Look at the stalk, as if it is made out of green felt. 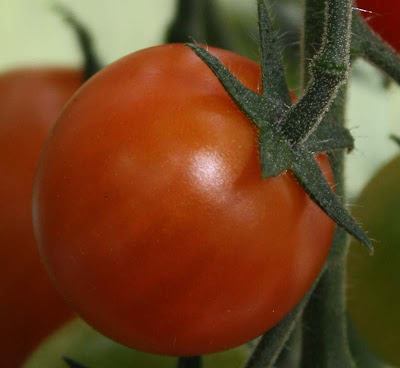 Over the past two weeks, we have only been able to harvest half a dozen cherry tomatoes here and there, but next week, they will be
literally ripening before our eyes. 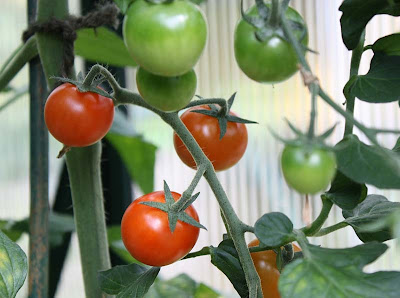 Ooh I better start thinking of those tomato recipes. 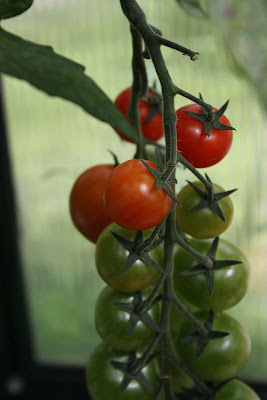 For those of you who have been following me from the start, you will know of Fitzy, my neighbour at plot 11. Fitzy is slowly moving to a new plot, there are two blackcurrant bushes on this new plot, that he does not want. I was talking to him earlier about the delights of blackcurrant cakes. He said that he didn’t have the patience to harvest the tiny berries, plus the bushes were overshadowing his onions, which have been a poor harvest. So he was going to dig up the blackcurrant bushes and throw away, that’s when I said Ooh if you don’t mind, we’ll take them off you. 'Your very welcome to them' says Fitzy. We agreed to dig them out this weekend. I know exactly where they are going.