Orange, yellow with specks of green and purple 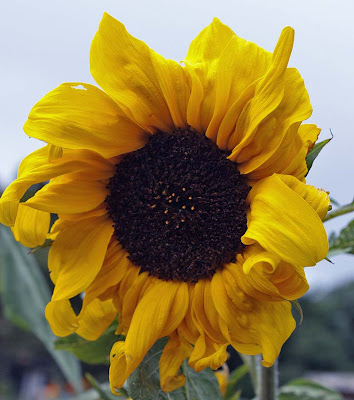 Finally and it has been worth the wait. My dwarf sunflowers have opened up their little heads. Here is one of them, fragile and raggedly, yet elegant. 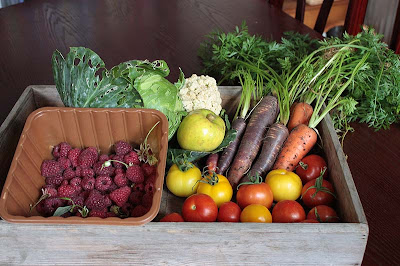 I know I harvested some veg yesterday, but today I harvested a little more. Some chantenay and rainbow carrots, a snowball cauliflower that I actually put into the compost bin as it was too gone, a cabbage that the snails were starting to make a feast of, and some Autumn raspberries. And my first apple from the James Grieve tree we planted early in the year in plot 45. I only saw two apples growing on the tree, but one had fallen to the ground early in the year. 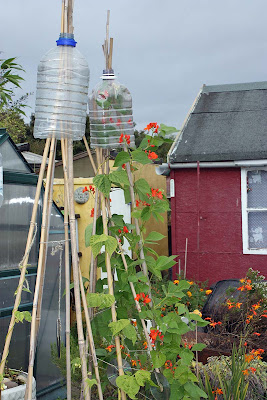 I still have scarlet runner beans and climbing beans growing, though not uniform. 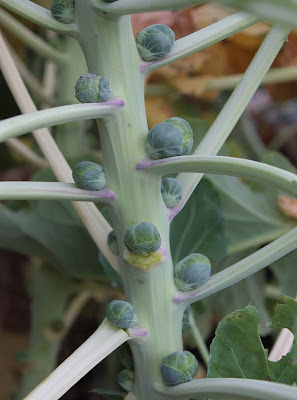 I decided to tidy up and weed one of the overlooked brassica beds and look what I found on the plot, silverline Brussels sprouts. I thought these were nine star white sprouting broccoli, as I planted them next to the PSB, but on closer inspection today, I realised they were Brussels sprouts. I really thought none of my Brussels sprouts seeds had germinated. I must have lost track somewhere along the way. It made my day, I am glad that I may yet have my own homegrown sprouts on my plate on Christmas day. 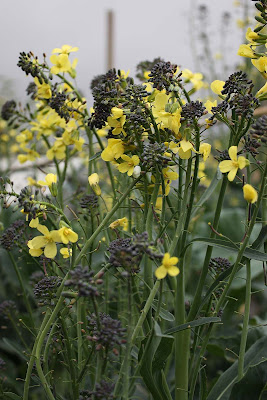 For those of you who have been reading my blog for a while, will know that I had planted out some PSB this year in March but it was growing early in July. Well guess what, it is September and I still have some growing. Admittedly, much of it has gone to seed, but it is definitely still growing. Look! 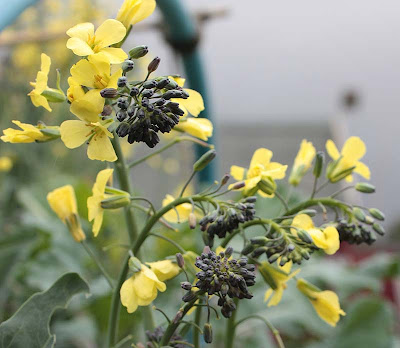 I still haven't been given the reason why it is growing so early and have not read of any other blogger encountering early PSB either, so if any of you kind readers has an explanation of why I have PSB growing in the late summer, instead of the following year, it would be most appreciated. For now, I will enjoy what is growing and count my lucky, lucky stars. 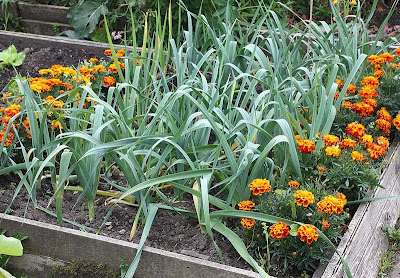 My musselburgh leeks are doing grand! I may take a couple of baby leeks out in a week or two. I still have another tray to go into the ground, so that will be a job for next week, as well as some curly kale and cavolo nero. 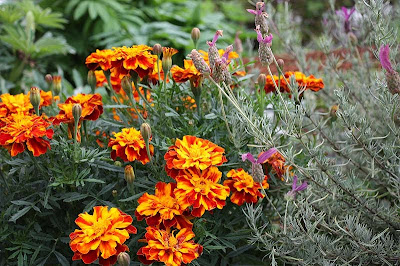 My lavender and marigolds are still thriving, continuing to add colour to the plot. 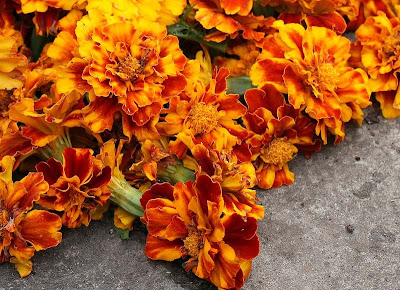 I decided to deadhead some of the marigold flowers. These marigolds are pretty much gone, honest. I would not have picked them otherwise. 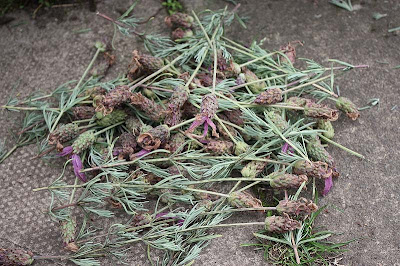 and some of the lavender flowers that were losing that vibrant purpleness. 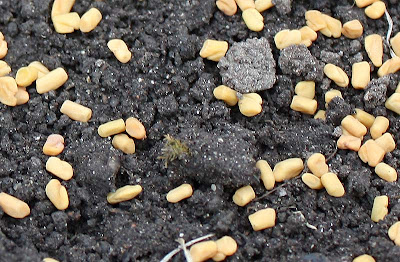 In one of the beds I generously planted some fenugreek seeds. It's a green manure, but it's leaf is also edible. I like eating fenugreek, so this will have a dual purpose when it grows. 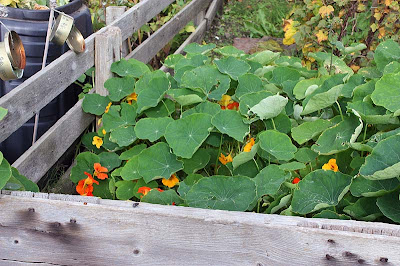