Scouseveg and some sights of Liverpool 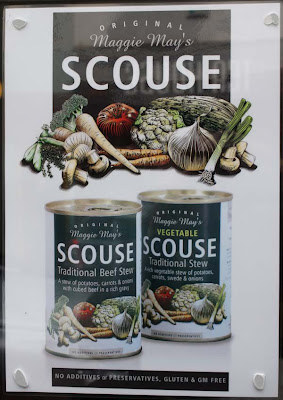 Some of you will note that I did not put a blog entry on Tuesday as I was in Liverpool that day for work reasons, but I did get some time to see some of the sounds and sights of Liverpool.

The Liver bird is a mystical bird, it is also the city of Liverpools proud motif. 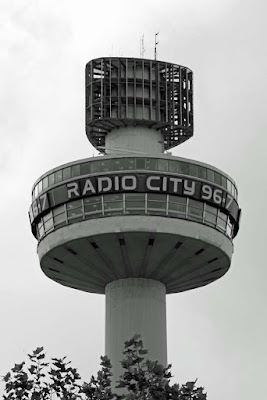 This Radio City Tower bang in the middle of the city centre was quite amazing to look at. Something you only see in some of those 1970s Hollywood movies, but not that often in the U.K. 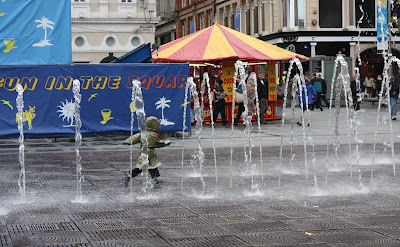 I had to capture this, you think its an art piece in Liverpool city centre, but it's actually a child running through the water feature - yes, fun in the square for some. I don't know why, it was pouring with rain pretty much most of the day. 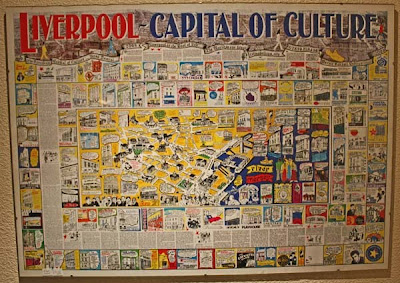 Not very clear I know, but I thought I would snap a picture of it, for the colours mainly. A pretty powerful poster outside The Merseyside Maritime Museum. The museum was opened in 1994 and was the U.K first museum to explore Transatlantic Slavery, since then more have opened up, most notably the British Empire and Commonwealth Museum in Bristol. 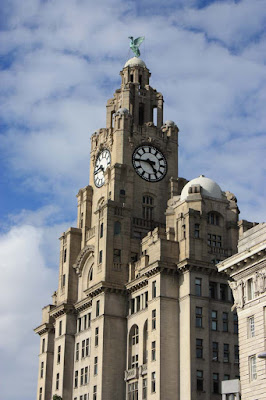 A famous scene of the Docks (above and below). 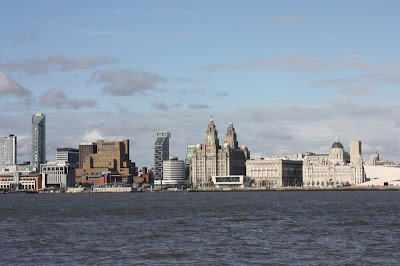 There were a lot of signs reminding people that it was illegal to consume alcohol in public places. I did see a lot of menfolk under the influence and some drinking cider straight from the bottle unable to walk in a straight line, but unlike those you see on a night out in the city of Glasgow, where some menfolk always appear to be angry with the ways of the world. And if you looked at some the wrong way, they'd threaten to either give you a 'Glasgow kiss' (a head butt) or 'stab you', so you just keep you head down and walk by very fast. In Liverpool, it felt different - those under the influence seemed 'chipper', and by chipper I mean smiley and light-hearted, which was strangely reassuring. 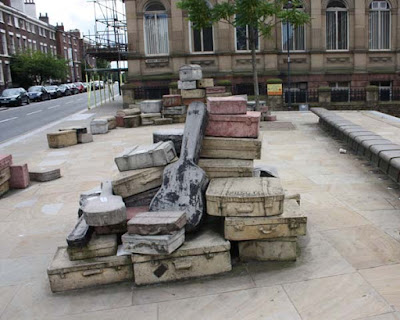 Some artwork. First I thought it had something to do with asylum seekers, refugees and even the Holocaust, but on closer look it was dedicated to some famous Liverpudlians who had left Liverpool for fame and gold elsewhere. 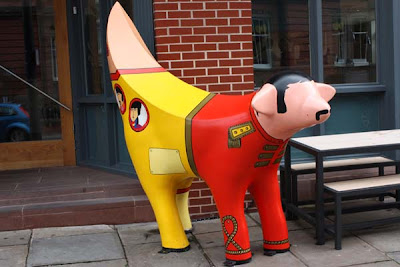 There were loads of these peculiar looking things dotted all over the city and even in shop windows. When I got back home and showed D, he told me it has something to do with the Yellow Submarine, but what do I know, I have never been a fan of the Beatles. 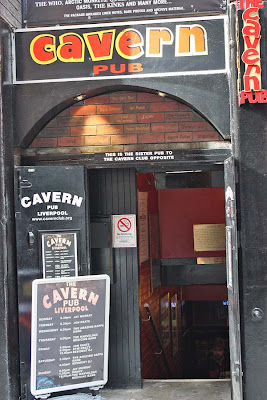 But when in Liverpool, do as Tourists do and check out some of the Beatles places, so that is what I did, just to say 'Yeah I've done that'. 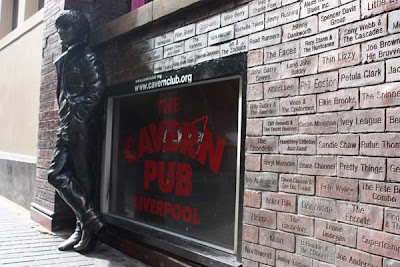 I was impressed with the bricks, all with names of famous bands and singers. Even ordinary individuals tried to sketch their names in, which made me smile. 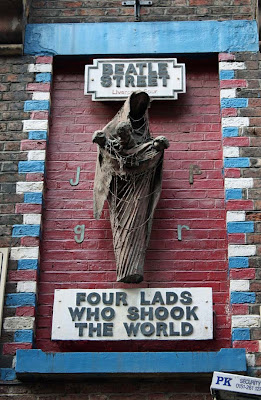 The plaque reads 'four lads', but I only see three. 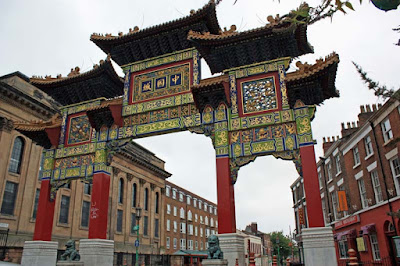 Stumbled upon China Town by accident, quite amazing. 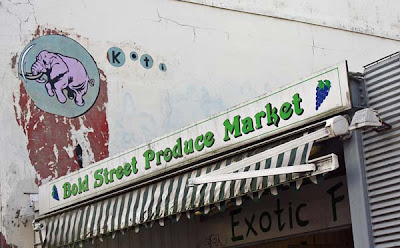 As I was walking down Bold Street, the Big Issue man stopped me and asked if I wanted to sign his petition, when prompted petition for what, he said the Bold Street Produce Market (above) was being closed down, because the council wanted to build houses there, and apparently this grocery shop was popular with many locals, as it was independent. So I signed it. I was impressed with it, it was very popular. 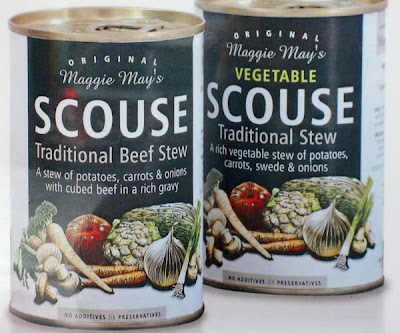 I didn't get the opportunity to check out 'The Egg Restaurant' a well known vegetarian canteen style eatery in Liverpool as I was with company and obliged eat at a generic Tapa Bar with the majority. However, I did see these tins being advertised in one of the independent cafes, so I thought I would pop in and get the Scouse Vegetable Stew, but unfortunately the cafe did not have any. Grrr. Maybe next time, maybe.

Email ThisBlogThis!Share to TwitterShare to FacebookShare to Pinterest
Labels: travel