The Haggis is English – apparently

Can you imagine the uproar this has caused in some parts of Scotland?!

According to Catherine Brown, author of Broths to Bannocks: a history of Scottish food and a leading food historian, the Haggis, Scotland’s most iconic dish, was an English invention that was adopted by Scottish nationalists. Brown has discovered references to haggis in an English recipe book dated 1615, which shows that the haggis was a popular delicacy in England at least 171 years before the poet Robert Burns wrote his famous poem Address to a Haggis. Brown believes Burns claimed the pudding as Scottish with his poem in 1786 because it was a thrifty counterbalance to the elaborate French cuisine popular in Edinburgh at the time. 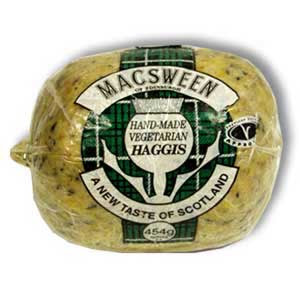 According to Catherine Brown, the earliest reference to the pudding is in The English Hus-wife, written by Gervase Markham. It was originally an English dish that was very popular among all people in England in 1615. Brown also highlighted that by the middle of the 18th century another English cookery writer, Hannah Glasse, had a recipe called Scotch haggis, the haggis that we know today.

Brown believes that nationalists may have appropriated haggis as a symbol of Scottish nationhood in the 18th century after the country lost its own monarchy and parliament following the treaty of union. Brown also claims that the word haggis is also of English origin.
James Macsween, director of Macsween’s, the award-winning Edinburgh haggis-maker, said that whatever its origin, the pudding would remain a Scottish icon. I agree, wherever it’s origins the Scots have truly made the haggis their own – afterall where else would you hear of the Vegetarian haggis, haggis pakora and haggis samosa. Scotland of course! To read more, click here.