Colours in the garden plot

It was an early start for me today. I got up at 4.00am this morning, as my mother and nephew were both due to fly back down to Wales. I took a few days off from work last week too, so it is also my first day back into work. 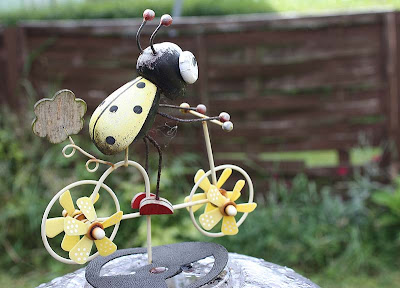 I had been neglecting the garden plot, so over the bleak weekend before he left my nephew helped tidy up the garden. While he cut the grass with the manual temperamental mower, D raked the grass cuttings and tipped them into the compost bin and I cleared the garden plot and some of the pots of weeds.

The cooking apple tree is looking rather disappointing, last year it was heaving with apples, so much so that I took basketful's into work. However, this year you can only see a dozen or so (that’s of course if they ain’t been knocked off by last nights gale force winds). 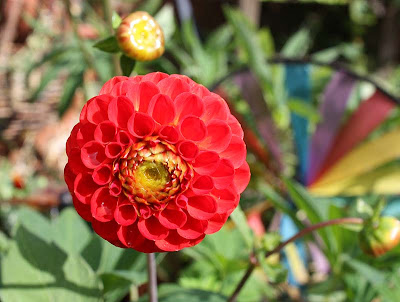 Please note, just because I have an apple tree in the garden, please do not be misled into believing I have a big garden, far from it, that is why I have an allotment. The garden is also on the edge of the railway track, so most days it is not the most pleasant of places to sit out in either, all that pollution and shuddering of the building does get me giddy, but I digress. 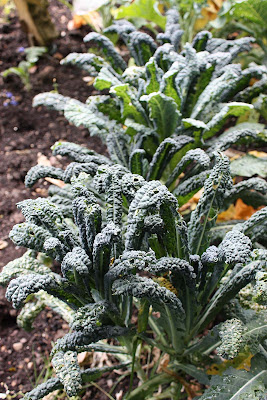 Back to the garden, when we moved into this flat, D lovingly dug me a 6 by 8 foot plot, in which we have Toscana di nero (black Tuscan kale), some broccoli, Bright lights Swiss chard all which are thriving happily. The rhubarb that I forced early in the year has already begun to retreat. I cleared the rocket that had gone to seed, as well as the remaining bolted green lettuces, most of which have been used in cooking for both lettuce flan and lettuce soup. In the corner of the plot, I noticed some volunteer Edzell Blue potatoes from last year, somebody didn’t do a good job of digging them all up. Tut tut. But that might be a good thing, we may have some ending up on our plate. 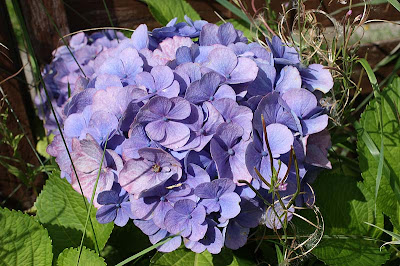 Growing in the border I have some herbs, as well as this so called hydrangea bush. Recently, Nic of Nip it in the bud and myself have been trying to identify these flowers. First we thought these were Azalea or rhododendrons, but later found out they were hydrangea. Most Scottish gardens have them and they come in so many vivid colours. 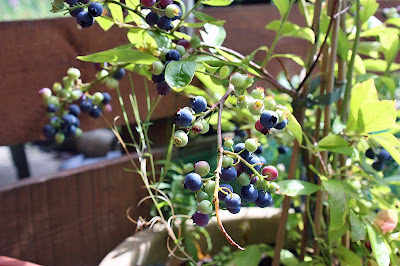 And how can I forget two pots of blueberries, one pot has none, but the other is producing for the first time ever. 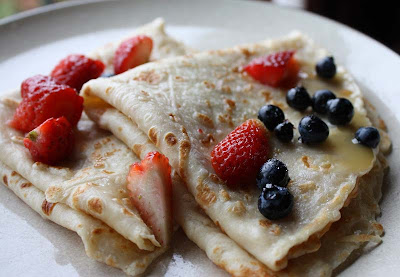 My nephew managed to collect about 100g - 150g, most of which we enjoyed with pancakes and lemon curd. What a lovely combination.