I think I may have mentioned my liking of Kahlua as my favourite night cap, especially on days when hot chocolate just won’t do. Kahlua is a coffee flavoured Mexican liqueur that adds a deep, rich flavour to many Mexican desserts. Well, I may not have red or white wine in the house, but I will always have a bottle of Kahlua tucked somewhere. To be quite honest, I had forgotten about the bottle until I came across it at the weekend, whilst house cleaning. There it was on the top of the kitchen cupboard gathering dust.

There are many reasons as to why I chose to make these Kahlua brownie with the addition of courgette: but it was really prompted by a comment left on my blog by Choclette. She mentioned that she had just enjoyed eating some of here homegrown courgettes. This reminded me that I too had picked up some green courgettes, not from the garden plot sadly, but from the grocers and had yet to use them. Choclettes comment was slowly persuading me make transform them into courgette soup, but then whilst thinking about Choclette, chocolate and courgettes, I remembered the moist chocolate courgette cake I made last year. Suddenly I wanted something sweet. But that cake was huge, too big for just D and me to eat, so I decided pretty quickly that I didn’t want to make that again. Then I recalled bookmarking a 'Kahlua courgette brownie' recipe in one of my under used vegetarian cookbooks. It didn’t take long for me to decide on making these. Funny how one thought can lead to another and then to a recipe. I made these last night after a not so pleasant day at work, I found it rather therapeutic that sweet baking smell. 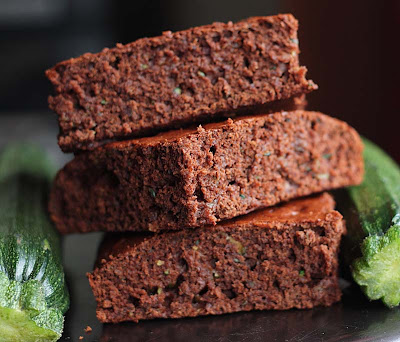 What I liked about these was the fact that they were not overly sweet. I also liked the way the green flecks of courgette have come through, like little shards of emerald glistening. The author of the original recipe describes these as a Brownie, I hate to disagree, but I think not. Brownies are rich and fudgy with plenty of chocolate, these were more sponge like. I do however think brushing the top with a couple of tablespoons of Kahlua liqueur changed that a little, so I’ve dubbed them Kahlua courgette ‘brownie’ bars, hence the ‘inverted commas’ around them. Oh for those of you who may think that courgettes are an unusual ingredient to put into a brownie. Well I’ve come across some brownies recently that have black eyed and black beans in them which I think is even more unusual. 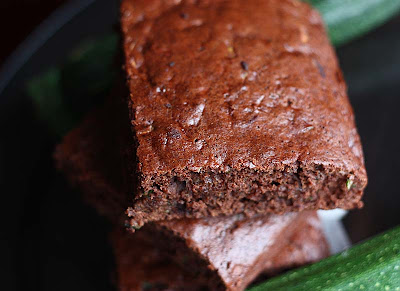 I dedicate these Kahlua courgette ‘brownie’ bars to my blogger friend Choclette, who comes up with some fantastic, innovative and tasty chocolate recipes on here blog Chocolate Log. My husband complains that I don’t make enough chocolate based recipes. I know he would fall in love with all of Choclette’s delights. So I’m secretly glad she lives down south, as I think she’d be a hot contender in the Sweet culinary department! 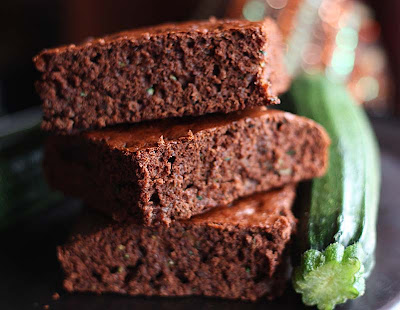 If you don’t have Kahlua, you can substitute any coffee-flavored liqueur here. Also if you don’t want to use alcohol you could use a strong coffee or expresso in its place.
Kahlua Courgette ‘Brownie’ Bars
Makes 6 large pieces or 12 respectable size ones
1¼ cup or 175g plain flour
¼ cup or 20g of unsweetened cocoa powder
½ teaspoon baking powder
½ teaspoon baking soda
½ teaspoon ground cinnamon
¼ cup or 50ml of Kahlua plus optional extra for brushing the top
2 tablespoons milk
2 tablespoons vegetable oil
2 egg whites, not whisked
2 teaspoons vanilla extract
2/3 cup or 120g sugar
1 cup or 130g courgette, grated
Method
Preheat the oven to Gas mark 6
Lightly oil an 8 inch or 9 by 7 inch tin.
In a large bowl, combine the flour, cocoa, baking powder, baking soda and cinnamon.
In another bowl, combine the Kahlua, milk, oil, egg whites, vanilla and sugar. Beat with a whisk until blended. Add to the dry ingredients, along with the grated courgette. Mix until all ingredients are moistened. Spoon into the baking tin.
Bake for 25 minutes, until a toothpick inserted in the centre of the cake comes out clean. Before cutting them into slices, you may want to (Optional) brush the top with a couple of tablespoons of Kahlua and let it sink in to further flavour the warm layers.
Cut into squares and serve with cream or ice-cream. Slightly adapted from The Vegetarian Gourmet’s: Easy International Recipes by Bobbie Hinman. 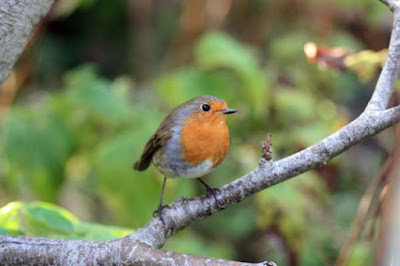