Part of the reason I post our travels around Scotland is so that family and friends who don't leave near by can enjoy them. I am also always delighted to read that fellow bloggers enjoy them too and really appreciate reading your kind comments. Thank you. 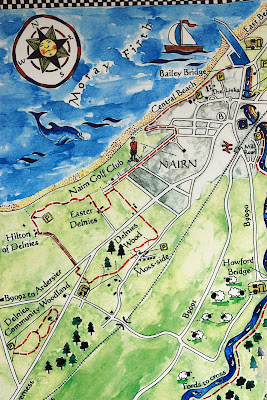 This is my final posting of my Highland adventures. Before heading back to the West coast our last stop was Nairn. Nairn has recently been named as one of the 'Top 10 up and coming Destinations'. Actually its in at number 9. Not surprising as it was once described by a visitor in 1886 as "the Brighton of Scotland". Its been a popular holiday destination since Victorian times. Nairn is located on the coast of the Moray Firth some 15 miles east of Inverness. It apparently enjoys one of the sunniest climates in the country, well not whilst we were there. It may have been heavy, it may have been light - but it rained, rained and continued to rain on us. Such is Scottish weather. Unpredictable. 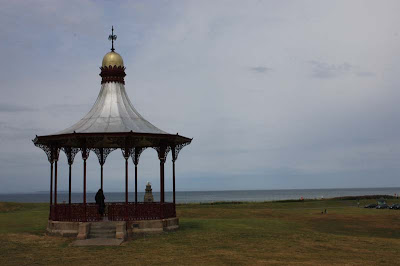 Early hours of the morning and the sandy beach is deserted. 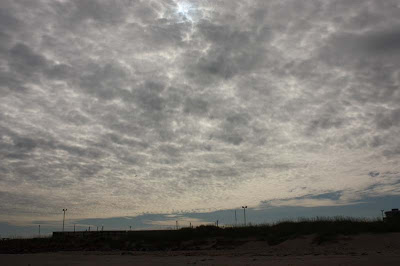 Maybe the menacing skies have got something to do with it. 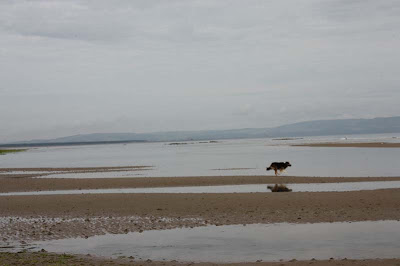 The skies didn't seem to bother this galloping dog - king of the beach! 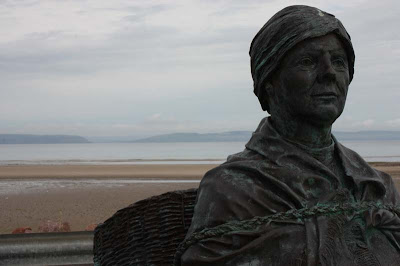 Like many harbours on the east coast is was developed as a commercial harbour for fishing boats. With the fishing industry in decline commercial boats have been replaced by leisure craft in recent years. For that reason Nairn harbour has become a popular place for tourists and boaters alike. 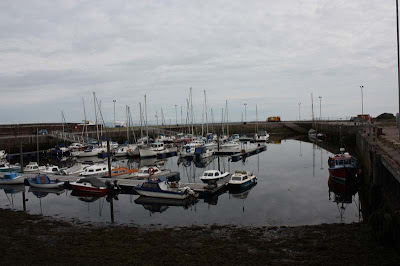 These days Nairn Harbour has been described as a cross between a harbour and a marina. I think it depends where your standing. 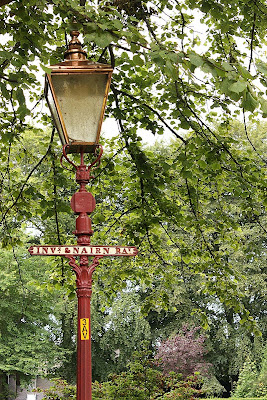 I really liked Nairn. Its High Street although small was bustling and thriving. I was extremely impressed with its number of independent shops and coffee and tea shops. 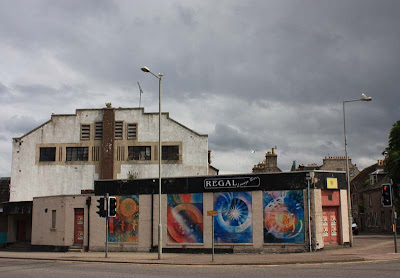 But sadly other parts not so much. Not far from here was the Nairn Museum run by volunteers. 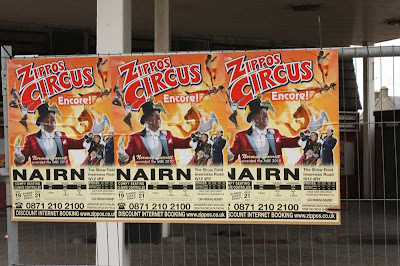 Sadly we did not get round to seeing the 'Moving automata' running at Nairn Museum, but this is the next best thing. A trailer on YouTube.
Fascinating don't you think!?
The exhibition runs up to the 25th August 2010. 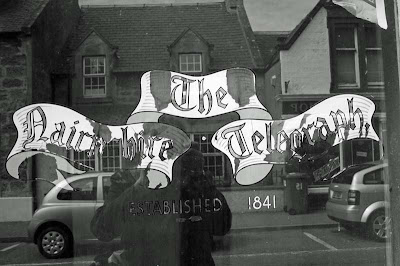 The Nairnshire Telegraph for Nainites! 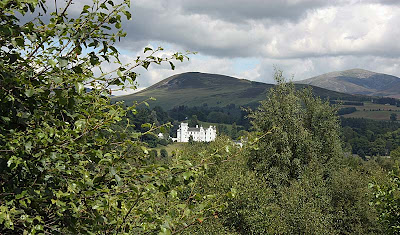 On our way back home, we had a wee break on the roadside only to discover Brodie Castle in the distance. Whoops, have just been corrected by a Nairnite - its not Brodie Castle, its Blair Atholl Castle, my husband did tell me this, but obviously I wasn't listening. Bad wife. 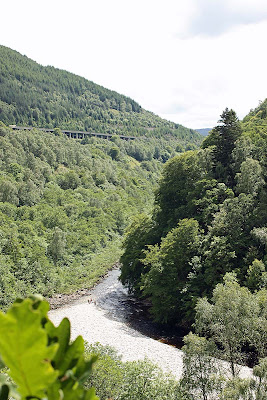