On the Highland Tourist trail

More to share with you of my long weekend Highland adventures. 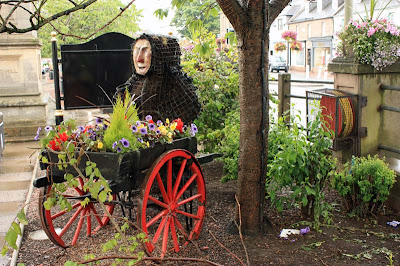 We arrive in a little place known as Beauly. Beauly lies on the north bank of the River Beauly close to the point at which it enters the Beauly Firth. The name Beauly comes from the French "beau lieu" or "beautiful place". Incidentally, its the name D wishes to give to 'our dog', that is of course when we adopt one. Anyway, this is Beaulys main square - its raining and this woman is not smiling, even she's tired of getting wet. 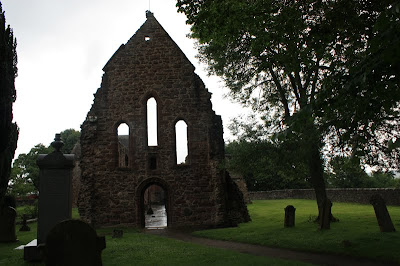 Literally a stones throw away from the Beaulys main square is the ruins of Beauly Priory. It was one of three priories founded in Scotland by monks of the Valliscaulian order, from the Burgundy region of France, in the years following 1230. 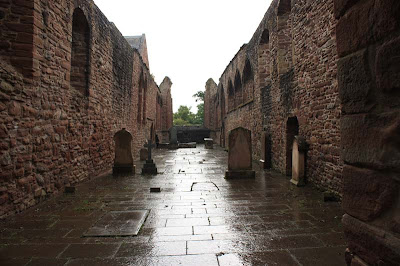 I appreciated this place much more. 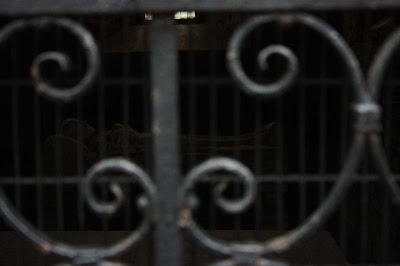 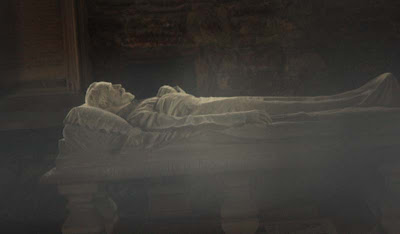 On closer inspection, you will note this space is actually a mausoleum. Its the only part of the priory in tact. Later I learned it was rebuilt in 1901. 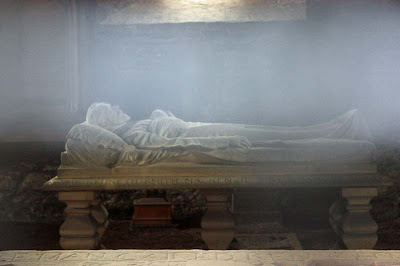 The mausoleum belongs to the MacKenzie family and this represents Kenneth Smith MacKenzie. 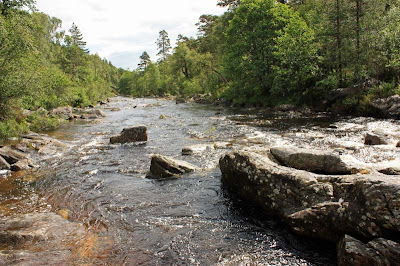 We took the road as far as we could to Glen Affric via Dog Falls. Glen Affric stretches for some 30 miles. 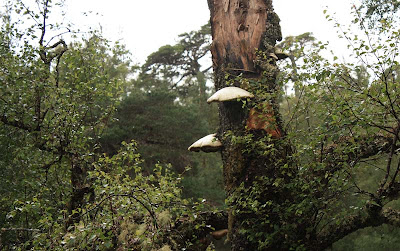 It has been described as 'the most beautiful glen in Scotland'. I cannot disagree at all. It contains one of the largest ancient Caledonian pinewoods in Scotland as well as lochs, moorland and mountains. This wide range of habitats make Glen Affric a haven for wildlife. 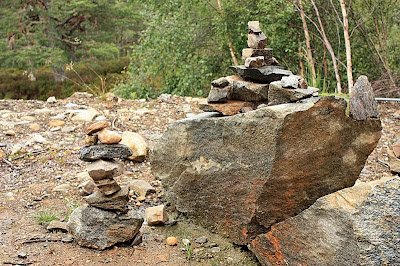 Even though it was raining, it was quite busy. As you can see from this image, someone had been busy playing stone jenga. 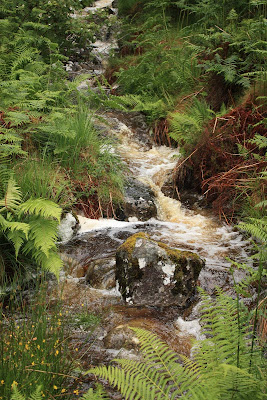 Its quite a steep drive. You also had to drive slow and occasionally allow other vehicles to pass by or overtake as the paths are quite narrow too. No road ragers welcome here.
A few miles to the east of Inverness was our next stop. This was Culloden battlefield, a place that attracts a huge number of visitors every year. This is when our membership with the National Trust for Scotland comes in handy, as we neither had to pay entrance fee or parking fees. As we walked through the visitor centre, D was extremely impressed. He said he felt he was walking though a large electronic book. 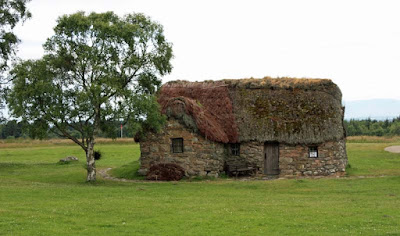 For those of you who do not know very much about Scottish history, Culloden is of significance importance. On 16 April 1746 the last battle to be fought on British soil took less than an hour to reach its bloody conclusion here on what is now know as Culloden Moor. It was not, as often portrayed, a battle between the Scots and the English: large numbers of Scots fought on the Government side while the Jacobite army included French units and some English Jacobites. Rather it was the last chapter in a sporadic civil war for succession to the throne that had been under way since 1688 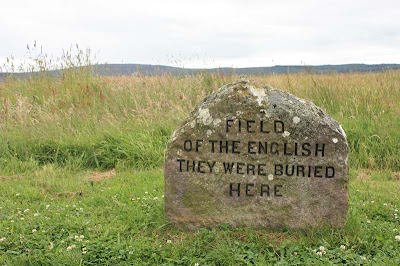 A modern marker to signify the grave of the English 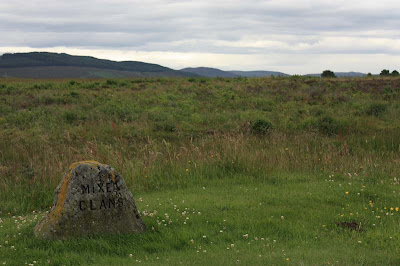 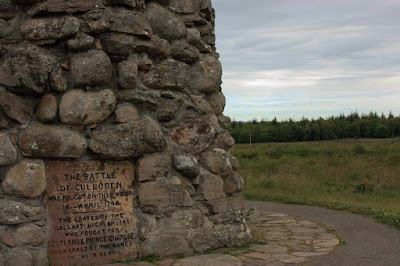 Inscription on the Memorial Cairn 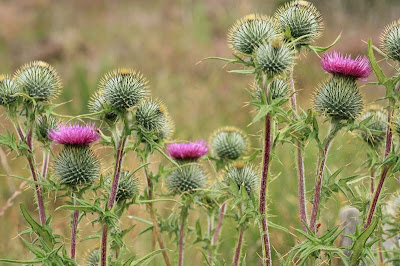 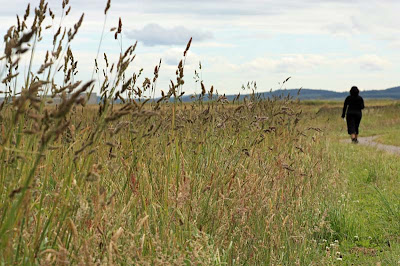 Walking through the Battlefield 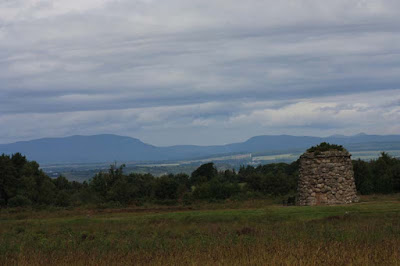 A mile to the south east of Culloden lies a very different link with the past: the Prehistoric Burial Cairns of Balnuaran of Clava, also known as 'Clava Cairns'. Most tourists pass this by, but not us. 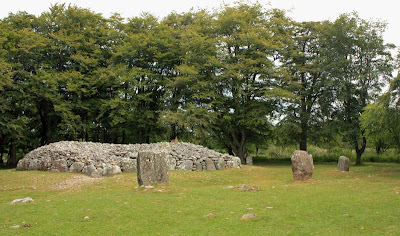 Clava Cairnsdates back to around 2000BC. I've been to Stonehenge, so I was personally pleased to see these stones, D not so much.

Our last stop of the day was Cawdor Castle. Cawdor Castle is a tower house set amid magnificent gardens in the parish of Cawdor, east of Inverness and southwest of Nairn in Scotland. It belonged to the Clan Calder. It still serves as home to the Cawdor family. Some of you may have heard about the castle for its literary connection to William Shakespeare's tragedy Macbeth, the title character of which was made Thane of Cawdor. However, the story is highly fictionalised, and the castle itself was built many years after the events of the play. 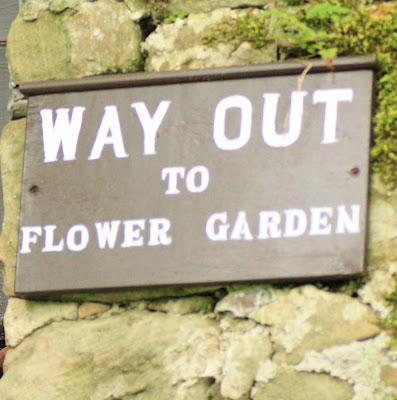 We did not go into the Castle and were quite content on just walking through the Cawdor Castle Gardens. 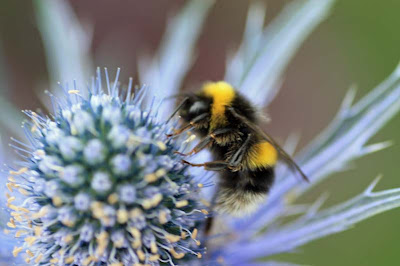 Taking in a bit of wildlife 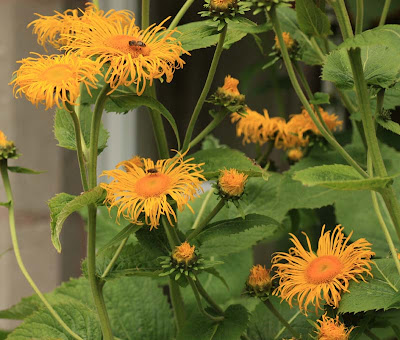 and a bit of colour.