Paper Boats and the Pakistani Café

Even though the weather was icy cold, this morning we decided to venture to a part of Glasgow that we are not that familiar with. The South side, a change from the West End. So glad we did it was a refreshing change. 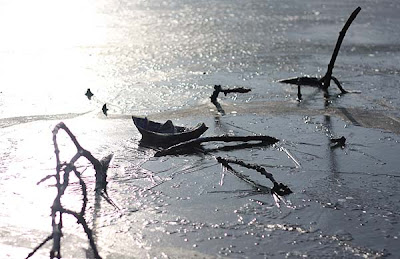 We got to Queens Park around 10am, there weren't that many people there. Some joggers and dog walkers. We casually walked though the park, stopping at the what is known as the Boat pond. As you can see the water has a layer of ice, and if you take a closer look, you'll see a paper boat. It made me smile. Unfortunately it wasn't going anywhere this time of day. 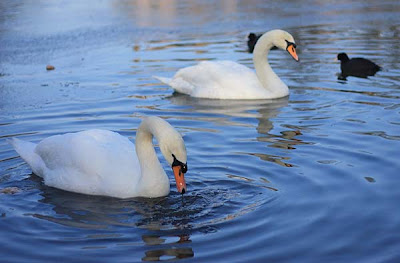 We walked to the other side of the pond, where the water had melted a little and the swans were feeding on something below the surface. Swans are so elegant. 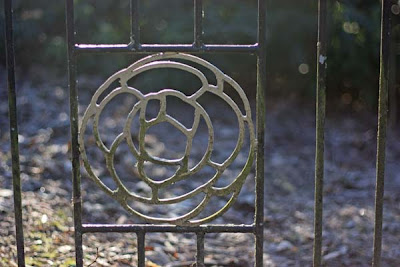 We weren't in a rush to do anything, just decided to get out of the flat and get some fresh air in our lungs. So walking slowly and exploring the park and its various paths was fine. We checked out the park map and noted that there were some allotments in the middle of the park, plus a Glasshouse Garden. So we decided to head that way. We couldn't see much of the allotment plots as it was surrounded rightly so with fencing, but we said to ourselves what a beautiful location in the middle of a park. 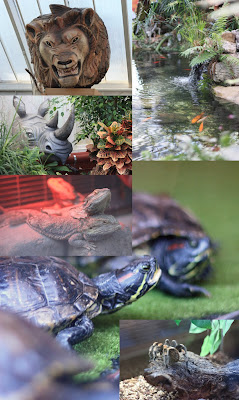 We stopped at the Glasshouse. In the glasshouse were housed some beasties and reptiles: rattlesnakes, terrapins, lizards, spiders and canary birds. For the space they had, this place was very impressive. 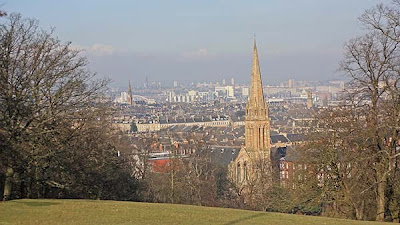 We stopped at the top of the park which was now gettin busier and took this picture. It is a view of Glasgow from the Southside. You can just about see the University from here, just. Honest. 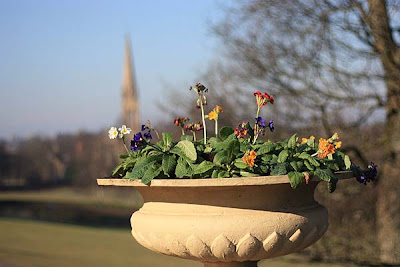 It was nice to see a little colour. You wouldn't think so, but it is definitely spring. As we walked down from the hilly part of the Park we became aware that on the other end, a Farmers Market was being held. Well I had to head that way. The usual stalls were there, a lot of meat and fish stalls. Only two vegetable stalls, which filled me with disappointment. 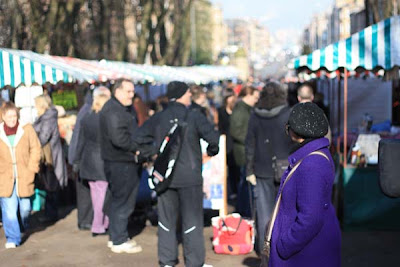 D asked me did we want any veg. I said 'yes, Jerusalem artichokes'. So we went over this stall to get some and guess what, they were all sold out. I grumbled to myself. However, what we did come away doing is signing up for a fortnightly vegetable box, I'll write more about that later in the week. After the farmers market we walked along the road and came across a Café called The Pakistani Café. I've read quite a number of positive and some alarming reviews about this place, so was eager to check it out for myself. 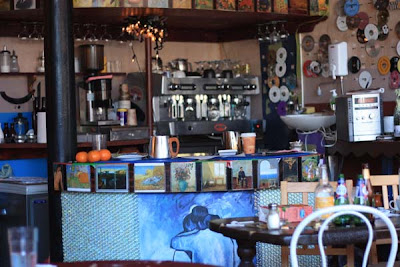 We were the first customers to be welcomed by the Proprietor Jimshaed, taking advantage of the situation we politely asked if we could take some pictures for my blog and he kindly obliged saying oh please, just go ahead. The decor is certainly different: colourful bunting hanging from the ceiling, some of furniture it handcrafted such as the wooden cut map of Pakistan on the door and the hand painted, yet uncompleted Arabic alphabet and numbers on the walls. There were a number of beautiful framed images imported from the Indian sub-continent, whereas others such as the famous artists artwork postcard could have come from an students art book, like the CDs glued to the walls and there was even some cute toy 'Indian-style' rickshaws dotted around the place. I really liked the place for its quirkiness. We weren't overly hungry so shared a plate of mixed pakoras. Let me tell you the spicy pakora batter was really light and delicious, D and me especially loved the red pepper pakoras. 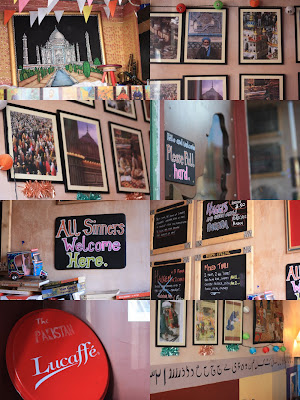 It wasn't long before the little place filled up. The atmosphere is welcoming, warming and enjoyable, but it is unusual. For a Leftist-Liberal place calling itself the Pakistani Café in an area that is predominantly Muslim, certainly causes issues for both the owner and those who live in the locality. But I liked it, I would go there again and I would recommend it to others, the little I had to eat was really tasty and great value for money. I think the chef in the kitchen is woman, I caught a peek of her, but didn't get a chance to ask Jimshaed to confirm if she was the cook. 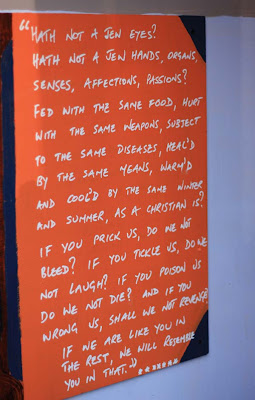 The café had a number of poems, some that dealt with the empowerment, the world we live in, and others simply reminded you of human nature. We will definitely be returning. 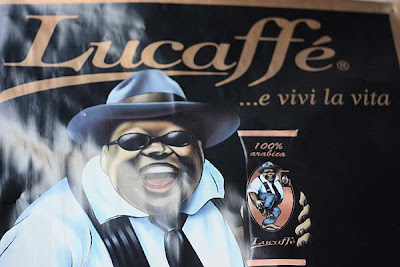 D liked this image for some reason. Don't ask me why. Sometimes, I don't share his sense of humour.