After Bastille market, we decided to take a stroll through Port Arsenal canal. 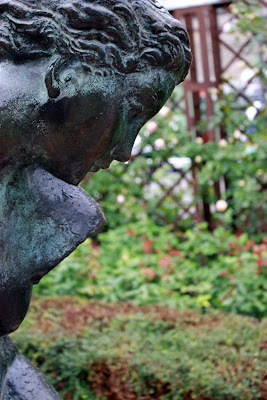 Typically it started raining again, this lovely female statue with her wet nose said it all for me. Give us a break rain, please! 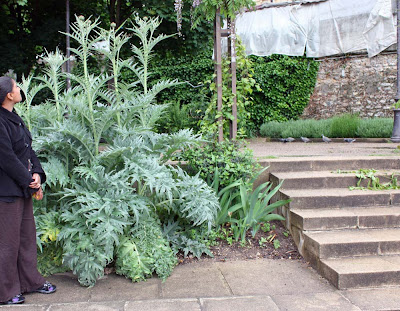 I came across these artichokes randomly planted along the canal, they were so tall, over six foot some of them. I wonder if my cardoons will get that tall? 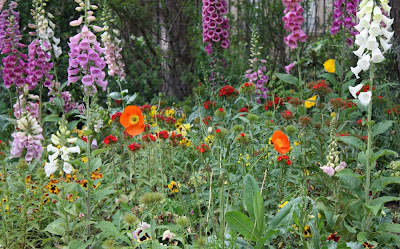 The colour of the wild flowers, yes it is spring, but you wouldn't think with all this rain. 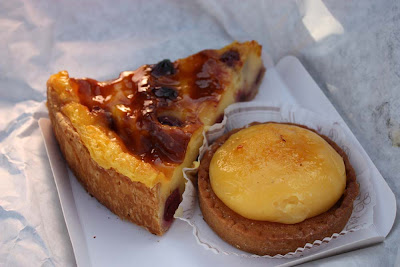 To cheer us up we got ourselves some more sweet french delights: D went for his citrus tart and I want for a flan with cherries. Delicious, not overly sweet. 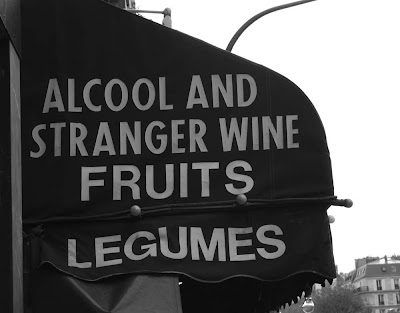 On our way to pere lachaise cemetery This sign made us smile, stranger wine. 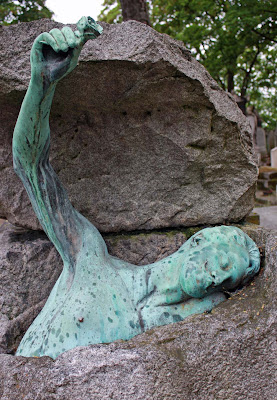 Some of the cemetery monuments were humorous, like this one. A young man with a glorious moustache holding a single rose. 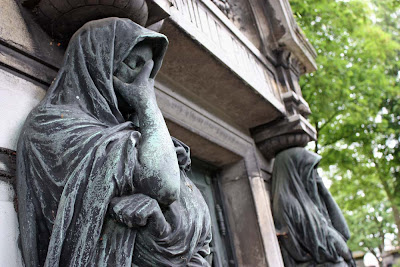 Others like these weeping women that pulled the heart strings. 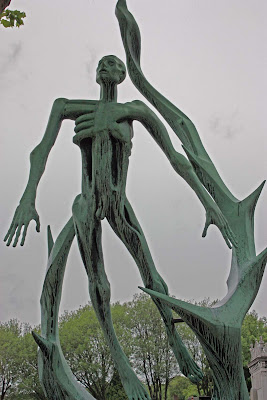 This one was quite powerful, a memorial dedicated to victims of the Holocaust. The cemetery was quite big, we only managed to see a quarter of it until the rain chased us out and back to the hotel to dry off. 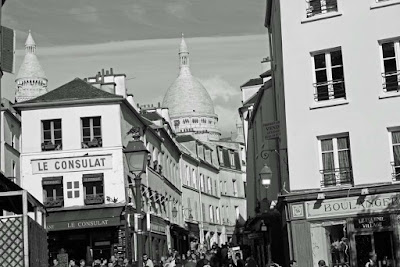 Later in the afternoon, the sun finally decided to come out and we decided to venture out again to Basilique du Sacré-Cœur de Montmartre. We bought our first souvenir for the house. Feeling quite pleased that the weather had changed for the best, we also decided to head off to the Eiffel Tower again as I wanted to see the Eiffel Tower twinkle. 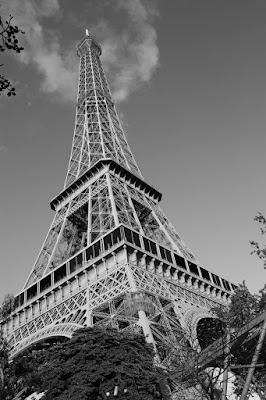 Not far from where this picture was taken, we sat down for awhile to watch other tourists and to eat these cherries that I had purchased this morning from Bastille market, the paper bag had got so sodden, that it burst open spilling some of my juicy cherries. Like a good tourist I did pick and dispose of them. 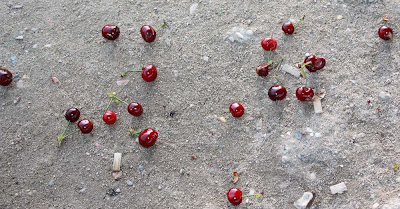 One of my work colleagues had told me about the Eiffel Tower twinkling on the hour every evening and it was a sight worth seeing. So in order to catch this spectacle at its best, we decided to take a boat ride on River Siene. The boat ride was to last about an hour and a half. I was grateful of the idea of sitting down and just watching the sights from my seat, as I was getting tired of doing any more walking. 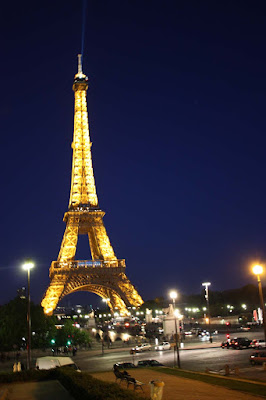 It was ten o'clock, we were still on the boat, but we had the best view when the Eiffel Tower twinkling on and off for a good five minutes. It was beautiful, I felt like a six year old child watching a Christmas tree lights being turned on. It was amazing. I thoroughly recommend it. 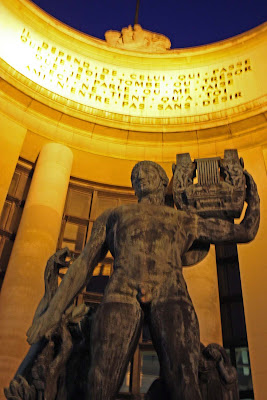 This was the best day we had in Paris.

Email ThisBlogThis!Share to TwitterShare to FacebookShare to Pinterest
Labels: travel