Enjoy the Taste of Scotland

I had forgotten that I had tickets to attend a preview evening of this event, which celebrates food and drink produced in Scotland. This event was taking place in Glasgow city's George Square, so this is what I did after a long day at work. 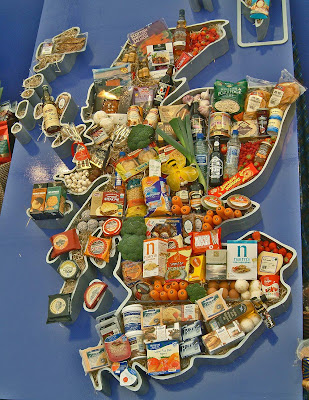 There was a lot of whiskey and smoked salmon in various guises on offering, but for someone like me who was to drive back home and a vegetarian. These were no no's. 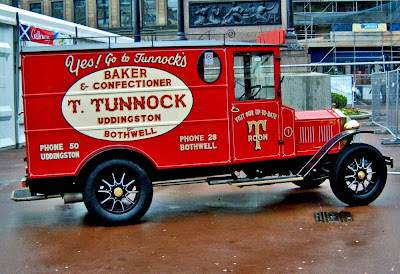 However, there were a number of other stalls to satisfy a vegetarian like me, some well known like Tunnocks, MacSweens (Vegetarian) Haggis... 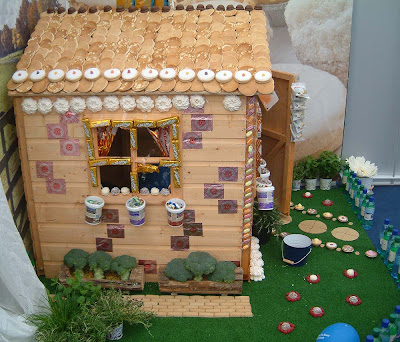 Scottish tablet, Scottish oatcakes, Scottish milk, Scottish shortbread and biscuits...many exhibited in this edible house, the pathway is made of oatcakes and the flowers on the ground of sweet cakes. 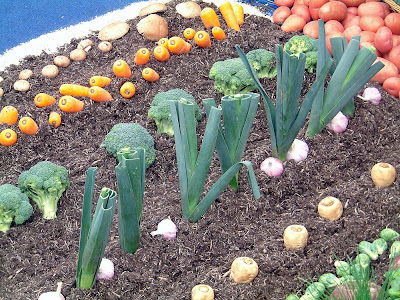 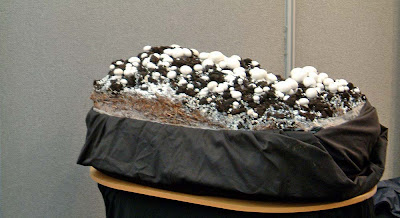 Some button mushrooms growing on a log. There was also Scottish mineral water, Scottish cheeses (mainly cheddar) and beers with evocative Celtic names. 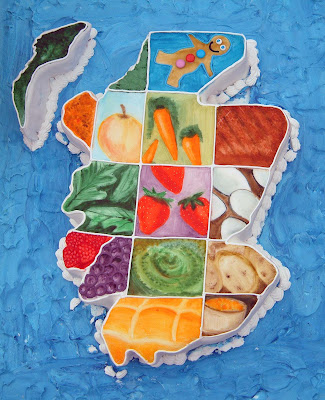 I wandered around and stopped at every stall that had something that looked vaguely vegetarian including yogurt, I would ask the stall holder 'is this vegetarian?' and a number of them would respond 'oh I don't know, let me check the labelling'. I thought to myself, I can also check the labelling, but this is a product that you are promoting and you don't know. One of these products had been marshmallows, from the labelling, these appeared to me to be vegetarian as they contained egg whites and mallow, but because of the lack of knowledge and confidence of the girl behind the stall, I did not get to taste this little bit of Scotland.
All in all, I was impressed with the food display at the entrance of this event, and the service of the waiting staff with their platters of Scottish morsels, all served with pleasantry and smiles.