On Friday, I left Wales and got the train to London Paddington where D met me. Before we travelled onwards to his mothers, we decided to explore a little more of London.  Last time it was Portobello Market, the West End. This time round it was Brick Lane in the East End of London. 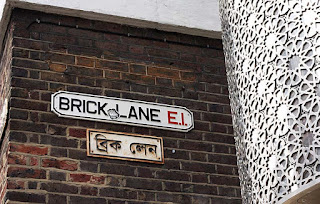 Some of you may know of  the novel Brick Lane by Monica Ali that was later made into a film of the same name in 2007, the story is based here.  Others may know Brick Lane for its diverse ethnic communities, namely the South Asian community made up of people from either Bangladeshi or Pakistani Sylheti backgrounds; as well as its Indian-style restaurants that are usually run by Bangladeshi entrepreneurs. For this reason, Brick Lane has been dubbed as 'Banglatown', the way some places get called 'Little India' or 'Little Mexico' because it appears to be dominated to a particular ethnic community.  Brick Lane is also known for its graffiti art.  Graffiti art has been made famous worldwide namely by Banksy, a nom de plume for an England based graffiti artist.  Some of his work can be seen at the Brick Lane Gallery.  I know this kind of street art is not to every ones taste, but I don't mind it if its done with real thought.  Sometimes I think parts of the Southside of Glasgow could be enhanced with a bit of thoughtful artistic colour. For a city famed for its arty museums and art schools, I don't know why its not taken off here, especially as the Westend of Glasgow often gets a good lick of paint, perhaps because that is where the tourists tread, unlike parts of the Southside.  Follow this link, this and this one for consented street art in the Westend of Glasgow.

Anyway, I digress - Brick Lane can be described as an open, free street art gallery that is updated pretty much on a nightly basis and I was here to enjoy its latest offerings.  Here are some of the street art that we got to see. 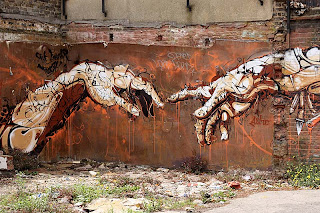 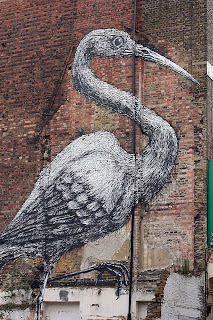 Brick Lane has a number of breathtaking street art such as this one by Roa. Roa is a Belgian street artists who is renowned for his giant black and white animals, many of which can still be found on decaying walls and shutters that come down at night. This magnificent Crane is the biggest of them on Hanbury Street. 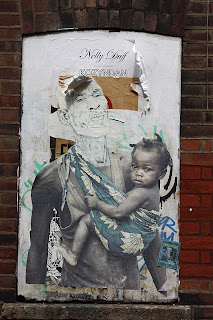 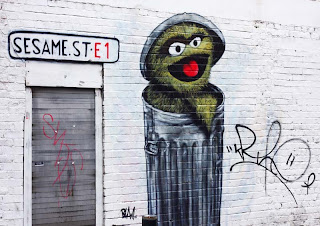 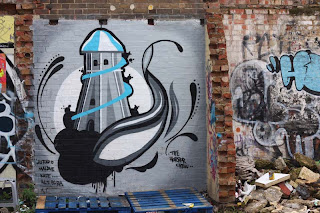 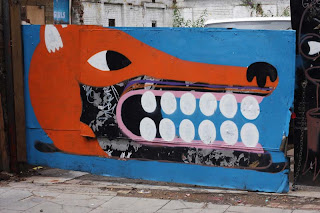 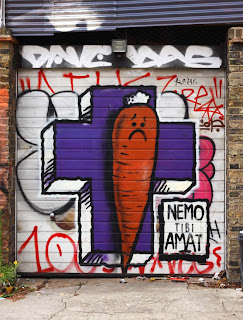 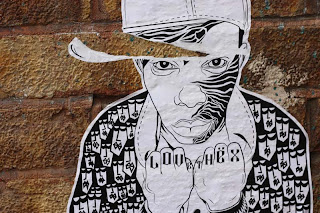 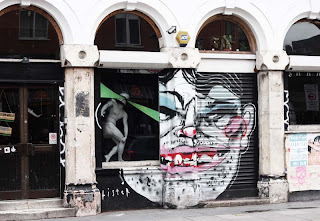 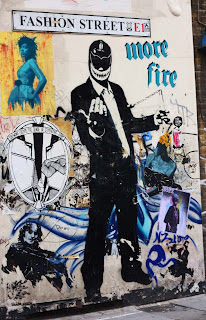 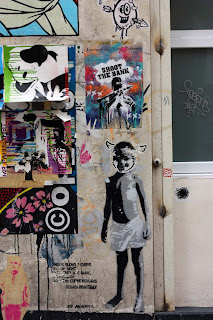 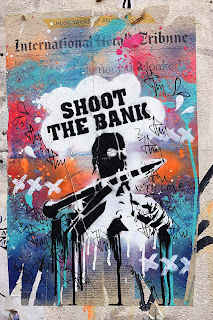 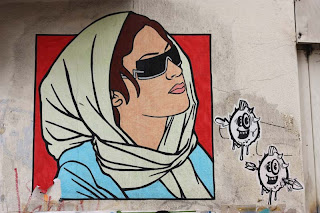 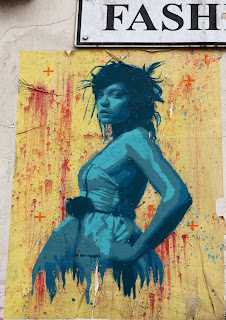 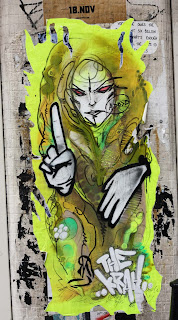 We stumbled across a  nook tucked in the East End where a Vintage Clothing Market was being held.  I had a good nosy round, but came out empty handed, D sighed with relief.  Whilst inside we stumbled across what I think was a student art exhibition.  Here are some pieces of work that caught my eye. 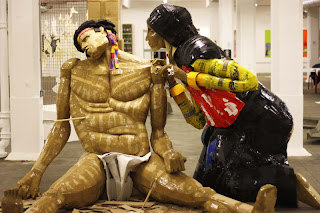 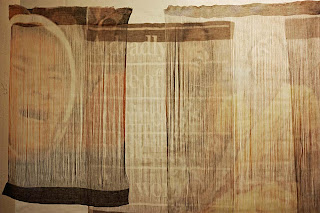 I really like this one (click on above image).  An image is superimposed onto a fabric that has been shredded - pretty effective. 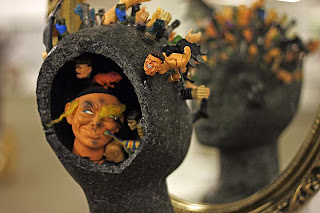 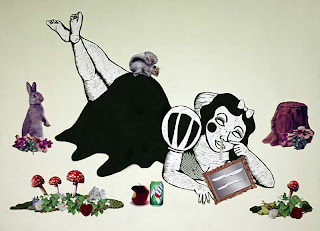 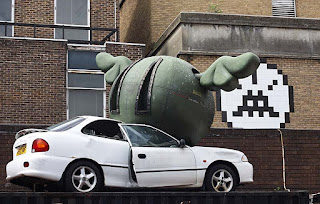 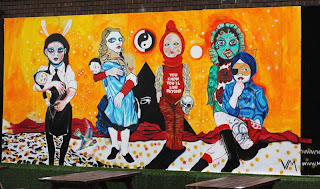 We also strolled in and out of Spitalfields Market and Petticoat Lane Market. 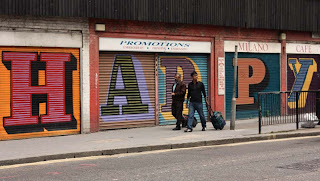 We saw this one on our walk back to London Fenchurch station to catch the train to my mother-in-law in Essex.  If you want to see more images, follow this link where the blogger has captured some other graffiti art in and around the Brick Lane area.