The Barras Market and Glasgow Green

Last week when we went into Glasgow city centre, it was hosting its annual Merchant City Festival, today  it was promoting the Glasgow Show at the Glasgow Green, the oldest of the city's parks.

We had no plans to go to the show, as we are watching our pounds and pennies, so it was just a wander to The Barras. 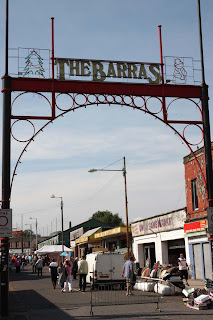 The Barras is a major street and indoor weekend market in the East End. The term 'barra' is Glaswegian dialect for 'barrow', relating to the market's early years, where traders sold their wares from handcarts. 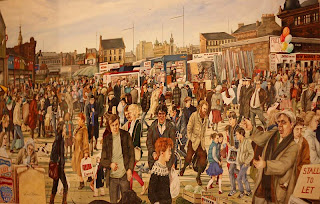 The painting above displayed at the People Palace is a pretty good depiction of the hustle and bustle of the market, full of character and 'characters', some selling bootleg cigarettes and tobacco in a very distinct Glaswegian accent. 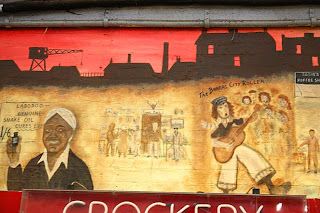 This piece of artwork was inside on of the buildings. 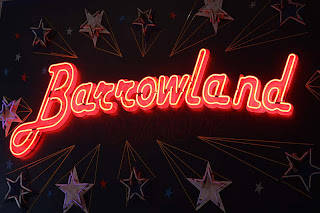 This photo was also taken last year at the People Palace and depicts the distinctive animated neon sign found on the front of the Barrowland building - not during the day though. 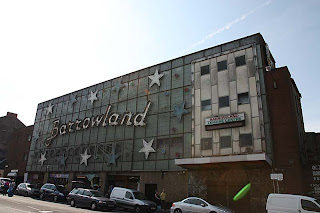 The Barrowlands originally known as The Barrowland Ballroom was a major dance hall, nowadays thought it is used primarily as a concert venue. I've seen a handful of bands there. If your an Amy Macdonald fan like me, on her album This is the life has a song where she mentions the Barrowlands. Heres a link to the song if you'd not heard it. 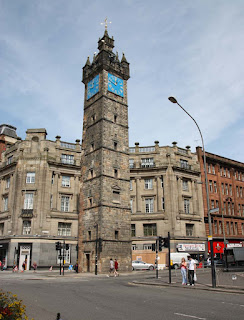 After mooching around the Barras, we walked past the Trongate and the area known as The Salt Market only to stumble across the Glasgow Show Parade on their way to the Glasgow Green to formally open the Show. 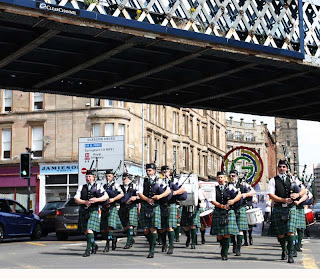 By no means is it anywhere near Notting Hill Festival, but it does its best with pipe bands, clowns and some vintage transport. 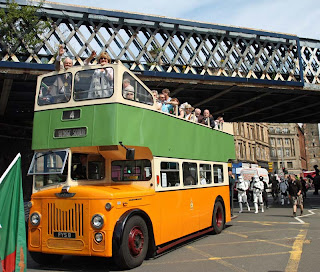 The parade was led by the Lord Provost. 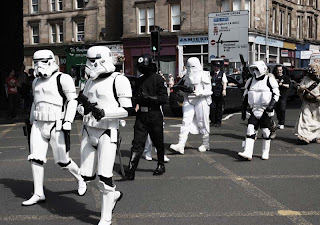 followed by some Space Troopers!﻿ 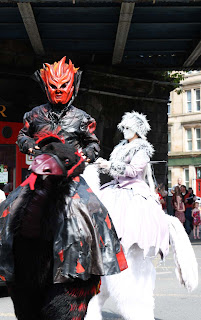 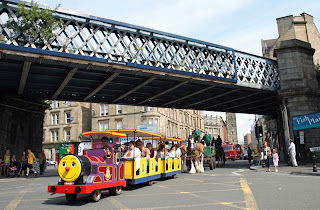 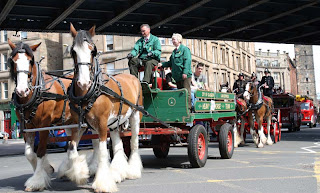 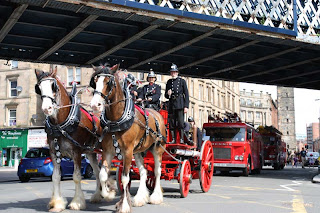 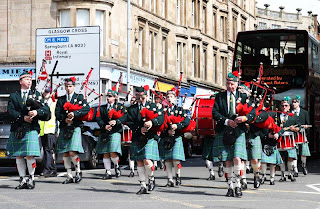 As the sun was shining, we took a little wander towards the People's Palace.  But we chose not to go in, as we had been there not that long ago - see here. 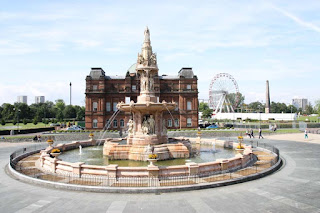 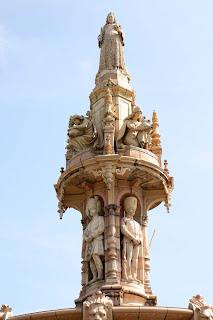 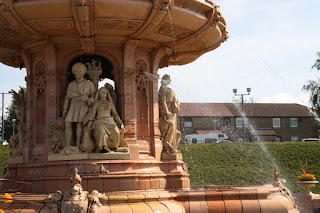 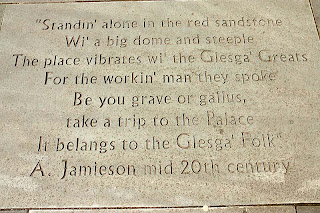 I don't remember seeing this at the foot of the entrance though - The People's Palace belangs to the Glesga' Folk.﻿