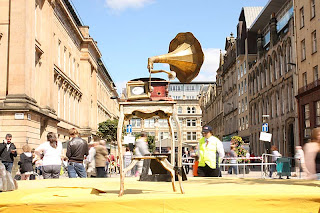 Yesterday morning we visited Glasgow where the city was hosting its annual Merchant City Festival as well as a Continental Market.  The MCF is a celebration of Scotland's theatre, music, dance, comedy, visual arts, Literature, film and fashion in Glasgow's trading and cultural quarter.

Here are a handful of snaps that we took. 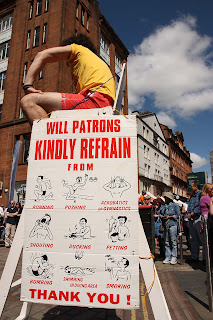 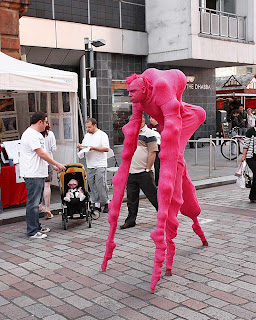 This vivid pink creature was part of The Invasion Project by the Ljud group which has travelled from Slovenia to perform at the event. In relation to street theatre, I think they may have stolen the show. 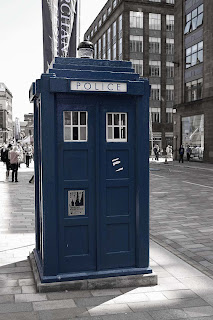 This Police Telephone Box has nothing to do with the festival.  Its a permanent feature in the streets of Glasgow.  Some of you may be familiar with the one called the Tardis from the Dr Who series.  Sometimes you'll find it wrapped in a knitted scarf where its been yarn bombed, but not today. 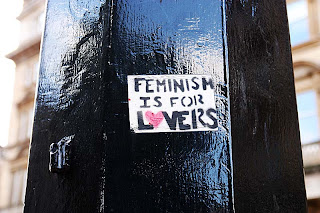 After wandering round and round the Merchant City area we wandered towards the Trongate on Argyle Street and noted this man dressed like Gary Oldman from the 1992 version of Dracula. He was standing at the entrance of a long dark lane that once used to be the path to the Glasgow Women Library, but has since relocated. 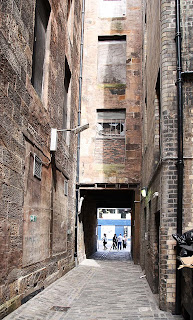 Today the doors to the conservation building known as the Britannia Panoptican Music Hall were open and this man was encouraging people walking by to visit.  This marvellous building  is reputed to be the oldest surviving music hall in the U.K.  I have often visited the Panoptican Shop on the High Street, but never the theatre itself so was quite excited. 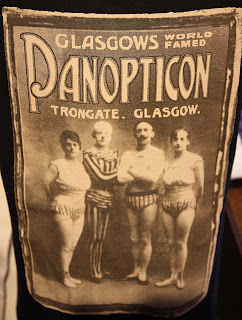 I have to admit, I really liked it; and dare I say it?!  I personally enjoyed it more than the MCF. 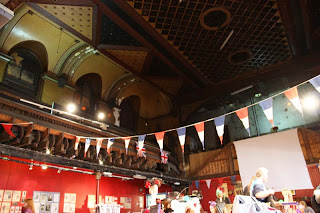 Not only is it a fascinating building, it is steeped in rich history.  Sadly the Panopticon Music Hall is not open to the public on a daily basis.  It was open today in conjunction with the MCF festival, however if you wish to visit it check out its website as its supporters do hold various events there.  I had intentions of going  back in the evening to watch Tod Brownings 'Freaks' at the auditorium, but got distracted with other things at home. 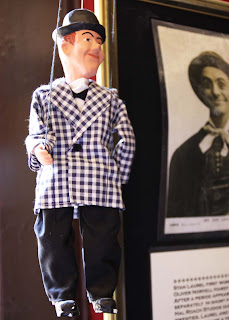 Stan Laurel, one half of the Laurel and Hardy Show made his debut at the Panopticon in 1906. 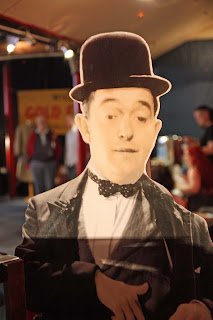 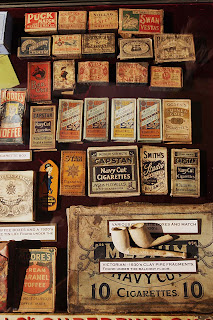 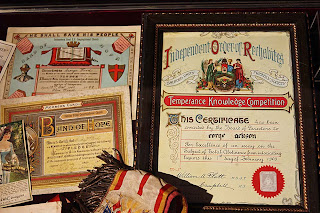 The building was also hosting a Vintage Fair. 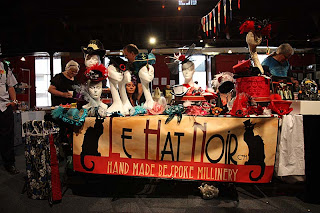 I didn't buy anything, but my nephew came out with a flower brooch for my mother, his grandmother. ﻿

Email ThisBlogThis!Share to TwitterShare to FacebookShare to Pinterest
Labels: events, Parts of Scotland