During my student days, I made a cola and chocolate cake for a friends birthday. To make the cake aesthetically pleasing, I could have easily decorated it with those gummy zingy cola bottle sweets, but I chose not too as they contained animal gelatin. 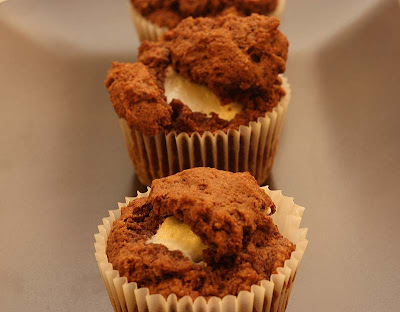 I can’t remember how the conversation started, but I was telling a colleague at work this and she advised that nowadays there are kosher and halal cola bottles and marshmallows. I appreciated my colleagues knowledge around this and her interest in my diet. She was right to point out that there are some products that are 'suitable for vegetarians and vegans' such as halal ‘Jellies’ that are either made with guar gum, caragheen or agar agar, but not all. Kosher essentially means suitable for Jewish people and Halal essentially means suitable for Muslims as the animal had been ‘sacrificed’ according to the rituals of that religion. The sweets she was referring to were still made from animal extracts, they just happened to be kosher or halal, but not necessarily suitable for a vegetarian or vegan diet.

However, on the positive side things have changed for vegetarians and vegan who used to miss out on certain sweets associated to their childhood or aspects of comfort eating like hot chocolate with marshmallows on a cold day. Nowadays, you can now purchase vegan marshmallows, gummy bears, wine gums and even cola bottles, the only drawback for a small portion they are all of course a little more on the pricey side, but hey that is a price some of us choose to pay in the larger scheme of things. 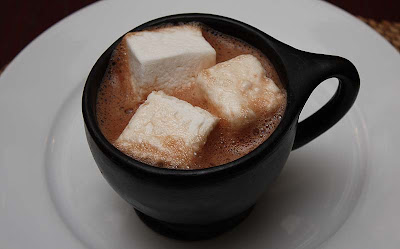 So why am I talking about cola bottles and marshmallows. Well, I carried out another baking experiment. I had some vegan marshmallows from Christmas that were approaching their use by date. I had won a muffin cookbook early in the year which contained a recipe thats been calling out to me: Marshmallow, Cocoa and Cola muffins. 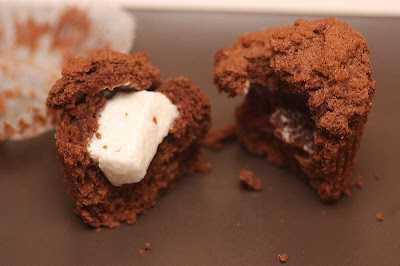 I thought why not attempt making a vegan version of these. I am pleased to boast yet again, that they have been successful. This was the first time I had ever baked with marshmallows and replaced the egg with a vegan substitute of ground flax seeds. 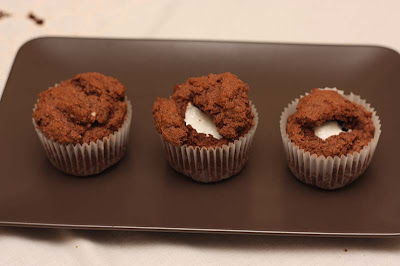 These muffins were absolutely delicious. The top was like a soft cookie, inside it was soft like a brownie but not overly sweet. The mallows held their shape really well and melted in the mouth. The only criticism I have and it is a very small criticism, neither D or me could taste the flavour of the cola in it at all. 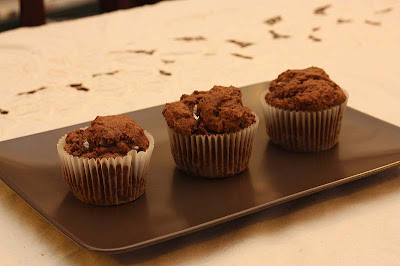 Vegan Marshmallow, Cocoa and Cola muffins.
Makes 8
Ingredients
1 ¾ cups self-raising flour
2 tablespoons unsweetened cocoa powder
1 teaspoon baking powder
Pinch of salt
½ cup caster sugar
1 tablespoon ground flax seeds mixed with 3 tablespoon water (or 1 egg lightly beaten for vegetarian option)
6 tablespoons vegetable oil
3/4 cup cola
¾ cup vegan mini marshmallows (or cut some large one into 8 small pieces)
Method
Preheat oven to gas mark 4. Line a muffin pan with muffin cups. Mix the flour, baking powder, salt, and sugar in a large bowl. In another bowl, mix together the ground flax seeds (or egg) and vegetable oil. Add the cola, then pour the cola mixture all at once into the dry ingredients and mix briefly until just combined. The mixture will thicken up here but don’t worry. Place a large spoonful of the batter into each muffin case and add a piece of marshmallows, keeping them in the middle of the muffin. Spoon the remaining batter on top, dividing it evenly. Bake in the oven for 20 – 25 minutes, or until well risen and firm to the touch. Serve warm or cold when it will have a brownie like texture. Recipe adapted from Catherine Atkinson’s Muffins Galore. 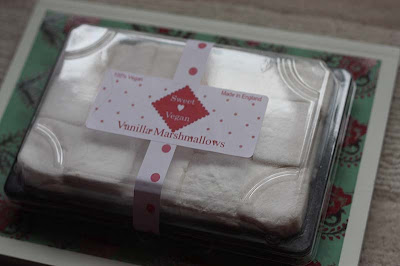 We don’t partake in Valentine Days activities, but I think I may have to bat my lashes at D for another box of marshmallows, as my Birthday is a long, long way now. Or maybe I’ll try making my own. Oh if your new to my blog, you may be interested reading more about marshmallows and me.