We've been thinking about moving away from the outskirts of the city for a while, as we could get more for our income, a house in fact, so yesterday we took a drive to the West coast of Scotland, we stopped in places like Beith, Dalry, Kilmarnock and Kilwinning. Then we got distracted, as we stumbled upon an old fashioned working grain Mill that is powered by water. The mill has been on the site since 1203. Dalgarven Mill is also part of the Museum of Ayrshire, Country Life and Costume which shares the life, social and economic history of that region. 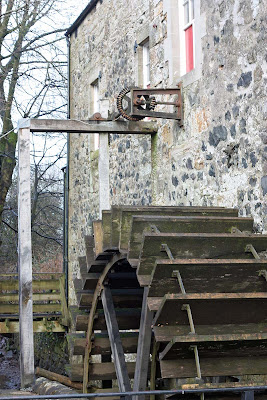 Our intention was just to have a coffee in the Millers Kitchen, who incidentally are part of the Ayrshire Food Network and then head back out, but we were charmed by the inside and the hospitality of the woman who served us our coffee, that we decided to purchase two tickets to tour the mill. I have to admit I wasn't really that excited at the thought, as it looked very small and thought it would be a quick visit. 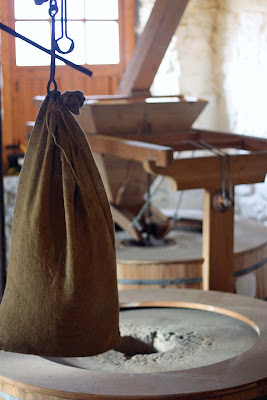 But I was pleasantly surprised, we must have been in their for a good hour. The mill is like a Tardis and has three floors. 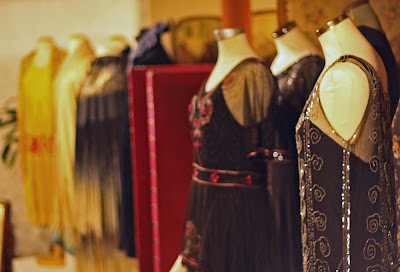 As you enter you are welcomed by the most beautiful Edwardian dollhouse. It something that you have to see in person to appreciate, so much detail. I know as a woman of colour, the 1920s would not have a welcoming environment for me, but I certainly love the fashion of the roaring 1920s. I discovered and fell in love with the 1920s fashion in my early twenties whilst watching episodes of House of Elliot. A wonderful, softly spoken gentleman gave me a peek preview of some of the Victorian outfits that would be displayed to the public around Easter. He also showed me some 1920s outfits, that were not only beautiful, but delicate, made with lace, hand-painted in gold or embroided. I was honoured and Thankful to have been able to get up close and personal. Many of these beautiful, handmade outfits were donated by local families. I later realised the gentleman was Mr Robert Ferguson the owner of the Mill. 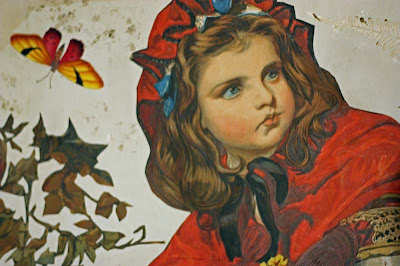 Then D and me went up the wooden steps. There was so much to see, especially toys, craft work from the period. Paper crafts: little red riding hood I think. 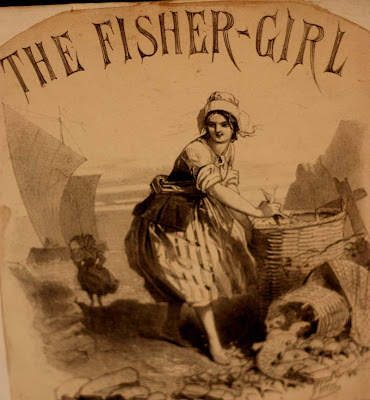 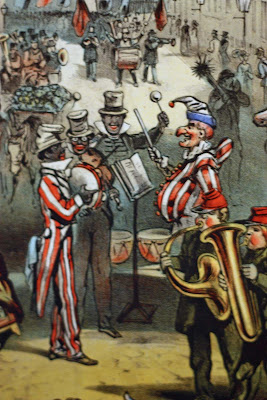 This Punch image from the nineteenth century seems to depict a procession or family fun fair day. I can't quite work out if these were black men dressed to look like minstrels or white men dressed as minstrels, my guess is the latter. The image also has men and women of a certain social class dressed in their finery's, as well as drunkards and chimney sweepers. It is an interesting social commentary on the time. 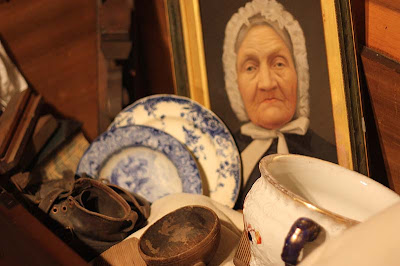 For me this was perhaps the most poignant. It is connected to the Highland clearances, as well as emigration of Scots to countries like Australia and Canada choosing to leave behind their life of misery and poverty in Scotland, for a better life elsewhere, like any migrant or refugee. 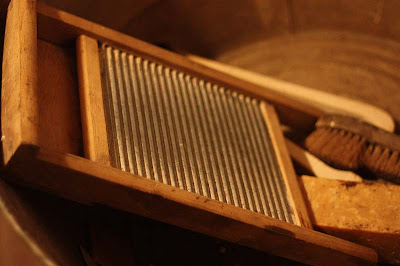 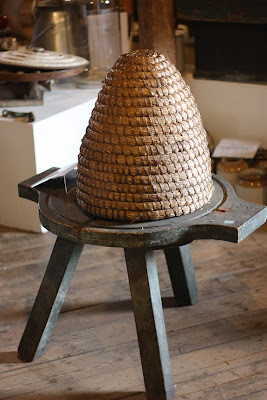 I can't remember what this was. It may be connected to beehives, but I am not sure. 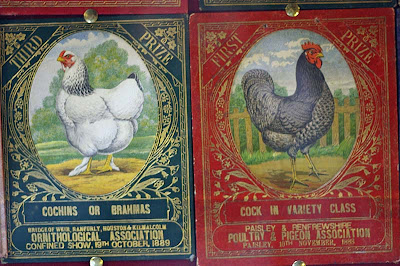 Classy! You don't get showmanship prize badges like these nowadays. 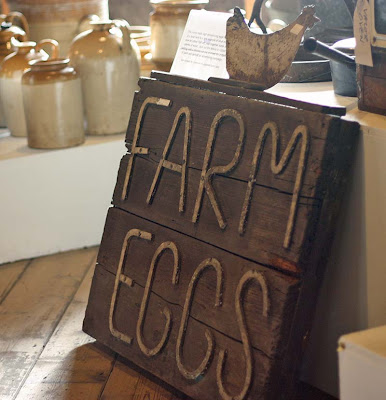 Any farm would be proud to display such a sign. I know I would if I had a smallholder. 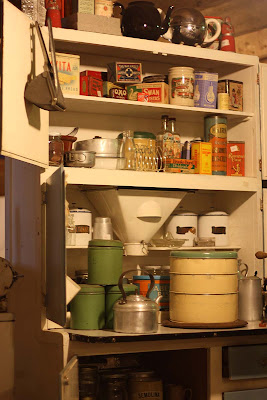 This was another one of my favourites. It is a 1930s kitchen cupboard. One of the local families donated it to the Museum. I loved the story that went with it. If you look closely at the top of the cupboard, you will see a plastic Santa Claus. The person who donated it shared a story behind the Santas. His mother was English and his father, a Scotsman would not allow them to partake in the festivities of Christmas. However, when his father was away from the home, his mother would bring these out two Santa characters and he and hsis siblings would just look at them with glee. Awww. How mothers please their children. I love the three tier cake holder too. 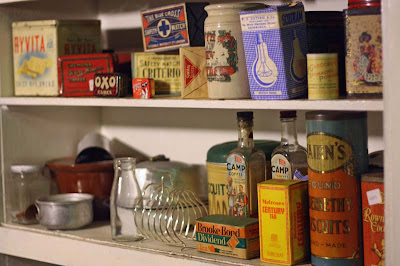 A close up of some things you may have found in a 1930s kitchen. 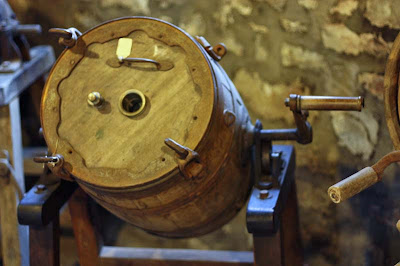 A creamery - a butter churner. 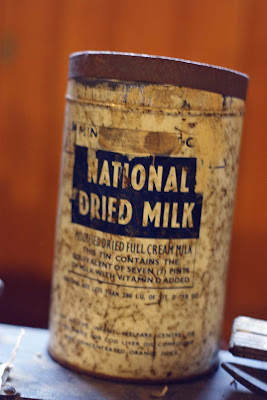 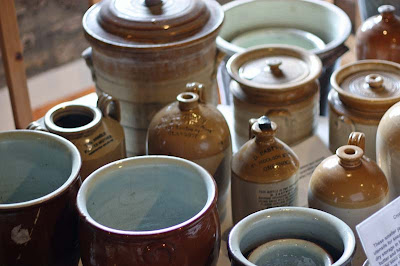 These pots, bowls and pot belly jugs are pretty standard in many Scottish museums, but I have never seen so many in such a small space. 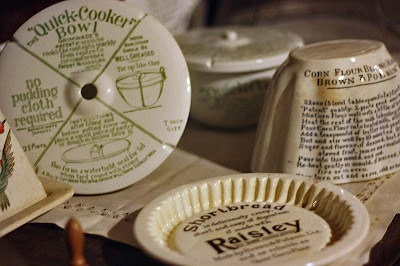 A jelly mould on the right and a antique Shortbread mould advertising Raisley raising powder. 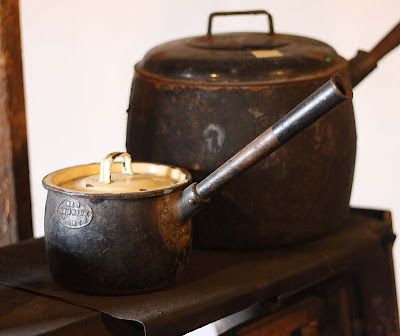 Too hot to handle. Some well used cooking pots.
I thoroughly enjoyed myself and would recommend anyone in the area to visit. I intend to go back in the near future. To end our time there, we had a bowl of lentil soup. I was tempted to have a clootie dumpling as well, but decided not too, as I had some of my own home-baking in mind.