When I leave home for work in the morning: its dark and when I get home in the evening its still dark. 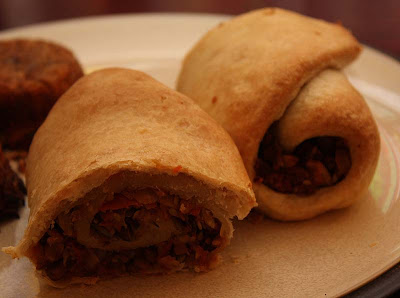 I still had some of the filling left over from the 3 Seeds Tartlets, so I decided to use the reliable ready-rolled puff pastry again. This time though I spread the mixture evenly over the pastry layer and then rolled it up like a Swiss roll. Baked in the oven for 25 – 35 minutes until it was golden. 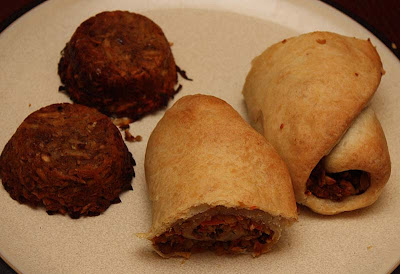 I guess you can even slice them into individual portions and bake them face up, so that they would puff up almost like savoury palmiers. I served these with gravy, some of our homegrown peas that were in the freezer, as well as these little spicy parsnip cakes that I’ve made before. I do think that both Garam masala and cumin enhance the flavour of parsnips.  In fact I'd go as far as saying they make a perfect parsnip-ship and this is certainly a combination I'll be using a lot in the future. 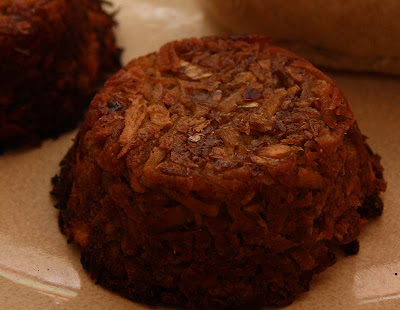 I did modify the original spicy parsnip cake recipe a touch. Instead of boiling and mashing the parsnip, I grated them and then baked them individually in a muffin case, rather than a large cake tin. I think that’s why they are a little more ‘golden’, still spicy though.