Yesterday, we decided to take the train into Edinburgh. We were only here a couple of months ago, when we explored Leith. 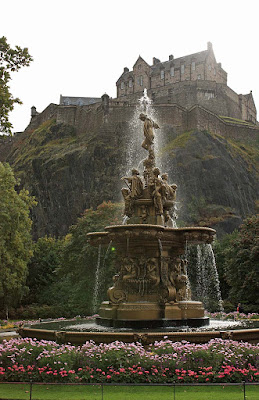 We took a slow stroll in Princes Street Gardens. 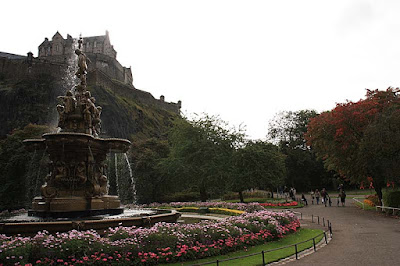 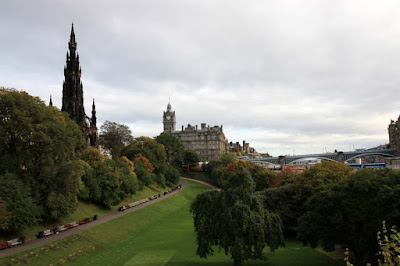 Then decided to wander towards the Grassmarket and Cowgate area of the city, before finding ourselves in the heart of Edinburgh and a street we walk down often near the Edinburgh University area. As well as passing a host of charities aka thrift shops, various eateries including the Mosque Kitchen, one of the best places to eat authentic Pakistani fare in my opinion, we always seem to see something different around here. 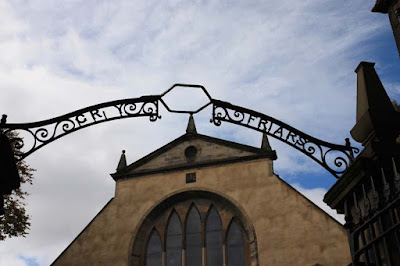 This time we noticed this building hidden on one of the side streets. It looks like it reads 'Cry Friars', but its actually Grey Friars. Greyfriars Kirk known today as Greyfriars Tolbooth and Highland Kirk is a parish church of the Church of Scotland. It was founded in 1620. I've always been interested in looking at old historic buildings, but namely from the outside. However with the doors being open to the public, we decided to have a walk around the Kirk. It was rather spacious. 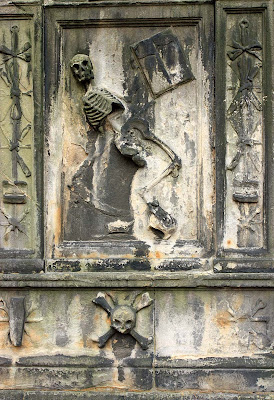 The only thing that was off-putting whilst wandering in the Kirkyard was the number of aged homeless drunkards hanging outside around with their bottles of cider. Most of these drunkards are harmless and lost in their world of intoxication; others can be abusive to tourists, locals - well anyone really as D and me witnessed. Thankfully, though no one around could understand what the drunken man was bleating, so no offence was taken, just bewildered and amused looks. 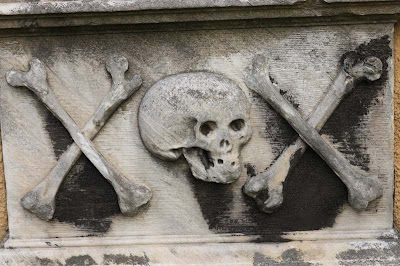 One of the main reasons, a number of people like myself will have heard of Greyfriars Kirk is the story a Skye Terrier dog called Bobby. It is claimed that one of the most visited graves in the kirkyard is that of John Gray. John Gray was an Edinburgh policeman who died of tuberculosis in 1858 and was buried there. For the following 14 years, Bobby remained devoted and faithful and kept watch over his owners grave, until its own death in 1872. Nearby the Kirk you will find signs of Bobby, for example there is a pub next door called Bobby's Bar. It also has a statue of Bobby. 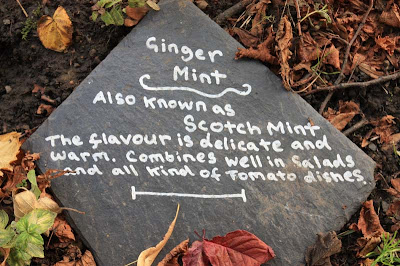 Whilst still inside the Grey Friars Kirkyard, I was taken by the number of herb garden spots created there. I was furthermore impressed by the effort someone had made in writing and sharing the medicinal value of each herb on individual slates. Here are a couple of them. (Above) Ginger mint also known as Scotch mint. 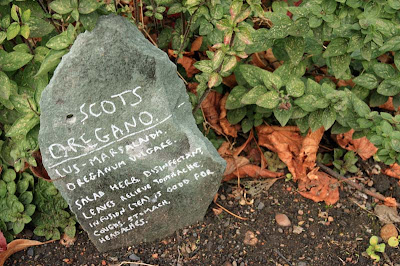 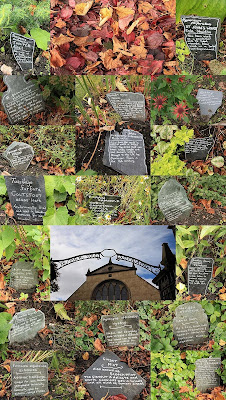 Because there were so many slates, I created a collage of them. Please click on the image to see in more detail. After scraping the soil of some of the slates and musing. We left and went on our merry way to explore other side streets. We also decided to stop for a coffee, but rather than stop at a coffee shop we supported MacMillan Coffee morning that was being hosted by a church not far from Greyfriars Kirk. 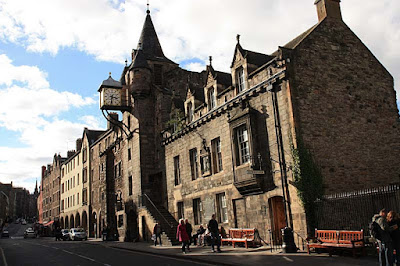 We stopped for a little while at the Edinburgh People Museum for two reasons, it was on route situated in the Canongate Tolbooth at the bottom of the Royal Mile and secondly, it was free to the public. The People’s Story explores the lives of Edinburgh’s ordinary people at work and play from the late 18th century to today. There are a number of displays showing such as original cell/jail and a wartime kitchen. I'm always interested to see old posters and objects from the past. 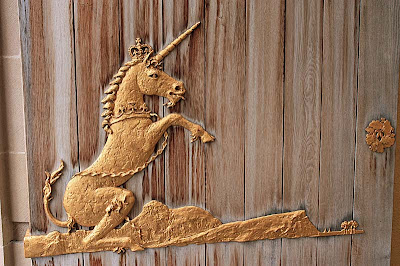 This is the entrance to Holyrood Palace which is most definitely not free entry to the public. If you want to go in, you need to tuck into your purse or wallet and part with some notes. So we didn't go any further and just took a peek from the gates, before deciding to call it a day and head back to home.