A Veg Box is no substitute for growing our own

Many of you will remember that I signed up to my first veg box late February, which was to be received on a fortnightly basis. Some of you will be surprised to learn that last week we took the decision to cancel our subscription. I know so soon, I barely gave the suppliers a chance. It was not a light decision, especially as we want to eat seasonal and locally sourced vegetables, but it was apparent pretty much immediately that the Veg box scheme was just not going to work for us. I also took into account all the comments fellow bloggers left for me when arriving at this decision. For us the Veg Box was not just just not going to be a good substitute for having been able to grow our own. 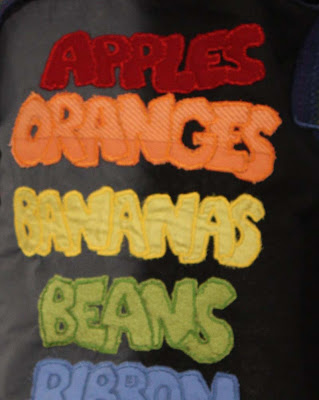 I think having been a vegetable grower, albeit on a very small scale, my expectations, (some of which I admit would be unfair on the suppliers,) were not helping my reservations about the contents. It wasn’t so much the quality of the vegetables, but the lack of information about the variety of the vegetables. Any one who has grown vegetables would understand this concern. No malice is intended towards the suppliers, but within a few days the potatoes even though kept in a dark corner were sprouting, and the carrots were saggy; and these vegetables were meant to take me into two weeks. Despite, this I enjoyed creating meals with all these vegetables, but it wasn’t straightforward, as I also felt a bit under pressure as I did not want to waste these vegetables, but there was only so many potatoes one could eat! I could also foresee some vegetables languishing either in the fridge or in the vegetable stack getting mouldy by the time the next box arrived. I also foresaw many veggies going to the compost bin and that would be an expensive waste.

The delivery date didn’t suit us either. If it was a Saturday, I may have been more inclined to stay with them and then I could try to plan our weekly meals accordingly, as this is how I worked with the vegetables I harvested at the allotment.
I also found that I was still supplementing, with onions, mushrooms and seasonal greens. The broccoli that came in the veg box actually caused me concern. Was it local? Something I still don’t know, but it was the first vegetable in the veg box to be used as I did not want it rotting in the fridge.
We also decided that paying £14 was far too much to pay for a bag that was essentially made up of potatoes, some root vegetable, a cabbage and a couple of leeks. D added he felt that we were ultimately paying for delivery of the veg box rather than contents (which we could both easily pick up ourselves).
I truly do think Veg boxes are plausible initiatives and have always admired them as a lifestyle and luxury product, especially if you don't have time to go to the grocery store or live in an area where organic, local and seasonal options are limited, but that is not the case with us.
Looking on the positive side, now that we no longer have the responsibility of travelling and tending to the allotment; and the garden being in our backyard and small, hence not needing hours of attention, at weekend we can venture out to little towns and villages. Some of which have farm shops and some have farmers markets, even our nearest city Glasgow hosts farmers markets, so we can easily pick up some fruit and vegetables there and plan our meals a little better. So its not all bad, we’ll just have to spend a bit more time pondering some of these places, and even though everything won’t be local, it’ll be seasonal and grown in the U.K (well most of it will be).