If there was such a dish, I think you will agree this would be it. This creation (made with respect) only came about because I had three peppers in red, yellow and green, so I was positively influenced by the colours of the Rastafari to make this dish. 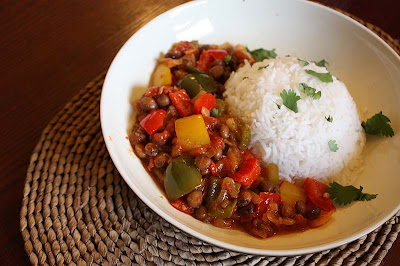 Say 'Rasta' to anyone and the first few words that will come out of their mouths will be: Jamaica, dreadlocks, the ritual inhalation of marijuana, Rasta music and Bob Marley. And this is so, it is true that Rastafarian became globally known because of the success of Bob Marley and his music in the 1970s, but it is much more than these things. It is the religion of over 5000 Rastafaris in the U.K.

The Rastafari colours are red, green and gold, sometimes black is added.
Red for the blood
Green for the Earth and the eradication of suppression
Gold for the Sun and the wealth of Ethiopia
Black signifies the colour of the Africans who initiated Rastafari

The lion is the symbol of Rastafari. This lion represents Haile Selassie I, who is referred to as the 'Conquering Lion of Judah'. Rastafarians' dreadlocks represent the lion's mane. 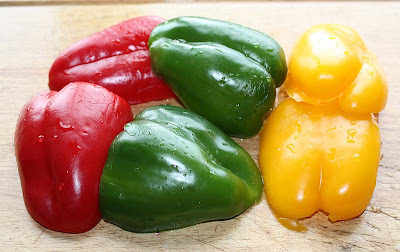 The Rastafarian diet is essentially a vegetarian one, but like most movements there are factions, some who extend to white meat but try and refrain from the consumption of red meat, especially pork. Rastafarians also abstain from alcohol. 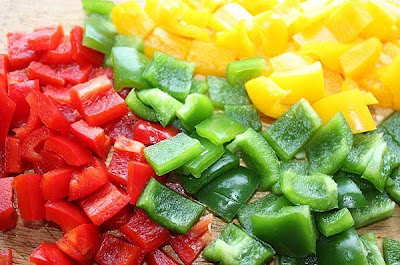 I recently learned that the Rastafari always cooks without salt, a practice commonly known as ‘ital’ as emphasis is on the natural flavour, not additives or flavour enhancers. I kept that in mind when I put together this dish.
Rasta Chilli Bean
Serves 4
Ingredients1 onion, finely sliced
3 pepper (red, yellow and green), seeded and diced into even size cubes
2 clove of garlic, crushed
1 tablespoon of sunflower oil
Tin of gungo peas or black-eyed or kidney beans, drained and rinsed
Tin of tomatoes, gently crushed
1 habernero pepper (pierced) or 1 red chilli finely sliced
1 teaspoon garam masala 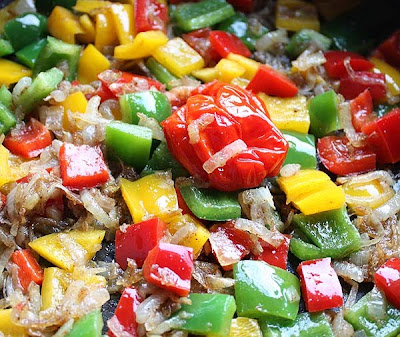 Fry the onion, garlic and garam masala in the oil for 15 minutes until tender. Add the tinned tomatoes and chilli and cook for about 10 minutes. Then add all of the diced pepper cubes. Cook for a few minutes until peppers are starting to soften, but not too much. Add the beans and gently heat through before serving with plain boiled rice. Optional: garnish with coriander and lemon wedge. PS please don't forget to remove the chilli pepper - you don't want someone chomping on it - now way.