I still have loads of photographs to share from my holiday in England, but over the weekend on impulse we went to the city of Bristol.

Although the were not many new additions to the Bristol Graffiti art scene, we did spot some. Here are some photographs of Bristol Graffiti Art: Love it or Hate it - its one of the things that makes Bristol the vibrant and colourful city it is. 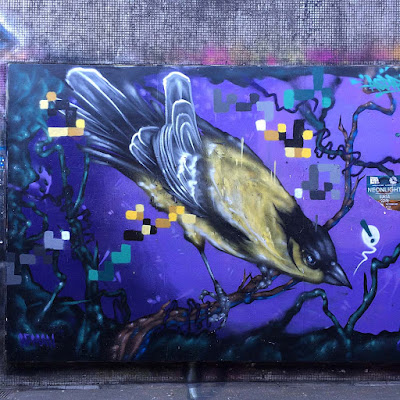 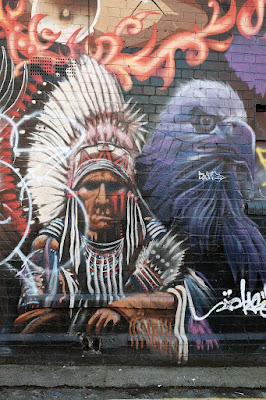 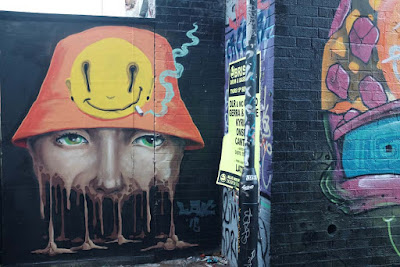 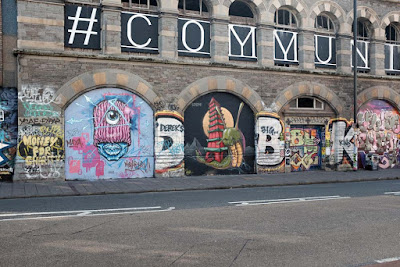 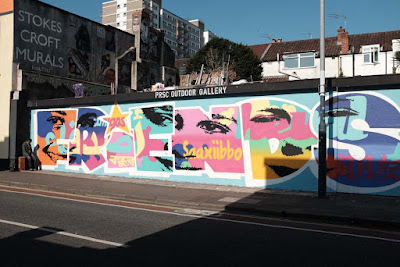 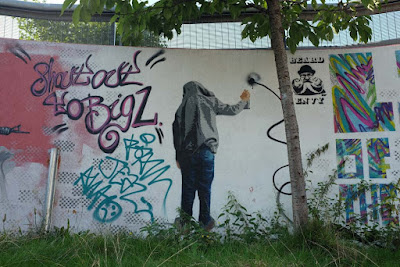 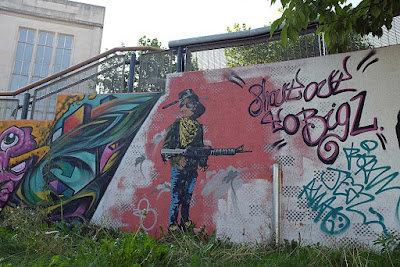 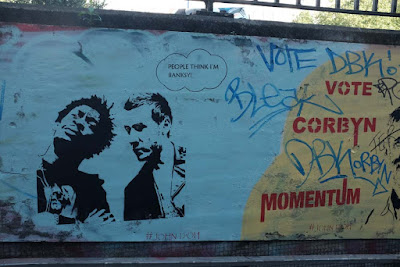 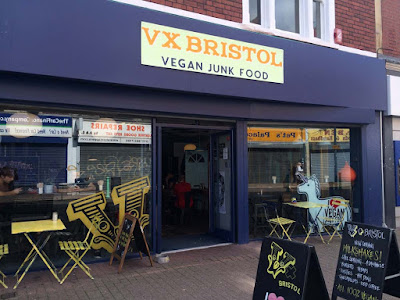 After wandering the Stokes Croft area of Bristol and its city centre, we decided to check out Vx  Bristol Cafe.  It was in an area of Bristol that we had not been to before, so it made for a change to see a different side of the city.  Vx Bristol is the little sister of Vx (Vegan Cross) in London.  The Vx cafe is 100% vegan and serves vegan junk food.  Yes vegan junk food! 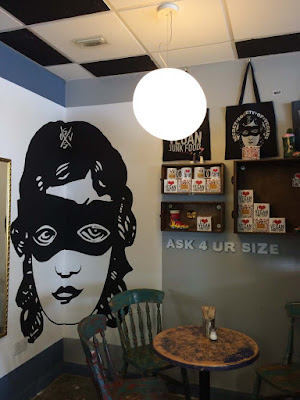 Many of you will know that I am not vegan, though my diet is probably 95% vegan, but I would still never ever call myself a vegan, but I do heavily cook and indulge in vegan food and with all the walking around in Bristol, we decided it was time to eat and drink something. 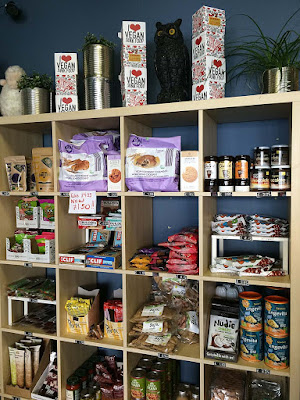 As well as being 100% vegan cafe, Vx is also a shop that sells vegan ingredients, from vegan marshmallows, dairy free ice-'cream' and plant based faux meat from seitan to tofu to jerky. The staff were really friendly and seemed cool with me being a happy snapper with my camera. 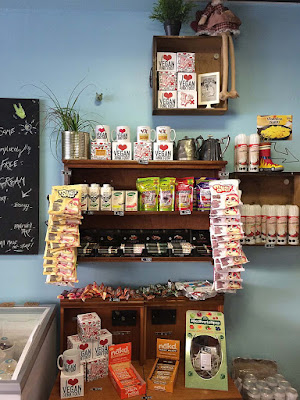 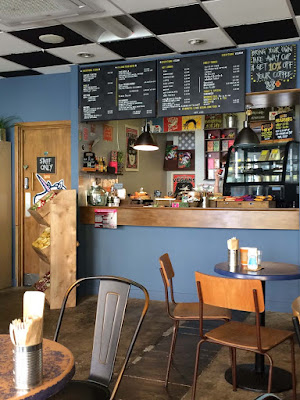 As it was Sunday the Vx counter was not piled high with sweet bakes (some of which are made by the fantastic women at Kind Cakes, Mean Bakes), but it had enough that you had a choice. Check out their FB page which will have your drooling. 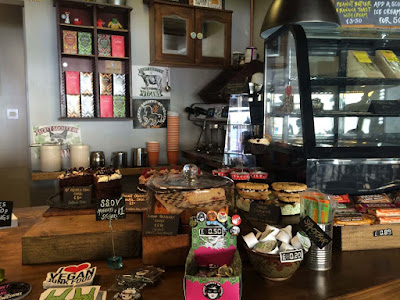 But we wanted something savoury rather than sweet.  D scanned the menu and although he wanted the burger, he settled on a vegan hot dog. 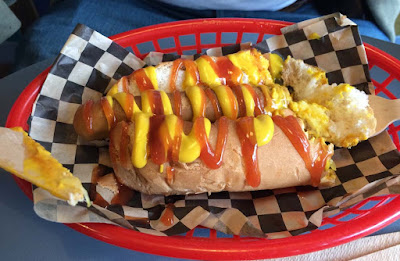 The hot dog appeared on the table smothered in ketchup, mustard, it was missing the serving of tortilla chips though, but D wasn't bothered so much by that as I was as I wanted to steal them from him. 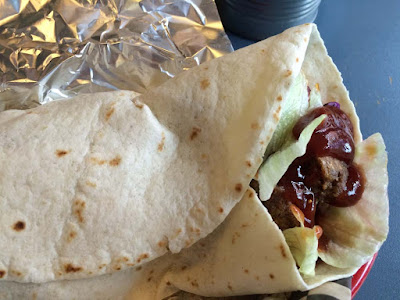 I had the Doner Kebab Wrap. 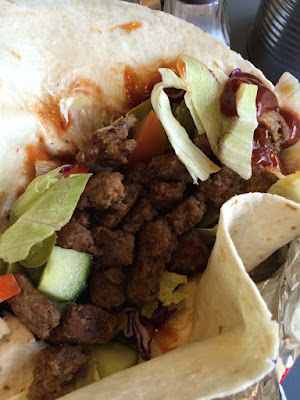 Part of me had expected the Doner Kebab to be in a pitta bread, but it came in a tortilla wrap and although the filling was really tasty and generous, the kebab pieces were actually more like 'beef 'chunks rather than thin shredded pieces of organic wheaty doner kebab filling that was written on the Vx menu., so I was a tad disappointed but that would not stop me from going there again.    I want to go back with some friends and stuff my face with vegan cake!!!
Check out Vx Bristol website
and Kind Cakes Mean Bakes, Bristol