Okay, I am finishing off my Cornish holiday photographs with some eats. 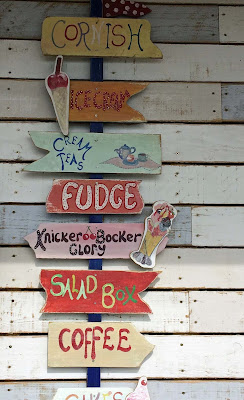 I hope you have enjoyed me sharing them, as much as I enjoyed being there. I hope to return one day, when I do now know, but I know I will.  Thank you so much Cornwall. 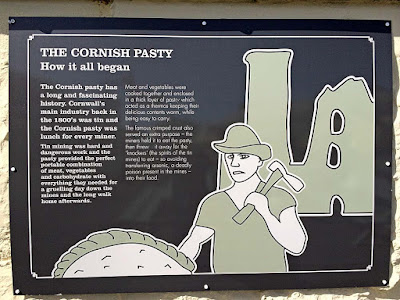 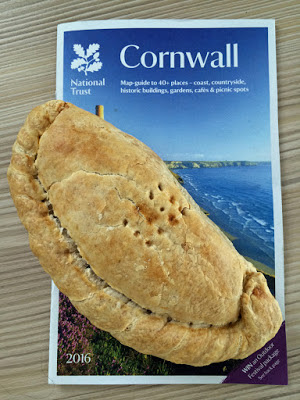 The first vegetarian Cornish pasty of many. 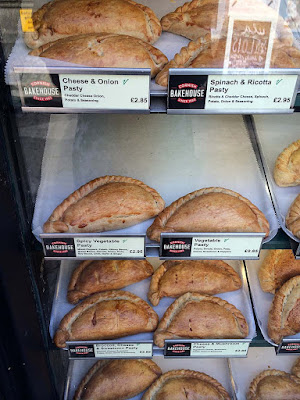 I was so pleased to find more vegetarian choice in relation to the Cornish Pasty, as I was dreading eating way too many Cheese and Onion ones.  There was also Spinach and Ricotta, Spicy Vegetable, Broccoli, cheese and Sweetcorn, Cheese and mushroom and of course a Vegetable Pasty. 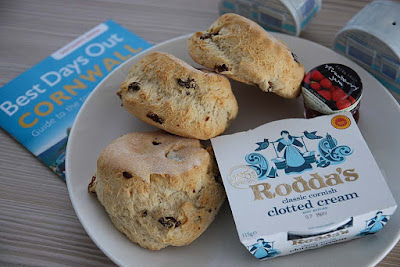 Plenty of Cornish scones with clotted cream and jam 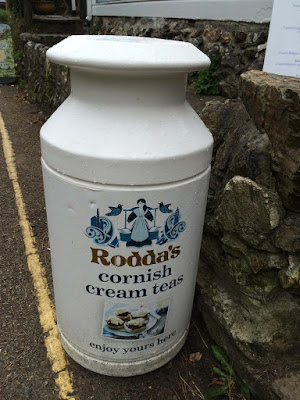 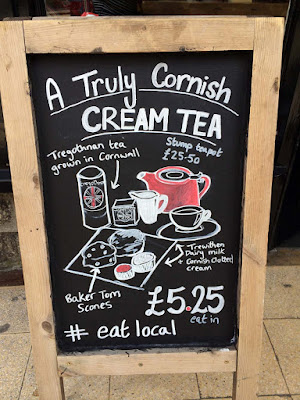 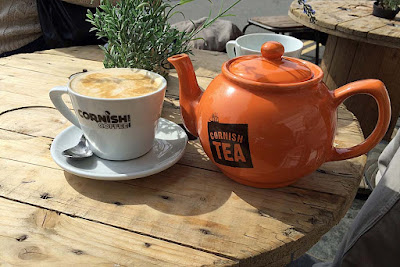 Plenty of coffee, tea and lattes...I totally loved the fact that all the coffee shops were local and Independent.  It really was so refreshing not so see the High Street Coffee Chain Shops dominating the villages and small towns. 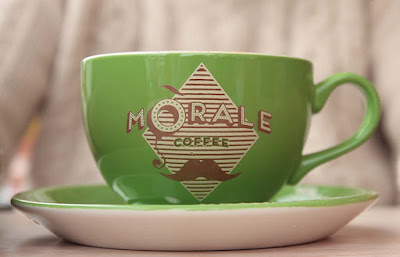 There other thing about them, they were all just so original, not copy cat. 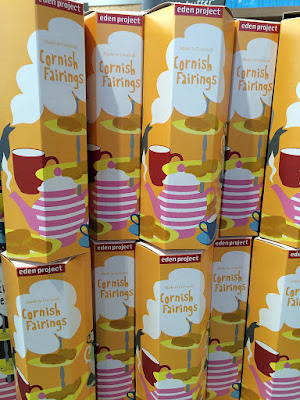 I wanted to pick up some Cornish Fairing at The Eden Project, but didn't... 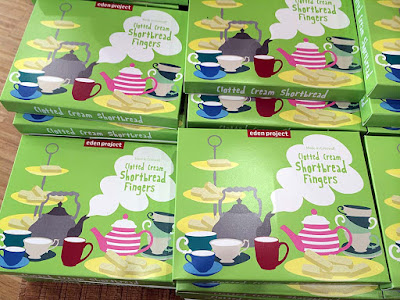 And these Clotted Cream Shortbread Fingers looked good too, but I walked on by. 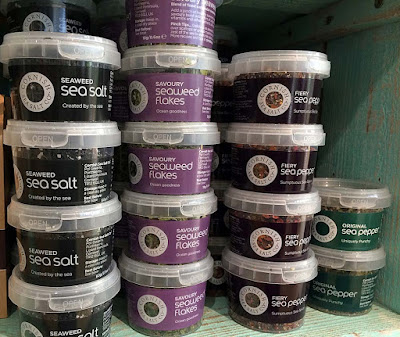 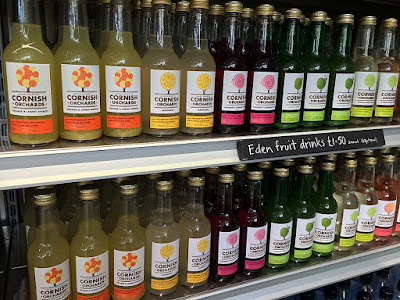 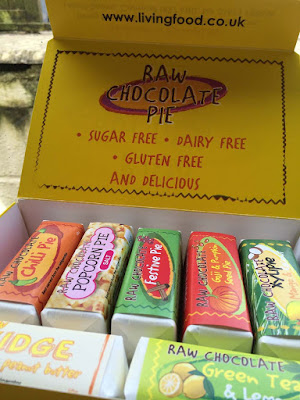 I was so excited to find The Raw Chocolate Pie shop in St Ives. 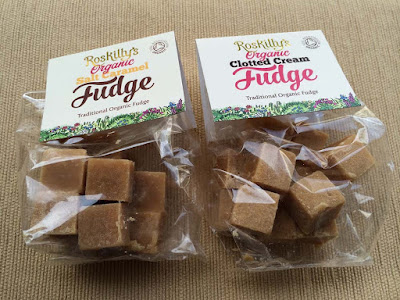 Some Salted Caramel fudge and Clotted Cream fudge from Roskillys.

On impulse, I picked up some Cornish Saffron Bread, but sadly when I got back to the caravan, D pointed out that it contained lard.  I guess I will have to make some then. 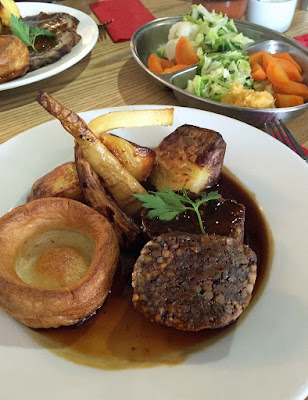 Okay some actual eats while we were out and I might as well add, I ate nothing traditionally Cornish.  Although I missed out on eating at vegetarian and vegan eateries, I did eat well.

On Sunday we went to a rather lovely pub not far from where we were staying in Cubert called the Treguth Inn.  I had the Vegetarian Roast with homemade Nut roast, which I really really liked.  Although it was a little nippy inside, the staff genuine warmth was lovely and I totally recommend it.  D and myself walked there and back to our caravan one evening and . We also went to The Smugglers Den which was also pretty good. 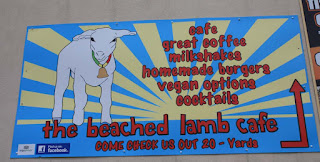 As I had missed out on eating at vegetarian eateries, D took me to The Beached Lamb Cafe, not a vegetarian or vegan eatery, but it catered for vegans and vegetarians. 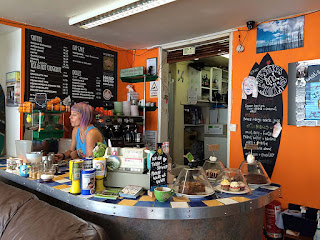 It was nice and bright inside and the service was good. 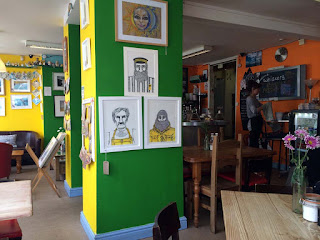 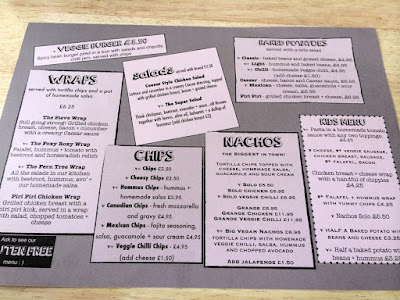 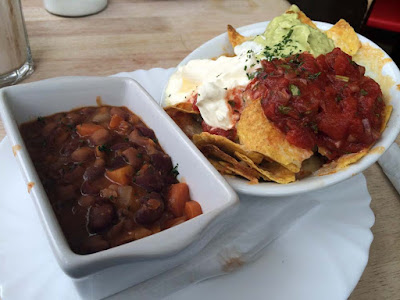 I had vegetarian Chilli Bean with Nachos. 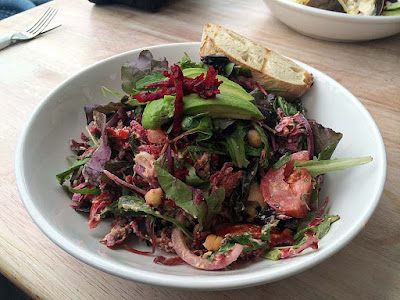 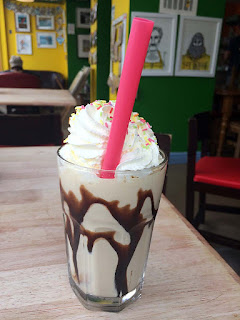 And we shared the Peanut Butter milkshake.  Now that was really nice. I can't remember the last time I had a milkshake out!? 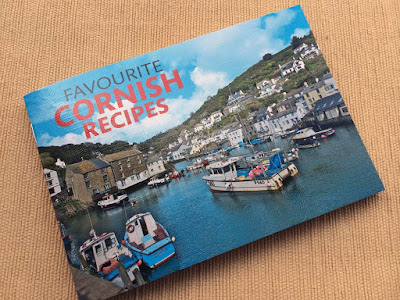 Email ThisBlogThis!Share to TwitterShare to FacebookShare to Pinterest
Labels: Cornwall