I am taking a weekend break from sharing my Cornish Holiday photographs.

Today I share with you my rainy day in Bristol.  For the third year running, we went to Bristol Veg Fest.  I took loads of pictures, so will be sharing them in two parts.  Today I will share with you my favourite discoveries and tomorrow the rest will follow. 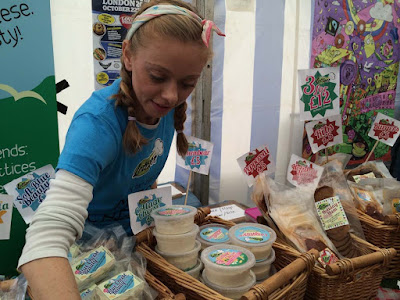 I kick off with the lovely Poppy Lettice-Boss the founder of Letttices. Poppy is very much like me (that is when I was doing vegetarian and vegan farmers markets) in lovingly creating small batches of artisan food. 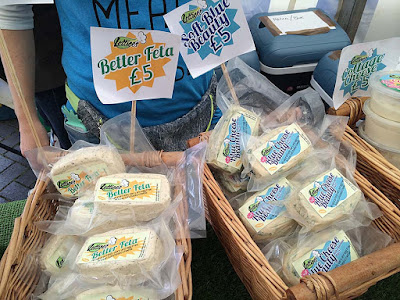 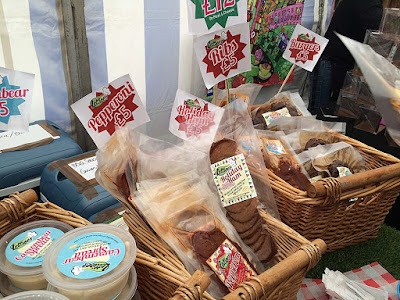 Many of you will know that I am not vegan, but a vegetarian - although my diet is 95% vegan, I am still a vegetarian.  Anyway, I tried her Blue Cheese and wow, I loved how it really mimicked the real thing. Totally recommended. 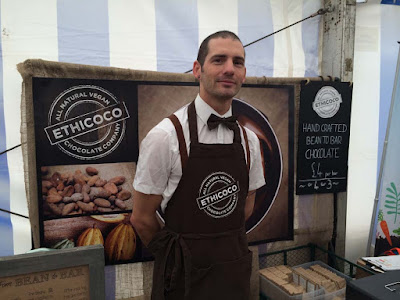 I had so many free tasters of vegan chocolate in so many forms at the VegFest that I was sick of it after an hour, but my favourite by far had to be Ethicoco's Stone Ground Craft Chocolate. 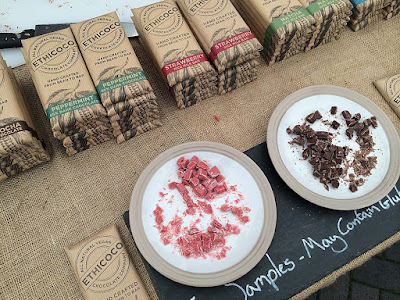 I especially loved the Strawberry which was created from cocoa butter , then flavoured with rice milk and real strawberries, not flavourings. 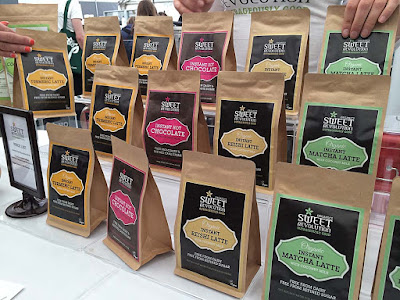 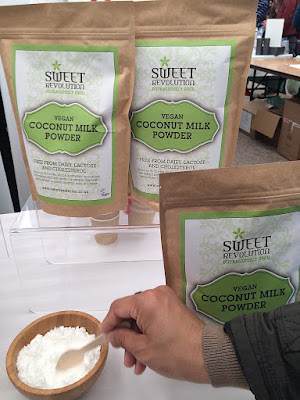 I came back home with the Coconut Milk powder seeing its versatility in cooking; and my nephew with three of the above 9minus the matcha). 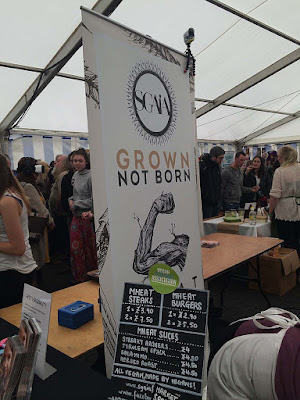 Some of you will know I lived in Glasgow for a long time.  So I was excited to see Sgaia Foods -at Bristol VegFest.  Sgaia are similar to a brand called Wheaty: The worlds greatest meat alternative based on organic wheat, but what is different about Sgaia is that they are a mobile vegan 'butcher', I would like to say the first vegan butcher in the UK, but I am aware of others mostly in England  like More Than Meat and  Gaia's Kitchen that work more locally, than nationally; though Sgaia have yet to come to Wales. 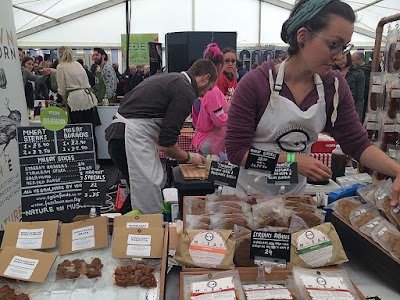 Anyway, everything I have heard and read about them Sgaia is true.  The Mheat Steak and Burgers which are made from  wheat and soya protein were very good, moist and flavoursome.  I was really pleased to have met them, sampled their goods. 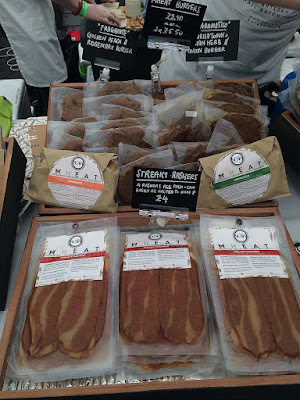 I make my own seitan mock meat and facon bacon at home and this is one of the closest to the ones I make at home I have come across. 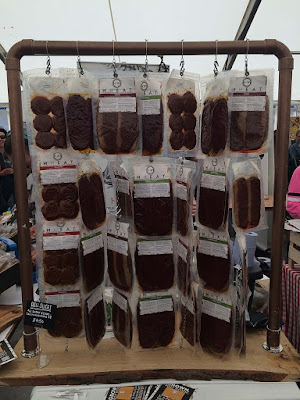 Even my nephew and niece who came along with me, neither vegetarian or vegan - admitted it was the most meat like product they had ever tasted and they liked it too. 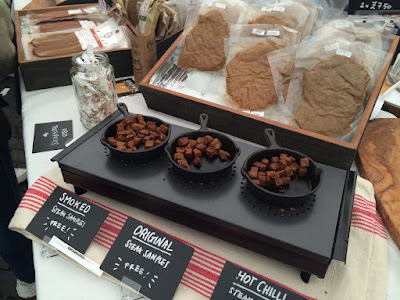 My nephew, could have eaten all the sample single-handedly had I not pulled him away. 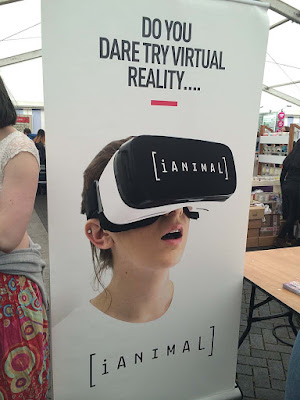 iAnimal - a unique immersive experience into the lives of farmed animals.  This is amazing.  Everyone needs to experience this.  Please read more about it here if your interested. 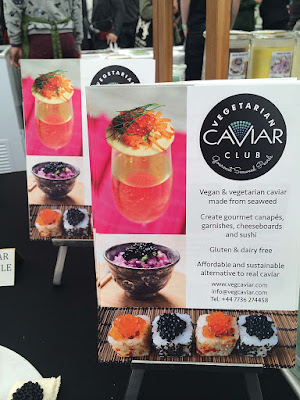 Now caviar, some of you will remember I made my own vegan Welsh Caviar a little while back. 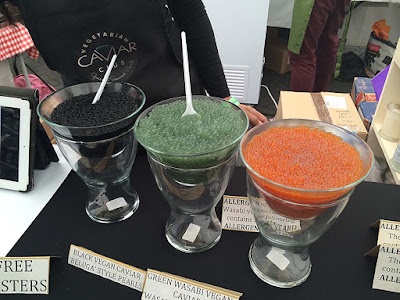 I was excited to be able to sample Vegetarian Caviar Club's seaweed caviar. 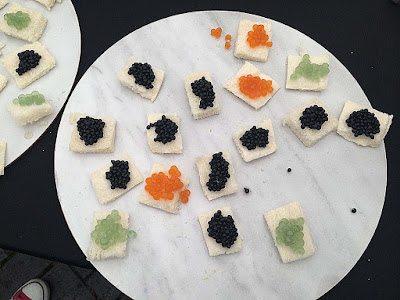 Althugh the texture was a bit wobbly and strange, imagine soggy tapioca pearls, I still liked trying them all - black pearls to the green wasabi, but my favourite perhaps had to be the pink salmon one that mimicked smoked salmon. 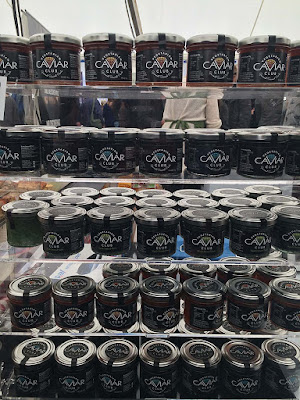 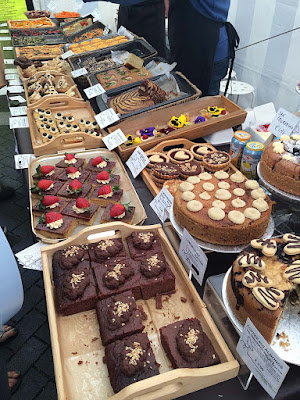 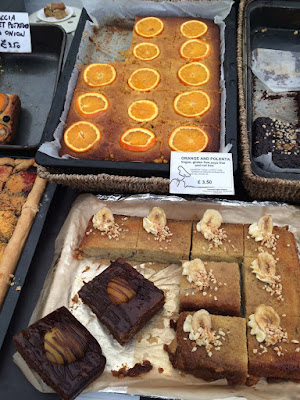 Not just sweet goodness and bites, 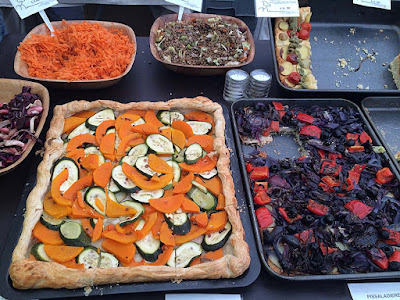 but also a Fantastic colourful and humble selection of savoury slices too. 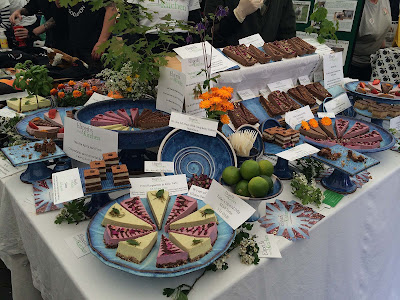 One of the most prettiest sweet stalls there was Elspeth's Kitchen. 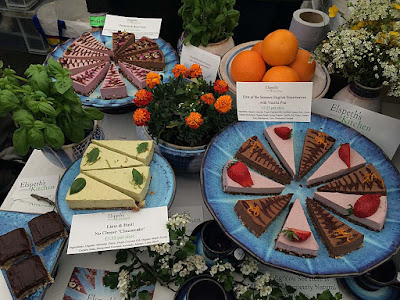 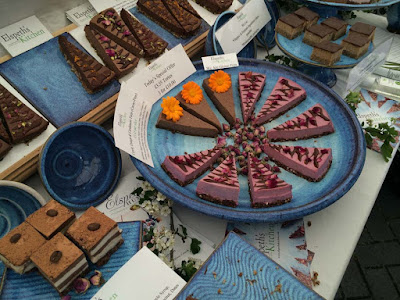 As you can see the weather was not the kindest like last year, but still that did not dampen our spirits. 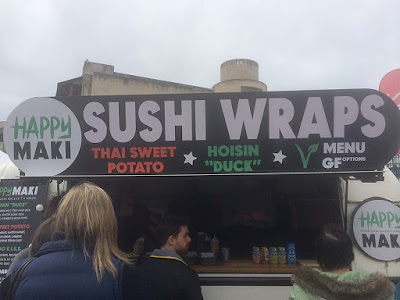 Last year, I did not wish to line up in the cue at the Happy Maki  for a vegan Sushi Wrap but this year I did so. 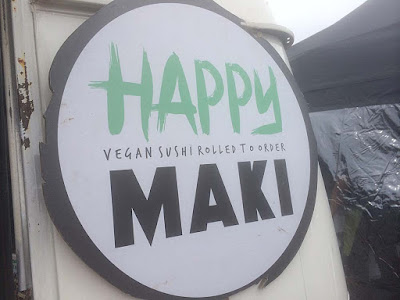 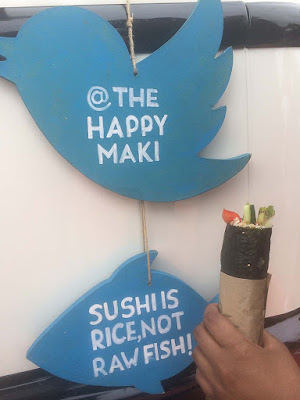 I had the fully loaded sushi wrap; and so did my nephew.  My niece however wanted something sweet - she went for these fingerling Churros with a lemon sauce dip from Los Churros Amigos. 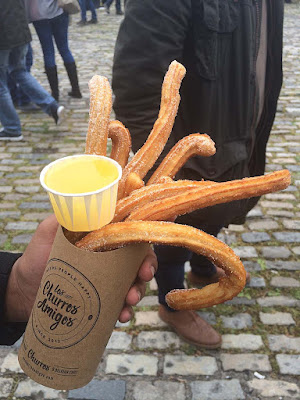