On one of the days whilst staying with my parents in South Wales, we took the train into the city of Cardiff.

Cardiff has changed a lot in the last 15 years.  For a start there was no Millennium Centre and Tiger Bay now known as Cardiff Bay has been transformed into a Europe's largest waterfront development. Its a completely different city to what I remember it.

It was D's first time in Cardiff though.  There is plenty to see and do in Cardiff, but our first wander together with tourist eyes was Cardiff Castle.  Cardiff Castle is located in the heart of the city.  I've been inside once in my late teens, but not today - we were both happy to walk on the outside and around the Castles Animal Wall.  Its quite unique, I don;' know of anything else like it in Britain. 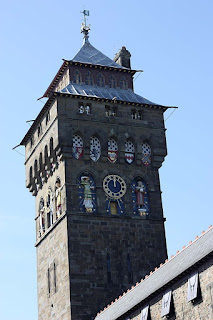 I have to admit, this is something I had not done before, always walking past the castle walls towards the busy city centre.  So it was really fascinating for me to discover the sculptures of the animals peering over the wall as if they are ready to pounce; and not pounce with menace, but with affection.  If you look closer too, you will not that the animals facial expressions are so full of character and life.   The animals were carved by Thomas Nicholls and were originally painted, with time of course the colouring has faded to a muted murky green-grey.  Apparently there a 15 animals all together, we managed to capture 8 of them on the day. 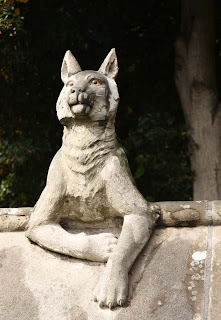 The animal wall was designed in the 1866 by architect William Burgess for the third Marquess of Bute who was the owner of Cardiff Castle. 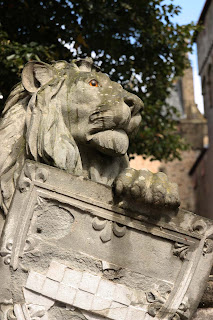 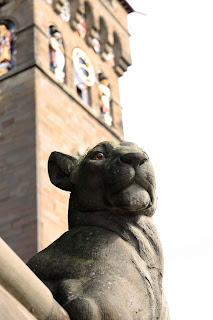 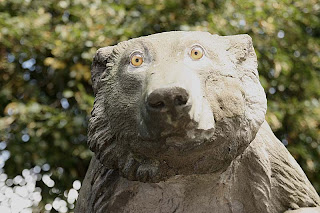 This dopey bear looks anything but frightening 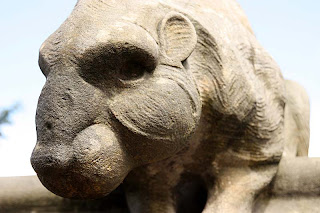 Some of the animals still have their glass eyes missing too. 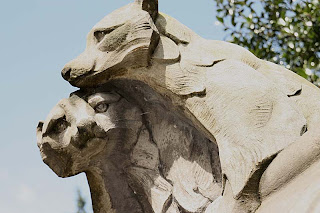 I learned that the anteaters nose was missing and had only been replaced last year. 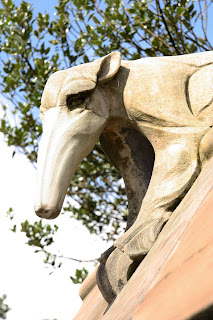 If you do find yourself in Cardiff, don't just go inside the castle which costs a few good pounds, take a stroll around the walls on the outside too - its free to enjoy!   I promise you won't regret it.  I personally have always preferred looking at castles and historic building on the outside. 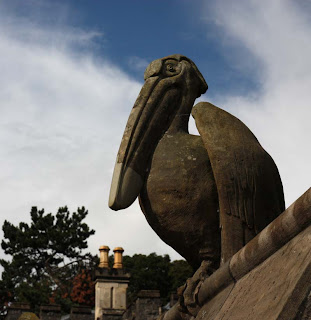 After waking around the walls of the castle, we took a leisurely stroll in Bute Park. 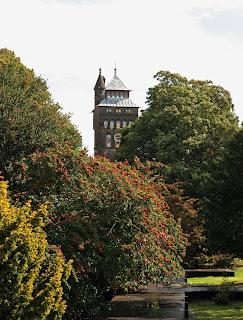 The stroll was cut short as it began to rain heavy, so we headed to the train station to get the train back to my parents home.