I grew up celebrating Christmas on a small scale. Christmas wasn’t about the pressure of buying each other presents – the closest it got was: a present for a Teacher; or exchange of Christmas cards at primary school level; and at High school, perhaps a box of chocolates between close friends. In our home, Christmas was celebrated in one room, the living room. In this room, my mother would make the effort of hanging some mainstream decorations (that could be re-used for other celebrations, my mother was forward thinking you see). 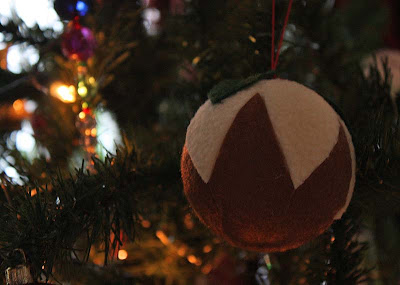 We never had a Christmas tree dangling with baubles, or beneath it, parcels wrapped up in gold and red glitzy paper, no crackers, or festive nick nacks, but the mantelpiece was adorned with Christmas card we had recieved or those glittery ones we had made at school. Throughout the season, we were firmly reminded by our parents that Christmas was about Jesus Christ, time for family – not just presents. So when Christmas day finally arrived, we celebrated like any family would. We dressed up in our shimmery brand new outfits, lovingly handmade by my mother. I was even allowed to put on a little rouge on my cheeks and lips. We all sat down as a family to eat something special. In our case it was a fat, juicy tandoori chicken; and some spiced fish, why was it special? Well my father made the family meal on Christmas day, giving a break to my mother. He also made his Anglo-Indian style roast potatoes with shorba (gravy). We adored this as it was something different from our usual fare, and it was quite funny to see our Dad in the kitchen. My contribution at the time would be to make the trifle with its hundreds and thousands from a packet. After stuffing ourselves on really good food, it was all about 'quality and rabble' time together, playing games, watching cartoons, films like Spielberg E.T. and Chitty chitty bang bang and gorge on more trifle . There was no exchange of presents between us, but my father would give us some money up to £5.00 each (depending on age), this pacified us, all those sweets we could buy. It was all good. 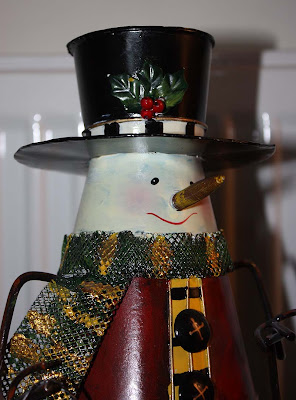 From not really celebrating Christmas on a mainstream scale in my childhood, my adulthood saw a change, particularly when I left home for University and external influences started rubbing on me. I hate to admit it, but it was around this time that I actually went though a greedy and selfish phase, where my expectations of receiving a Christmas present were really high, and this was from people who were not even family, I cannot believe I behaved like that in my early adulthood, but must admit I reflected and learned from that personal experience. Now I am more than content with a home-made preserves, jams, chutneys and even bottles of home made liqueurs, but in the past I would have certainly snugged my nose. The last few years saw me celebrate Christmas with my future-in-laws in Essex, (but that has not happened for a couple of years as D’s parents have moved overseas to sunnier climates). Also my nephews whom I am very close to were getting to an age, where they could come and spend time with me, so it became a bit of a tradition, that after spending Christmas with D’s parents, two or three days later we would swerve via Wales and pick them up on our drive back up to Scotland; or failing that they would fly up. This year however, the oldest nephew has just secured himself a job in the hotelier business, and with Christmas and the New Year being the industry’s peak season he will not be getting time off; and understandably, the youngest did not want to come without his brother. 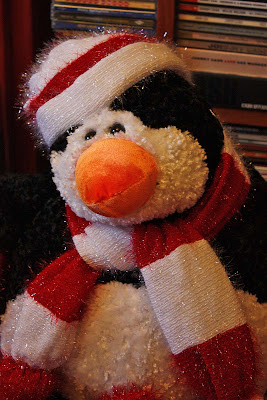 So the pressure many people feel in order to get presents and ‘spend, spend, spend’ has not been on us this year. This year, there will be just D and me – looking at each other. I thank my lucky stars that at least we have each other to share Christmas day.
Happy Christmas to you all – wherever you are.