This is the only image I have of a cauliflower snowball that I grew last year. I was so proud of it, it was the only one that I managed to harvest before it started to bolt. Is that the right term?Anyway, I still have some seeds left over from last year, so intend to grow them again, along with Igloo. Its a good small variety for a small family; or two hungry people. 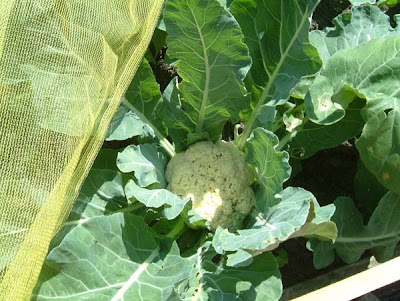 Dukkah which originated in ancient Egypt is a dry dip made with a mixture of nuts and spices. I often make more than I need, as it is hard to reduce the quantities in this recipe. I tend to use dukkah mainly for snacks such as dipping crusty bread, first in good olive oil and then in dukkah. Very moreish. I have also used it over roasted potatoes and wedges.

Here I have used it to spice up a bland cauliflower. I simply parboiled the cauliflower florets till they were al dente, drained them and then lightly coated them with olive oil and the dukkah and then baked it in the oven till golden.

Dukkah (makes about 2 cups)
Ingredients
1/2 cup of each: sesame seeds; sunflower seeds; and pumpkin seeds
1/4 cup of each: cumin seeds; and coriander seeds
2 teaspoons of sea salt
1 tablespoon of paprika or to taste 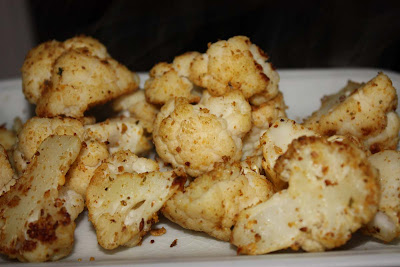 First put the sesame, sunflower and pumpkin seeds into roast for 5 minutes, then add the cumin and coriander seeds and roast for a further 5 minutes, or until you can smell the aromas. Keep an eye on the oven, you don't want to overdo it.

Leave to cool, then grind with salt, paprika in a food processor. You may have to do this in batches. Thew final mixture should be grainy, not an oily powder.

Store in an airtight kilner jar in a cool cupboard. It should last up to three months.