The allotment site where I have my plot are having their first meeting of 2009 on Sunday the 5th April. The last meeting was in October 2008. So there has been a lapse of 6 months.

Some people, including myself turned up at 1pm in November 2008, some people wanted to pay their plot fees, others just wanted to voice concerns. We all believed there was a meeting, especially as we only had our Annual Open Day and had just voted in some new committee members (who were also keen to learn about their new duties). So we all waited patiently for the President who was there all morning with his wandering dog, but had made himself scarce an hour before the meeting, the Treasurer turned up albeit a little late and the Secretary, well she did not turn up at all, so the meeting did not go ahead. Members of the allotment including myself were most annoyed, so were the new committee members. 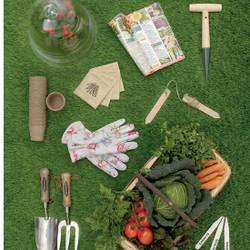 I have never known an committee have no meetings for 6 months. I know during December with Christmas upon us and even the New Year there may be genuine reasons to postpone a committee meeting, but what about the other four months. I have been told, apparently this is quite normal. This particular allotment association does not have meetings during the winter season because there are hardly any people around, but I don’t think this is acceptable, what happens when someone has something they are wanting addressed, they have to wait six months before they are heard. A lot can happen in six months and tensions can build up.

I appreciate people on the committee do this voluntarily, but these meetings only take place once a month and for only an hour. So I ask of those of you who may know different, how often do your Allotment Committee members meet? And is this quite normal?