"One more cup of coffee for the road..."

The most popular brand of coffee ordered by holidaying Europeans in Cyprus has to be nescafe, it was available everywhere, but I wanted to try what the locals were drinking – Cypriot coffee. Cyprus coffee is made individually in small, long handled pots called mbrikia. If you like your coffee sweet, then note that the sugar goes into the coffee making process, so it was important to know the difference when ordering, otherwise you will end up with a sketos (unsweetened). Glykos is sweet and metrios is medium sweet. As Cypriot coffee is quite strong, it will always be served with a glass of cold water. Also be warned at the bottom of every cup you will find black sediment that looks like mud – whatever you do – don’t drink it. 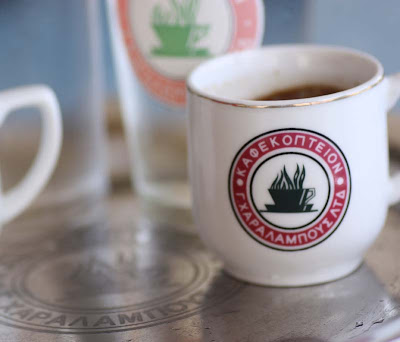 For those of you who don't know, Cyprus lies at the crossroads of the Levant. Cyprus history is rich and vast. Just take a glance and you will see how various empires, invasions, settlements and trades over the past 3,000 years have shaped this Eurasian island. The most marked was in 1974. After 11 years of inter- communal violence led to the displacement of hundreds of thousands of Cypriots and the establishment of a separate Turkish Cypriot political entity in the north. 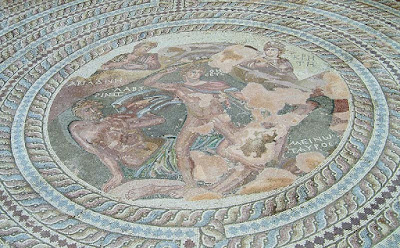 Here are some more photographs of Cyprus history and heritage. These are mosaics near the Tombs of the Kings which has been declared a World Heritage Site. 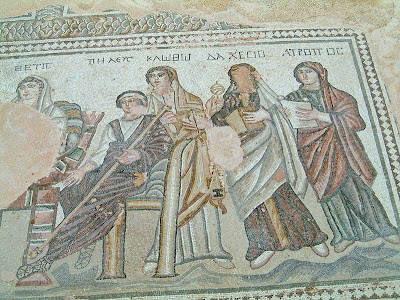 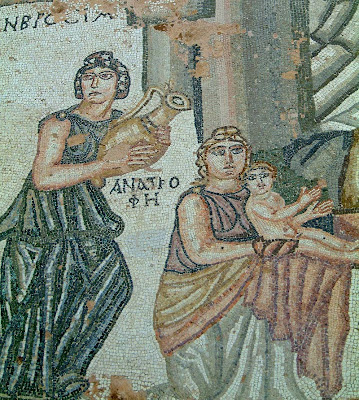 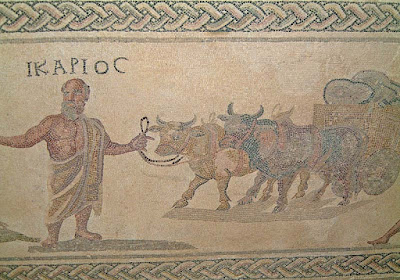 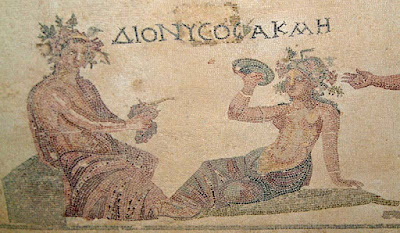 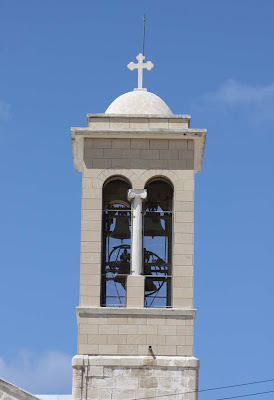 We also visited the Byzantine Museum. The elderly gentleman at the door, a volunteer kindly informed us that photographs were not permitted, which we graciously accepted. I enjoyed looking without the lens of the camera, but am sorry that I could not show with you what I saw. 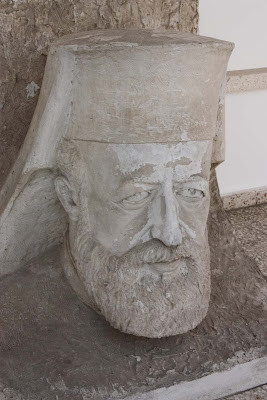 The Byzantine Museum in Paphos houses some of the oldest icons and objects found to date in Cyprus. The museum also contained an art gallery that exhibited a collection of oil paintings (similar to the image below) which I think were really worth seeing. I really liked this little museum, as we were leaving the gentleman offered us some Cypriot delight sweets which he said was made from an traditional recipe, they were so fresh and melted in the mouth. Unlike those gelatinous ones you find here.

We also stopped at the Paphos Ethnographic Museum, a private family run museum. We were welcomed in by Mrs Eliades, the owners wife. This private collection in the 'lived in' house 'houses' not only a family (as we noticed as I nearly bumped into a young lad just coming out of what may have been the shower room) but items dedicated to life on the island from Neolithic time’s right through to the present day. Only two parts of the museum are accessible to tourist. Upstairs which is actually just the hall-way and the sunken garden where you will find aspects of rural life such as an original wood fired oven, some amazing pitharia trays, basketry, irons, sieves, 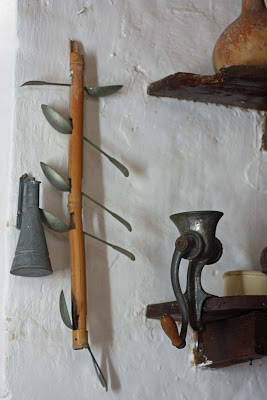 this spoon rack and 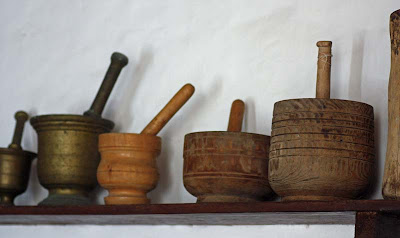 pestle and mortar were perhaps my favourites. 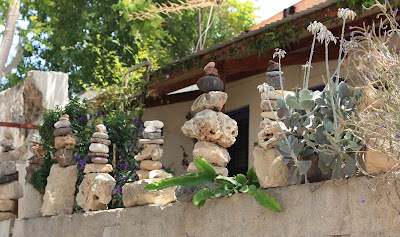 I just loved the way these stones decorated the outside of a Cypriots home. 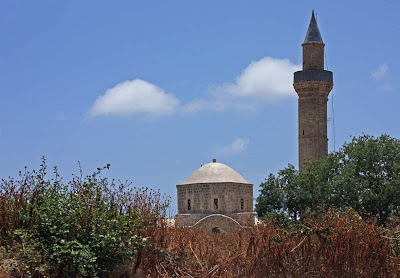 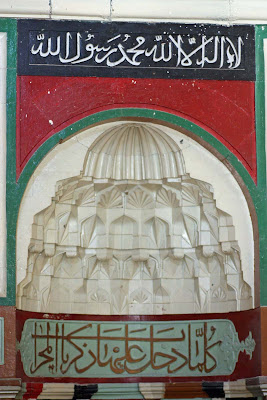 We were able to quickly have a look on the inside. We also saw some abandoned Cypriot Turkish homes. 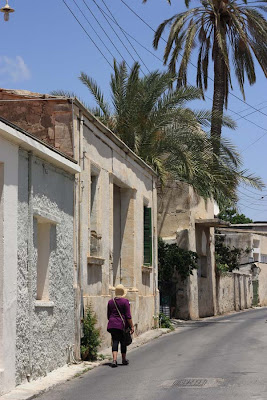 My in-laws had stumbled across this building and they were so keen to show D and me. I am so glad they did. They told us, that every-time they drive by this building they always see something different. I can see why. 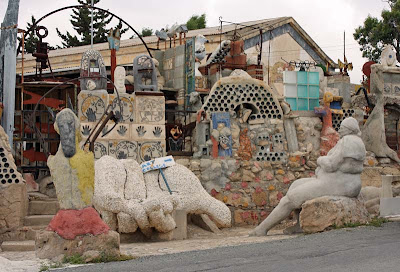 This building is actually the Cyprus College of Art, Lempa near Paphos. It was founded in 1969 by the Cypriot painter Stass Paraskos, and is the oldest art college on the Mediterranean island of Cyprus. 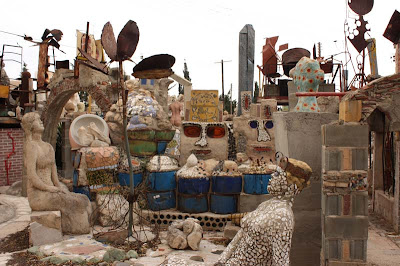 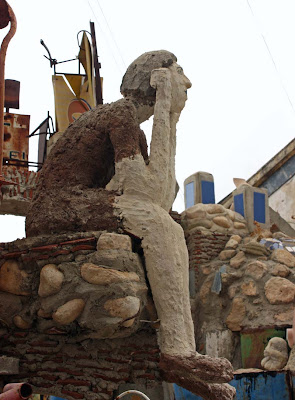 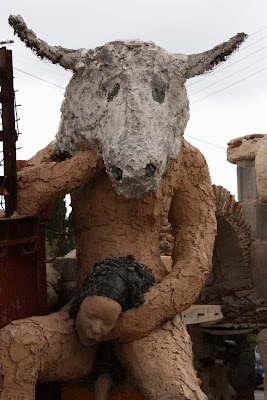 Onto other creative and modern art. 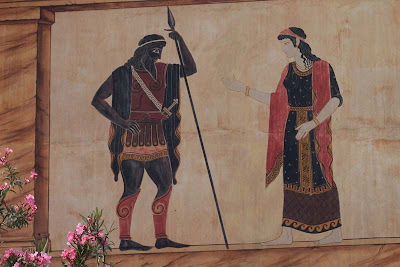 This is artwork on the side of the Roman hotel in Cato Pathos depicting a Black Roman. I have always takes an interest into hidden his/her stories, so seeing this was no surprise to me, but unfortunately there are those who refuse to acknowledge the presence of Black Romans. So this is a great reminder I think, it provokes thought if nothing else. 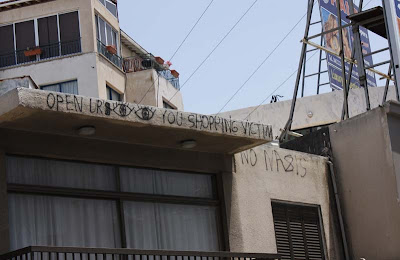 Like many people holidaying overseas you have a tendency to switch off to the politics of the land your visiting, but as a person of colour, I was quickly reminded of the 'race' and colour issue. This 'no nazis' firmly brought to my attention that there was indeed a 'race' or colour issue in Cyprus. I did not want to draw conclusions from one bit of writing, there were other bits of graffiti here and there including a swastika. The most visible economic migrant community in Cyprus are from Sri Lankan, whom you'll often see carrying out particular tasks such as harvesting, cleaning and building. It good to enjoy the sunshine, the history and cultural heritage places we visit, but I think we should also take an interest in the the people that contribute to the making of that country too.