For an hour or so, we stopped at Morecambe Bay, a popular holiday destination. Morecambe Bay is a large bay in northwest England. It was originally known as Poulton-le-Sands 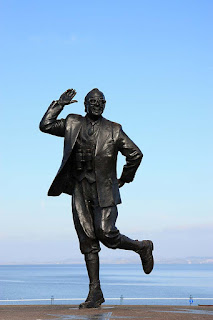 Of course this statue of Eric Morecambe was a perfect tourist photo opportunity, and before you ask - Yes, we posed in the same manner: leg and arm in the air.

As we walked away, I asked D had he taken any pictures of a sign stating that we were in Morecambe Bay. His response, this stature of Eric Morecambe says Morecambe.

Eric Morecambe was the stage name of the English comedian John Eric Bartholomew. He took his name from his home town, the seaside resort Morecambe. Together with Ernie Wise, he formed the British award-winning double act Morecambe and Wise. The partnership lasted from 1941 until Morecambe's death of a heart attack in 1984. 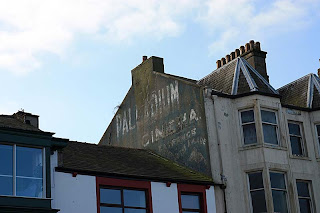 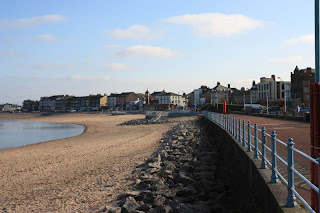 We walked for a little while along the beach, passing parents taking their little ones to nursery, dog walkers (some responsible, others not)joggers, cyclists and elderly patrons.

Before deciding to nibble on something, we did venture some of the side streets where I picked up some sweets: Jamaican limes, sherbety mulled wine and violet flavours. 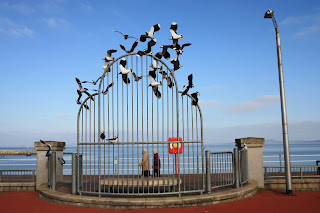 We sat by this seagull sculpture; ate some home made Cumin Cauliflower Pasta salad; and watched some birds fly by including some Sandpipers. 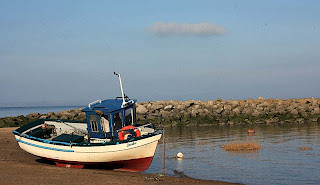 D is not a boat man. He just likes the colours set against the misty blue skies, 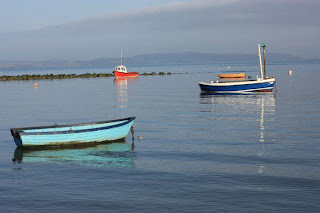 as well as the ripples in the water. 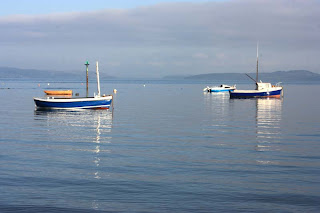 I was reminded by fellow blogger Plummy Mummy of how a beautiful beach can also turn on you suddenley. Morecambe Bay is notoriously dangerous, with fast rising tides and quicksands. 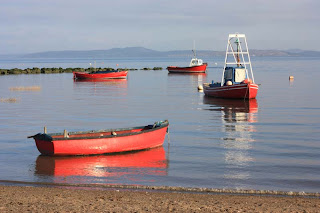 In 2004, the rising tides of Lancashires Morecambe Bay sadly claimed the lives of 23 migrant Chinese cockle pickers, some of whom were never recovered . The deaths exposed an underground world of cheap labour in the U.K in which vulnerable migrants were exploited by criminal gangs and human traffickers. 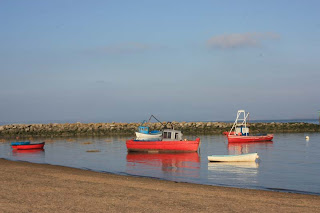 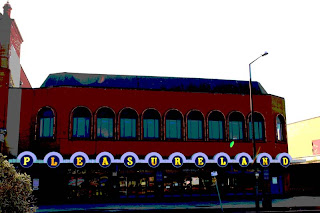 Email ThisBlogThis!Share to TwitterShare to FacebookShare to Pinterest
Labels: Parts of England