Our next stop after Bridlington was Scarborough. Scarborough is often called the 'Queen of the Yorkshire Coast' with Whitby on its north and Bridlington on its south.

When we got to the seaside, we were both surprised at how busy it was. The promenade was jam packed full of people, including young children, many still in their school uniform - participating in skipping activities. At first I thought it was a fund raising activity, but later realised it was related to a local tradition dating back to the early 1900s of a mass long rope skipping event on Shrove Tuesday. Scarborough's Skipping Day continues to be a celebration of days gone by when Shrove Tuesday was regarded as a holiday for workers, with many going to the seaside with their families and friends. 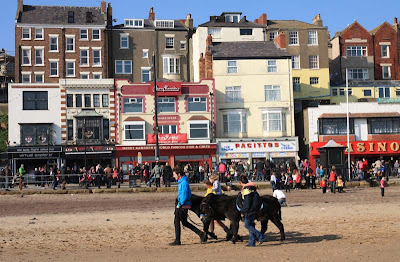 Anyway, it was nice to see people of all ages smiling and enjoying the good weather. 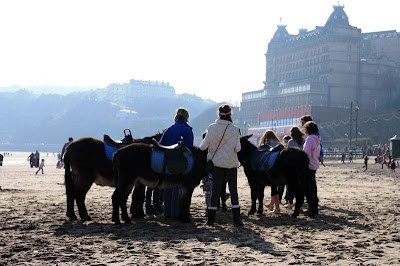 Nothing says Scarborough than a donkey on the beach! 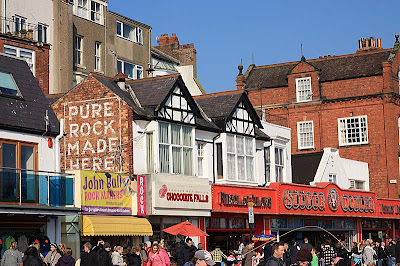 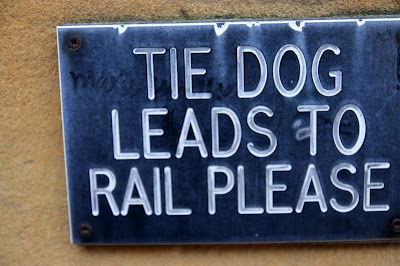 I don't know about tieing dog leads to the rail, but I wished irresponsible dog owners picked up their doggie poop from the beach. This was not the case only in Scarborough, but most of the beaches we had been to in the U.K.

Email ThisBlogThis!Share to TwitterShare to FacebookShare to Pinterest
Labels: Parts of England