The practice of Secret Santa in the workplace is meant to create a warm, convivial and harmonious  environment.  Secret Santa is supposed to bring joy and laughter to what can be a very long dreary day with everyone patiently waiting for their festive holidays to begin. Secret Santa only works if every one who wishes to participate participates, but there will always be some people who will try to sabotage it; or plain and simply be bah humbug, but we will not them them spoil it for the rest of us. 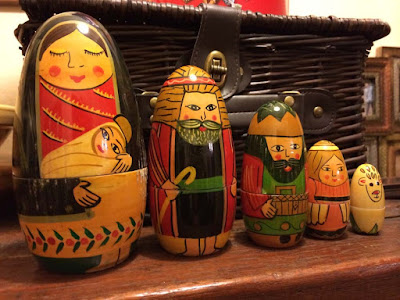 I was ever so pleased to have pulled out a good friend at work for Secret Santa.  She is into Matryoshka dolls also known as Russian Nesting Dolls.  I found these festive themed Russian dolls a few months back, so it was quite timely and fitting that I pulled her name out of the jug,(don't worry I also bought her another gift). I was given a beautiful Fair Trade hand crafted silk scarf by my Secret Santa - its just my colours.  I also received this Cinnamon & Orange Soap and Grapefruit Aloe Shampoo as a Thank you from Amy.  The shampoo has twigged D's interest. I said he likes citrus things. 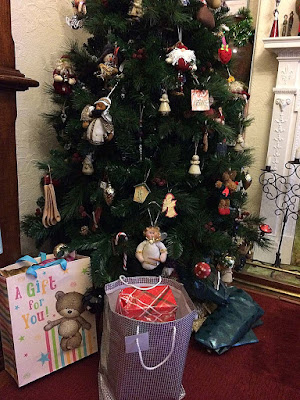 Now onto things under our Christmas tree.  One of the gift bags comes from a friend at work (the very same one I had for Secret Santa) and the other gift bag was collaborate effort of a young nephew and nieces.  Everything else was mostly from my husband or from me to him. My husband thinks I am hard to buy for, I don't think I am.  Of course like most people I would love a bigger house with a bigger kitchen, a real log fire, a dog ...but the truth is I am content with what I already have in my life, everything else is a bonus! 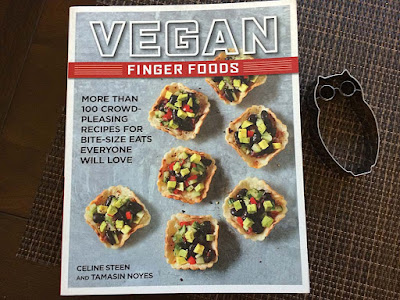 So what did I get?  An electric tooth brush and here are some cookbooks; a Owl shaped cookie cutter to go with my cookie cutter collection. Another vegan cookbook, even though I am not vegan - but hey everyone can eat vegan. 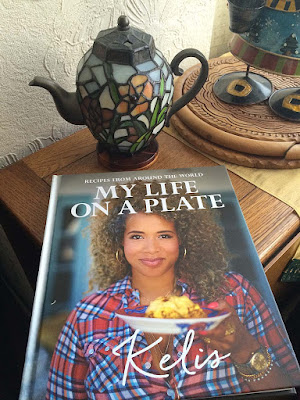 This one is not a vegetarian cookbook, but I am a fan of Kelis and had her cookbook My Life on A Plate on my wish list.  She has an entire album dedicated to Food, here is a link to one called Breakfast.  There are plenty of recipes that can be adapted and some of course are already naturally vegetarian. 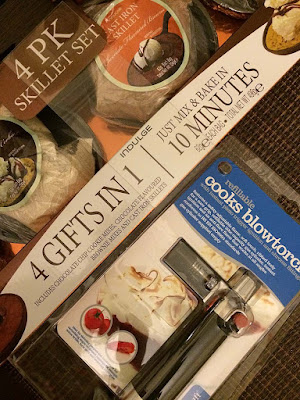 For the kitchen - a Cooks Blowtorch.  D remembered me grumbling about not having one when I made vegan Creme Brulee a little while back; and  4 pack skillet set for making cookies in the oven. 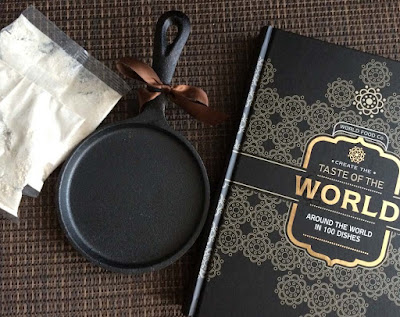 Here is one of the skillets out of the packaging.  The skillets are cast iron and can be used again and again, the cookies will be demolished in no time at all.  I was also given another cookbook by a friend at work. 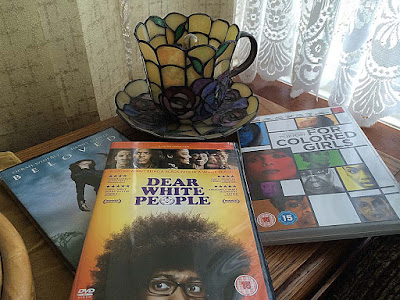 Some African American movies DVDs.  Dear White People and For Coloured Girls Who Have Considered Suicide.  I watched Beloved many years ago at the cinema with D when we were both at University, so it was nice to have my own copy now. 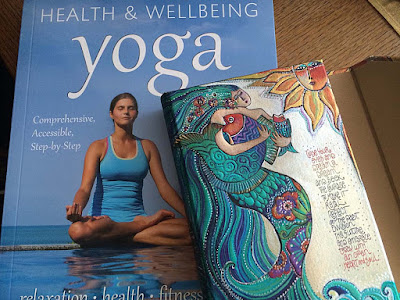 Early this year I had started Yoga but had to drop out. Like gardening,  I hope to get back into it in 2016.  D also presented me with a 2016 diary.  I am no mermaid, but I do love the rainbow like colours depicted here. The nieces got me some Yankee Candles.  I had gone over their house a few months back and spotted some Yankee candles that were Cafe Culture scented.  These are scents that evoke the festive season. How sweet they remembered. 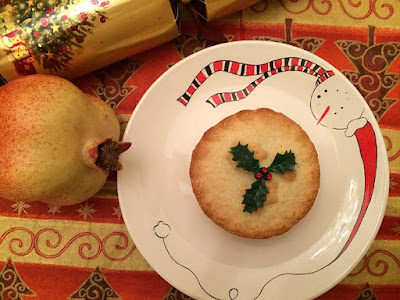 Other than making a Root Vegetable Terrine  with Chestnuts (still to be showcased) and a Hot Water Crust vegetarian Christmas Pie, I have to admit I have not cooked or baked much in the way of festive recipes.  D made our Christmas Vegetarian Roast Dinner. In fact I will admit that I have been extremely lazy, have long sleep ins and indulging in lots of shop bought mince pies.  The Christmas Pudding gifted to me last year is still in its packet. But I am not feeling overly guilty about this, there is only the two of us and there is only so much two people can eat - so we have been eating in moderation, except for the chocolates that were given to D...Please don't ask about them. 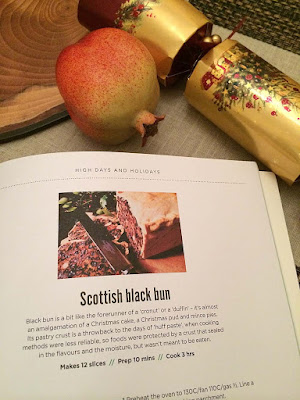 Even though I  have some new cookbooks, I found myself flicking through one gifted to me last year for Christmas.  Meat Free Any Day by Sarah Beattie.  I was thinking of making this Scottish Black Bun, but not many people I know like dried fruit - so it remains bookmarked for another year. 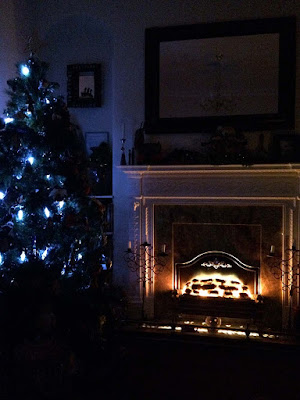 Still enjoying the Christmas tree. And don't be deceived  - this is not a real log fire, it just gives us the illusion that it is so, one day it may happen.