This is a softly scented Darjeeling Pecan Tea Loaf. 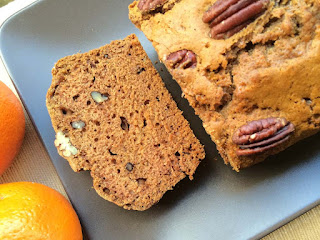 I was prompted to make when Tea and  Sympatico left a comment on my vegan Jaffa Cake' , after responding to her comment.  I had a little nosy around a blog she followed and clocked a Tea Loaf recipe that would use up 2 tablespoons of marmalade sitting at the bottom of the jar left over from the Jaffa Cake recipe,  It was not long before I found myself in the kitchen measuring out the ingredients and those I d id not have, I substituted with what I had. For example her cake was made with Orange flavour Redbush (Rooibos), I used Darjeeling. 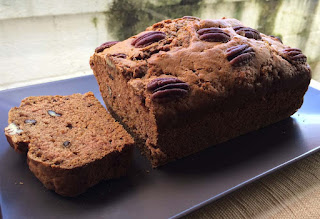 I am not a Darjeeling tea drinker, my husband is and I've used his teabags in the past for Banana and Darjeeling Cake: this loaf though is suitable for vegans.  There was something Welsh Bara Brith about it too which I liked. So even though this cake is made with tea, you still need a cuppa with it to wash it down. I am sharing these 'Cake' with Jibber Jabber Uk for Love Cake: the theme is I'll Drink to That:  Alphabakes hosted by Caroline Makes and The More Than The Occasional Baker.  The letter is T and this vegan cake is made with Darjeeling Tea. 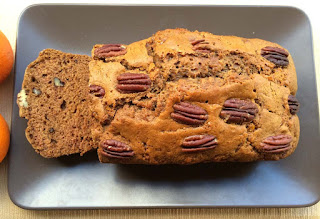 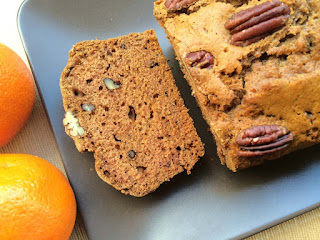 Method
Preheat oven to gas mark 180oc.
In a bowl, sift the dry ingredients into a large bow, then one at a time stir in the wet ingredients until well combined, then stir in the pecans, marmalade and dried fruit if using, then stir well to combine, before scraping into a loaf tin that has been lined with non stick baking parchment paper.

Top the cake batter with the remaining pecans.
Transfer to tin and bake for 50 minutes or until golden and firm to the touch.  Remove from the oven and allow to cool down before removing from the tin and slicing.
Adapted from Cake Liberation Front: Orange and Pecan Tea Bread. 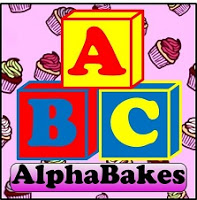