Last weekend, we went into the city of Cardiff for a bit of shopping, but as usual we were there early and many of the shops were not open, so we decided to have a mooch about in Bute Park - dubbed as the green heart of the city. 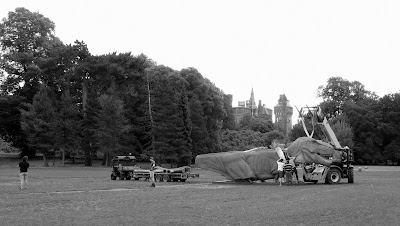 Well what an interesting sight we stumbled upon. 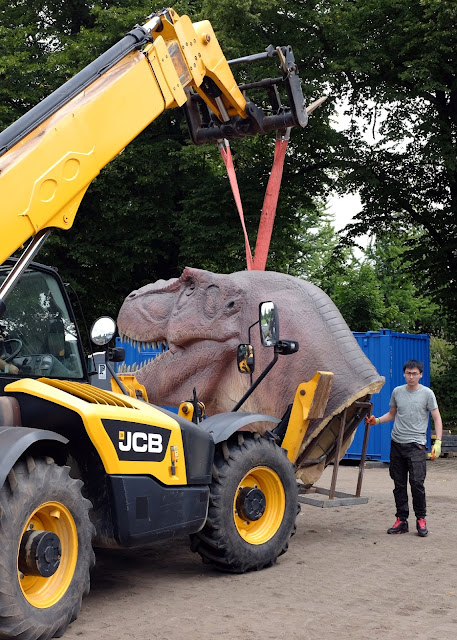 We learned very quickly that Jurassic Kingdom had taken over Cardiff Park  as one of its five stops in the UK.

Jurassic Kingdom is an outdoor educational touring  experience for people of all ages to explore green spaces and encounter more than 30 life size epic animatronic dinosaurs from a 85 foot long Diplodocus, to Triceratops and Tyrannosaurus Rex in the most unexpected of green spaces. 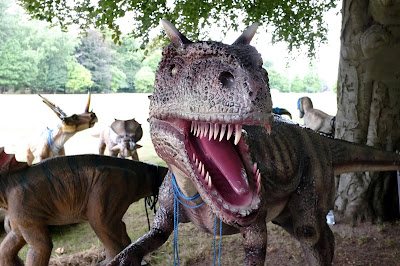 It was pretty cool, in fact very cool to see the workers putting them together like a  jigsaw.  We were also very lucky to be able to get up quite close and personal and touch some of them. 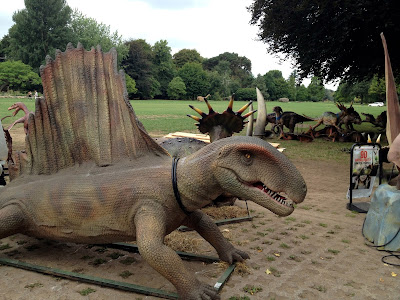 Here are some photographs we took.  If you find youself in Cardiff between Saturday August 11th to Monday 27 August 2018 - you note these awesome dinosaurs are now behind barricades, understandably why - you don't want them to escape and cause havoc in Cardiff Bute Park. 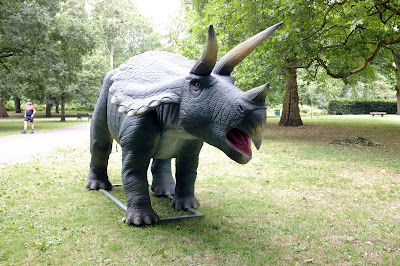 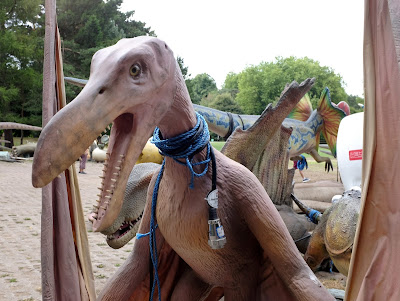 I don't know my dinosaurs, but I think this is a flying dinosaur Pterosaurs that was ready to be suspended from a tree. 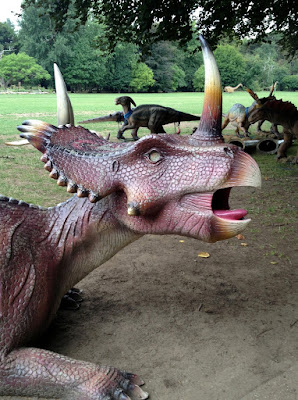 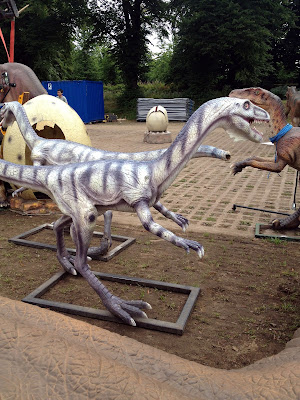 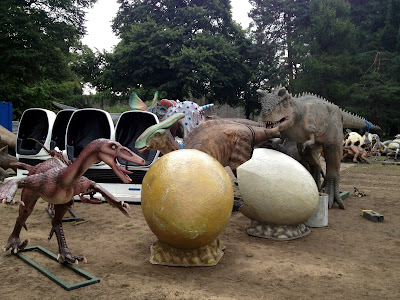 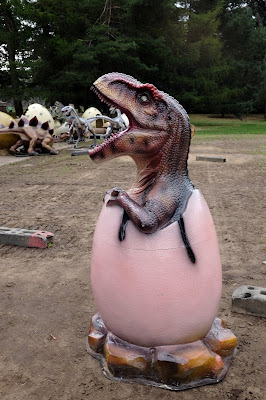 The dinosaur eggs are hatching. 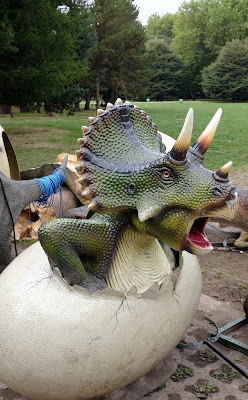 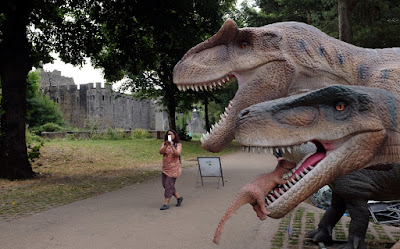 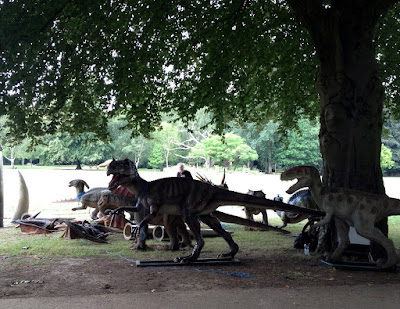 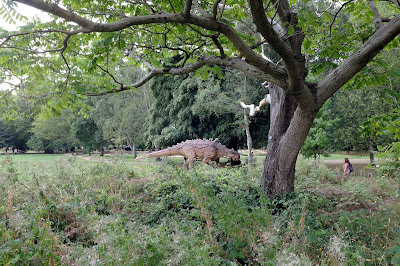