In mid September 2011, the city of Glasgow had it annual Open Doors Day programme.  I fancied going to check out some of the allotments, but D still hurts at the loss of our allotment plot and cared not to view others.  There were plenty of other heritage and artsy places to visit, but we ended up going to view the  Red Road Flats in Glasgow.  These flats were built in the 1960s as a solution to the post war housing shortage.  The Red Road Flats is located in one of the most deprived parts of Glasgow.   I had been to these flats once before, in my capacity as a volunteer during my student days, but not since.  I'm sad to say it hadn't changed much in that time. 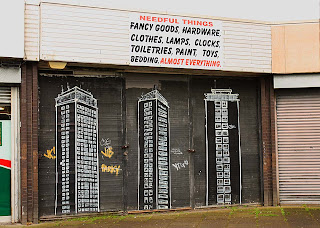 Not that we will be here to see it, but Glasgow's North East skyline will dramatically change in the next few years as these decaying tower blocks are demolished.  About time say many. 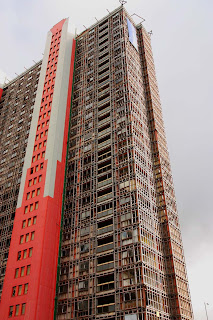 In 2000, asylum seekers and refugees begun to be dispersed in Scotland. Many were dispersed namely in the city of Glasgow and housed in the Red Road flats. Within weeks, tensions between the host community and new communities increased in forms of 'acceptable racism' and accusations of bogus asylum seekers. It was not unusual to see the right wing racist party driving its van through the estate increasing tensions further between the poorest white communities and the most destitute. Sadly suicides are commonplace here too.   Only a couple of years ago, a asylum seeker family of three from Russia committed suicide by leaping from their 15th floor flat.  These flats are steeped in history for many: from the 1960s to the present day. 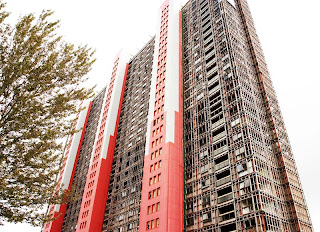 As you can see from some of the photographs, demolition work has already begun in some cases.  Just look at these flats. 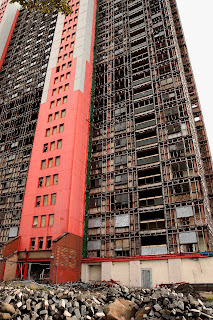 Anyway, back to our visit.  Last year, one of the 31 storey tower flats block of flats was open to the public. 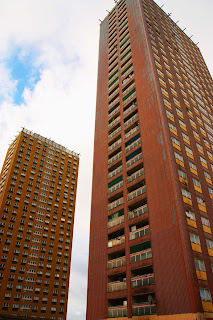 As D and me pulled up outside, we were surprised at the number of Rolls Royce and Jaguar vehicles were parked up.  It is possible that the owners of these vehicles were people who originally grew up in Red Road and made good, therefore here to reminisce.  But you could see it got some of the locals rubber necking (curious), understandably so as its not the kind of place where you see flash rolling cars. 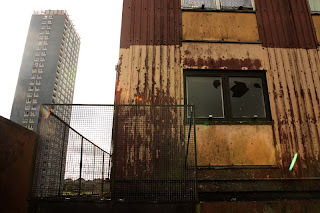 The thing that really made our mouths drop was the fact that people were still living in these flats.  I had a number of women from visibly diverse ethnic backgrounds approach me to ask why there were so many people about and why were they here? 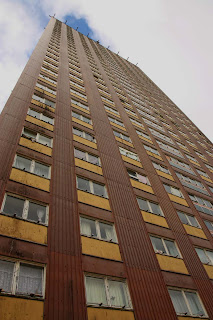 It appeared like the council may not have informed the occupants of this flat being  part of the open day and how they - the residents there - were in a way part of the exhibition and the open day - insultingly a bit like a animal zoo.  Having once worked closely with asylum seekers, refugees and diverse ethnic minority communities, I felt a bit guilty and angry.  My intention on the day was to see the inside of the flat and the exhibition, not gawp at the communities living there. I had honestly thought the building was un-occupied - to be demolished like the others. 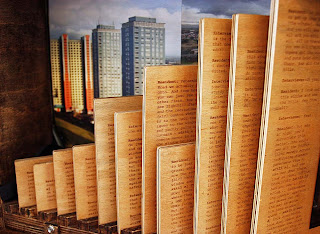 We got the lift to the 23rd floor.  And into the flat that was open to the public. 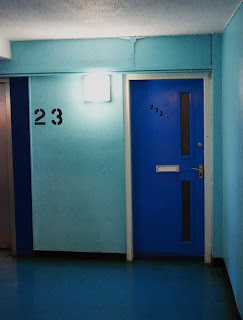 The brochure for 2011 Glasgow Open Days boasts 'fantastic views from the 23rd floor'. 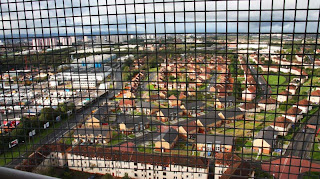 I am lost for words. I know this feature is for safety, but to boast 'fantastic views' from behind effectively what is a barricade is just plain wrong. 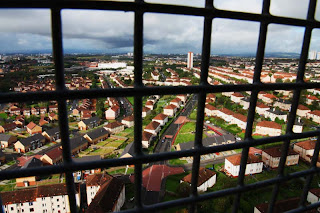 You feel more like a prisoner or animal in a cage wanting to be part of the wider society or concrete jungle. 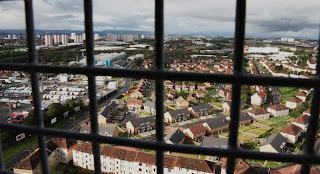 If I want to see fantastic views, I'd go to the Glasgow Science Centre with its 100m skyward Tower. 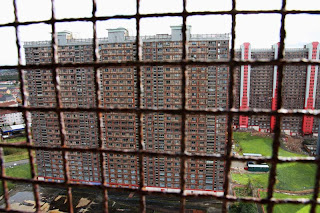 It was still good to see some exhibited work. 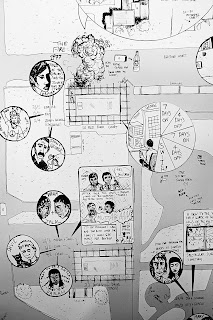 Click on the images to get a clearer image. 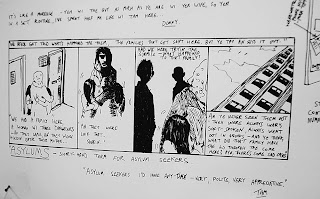 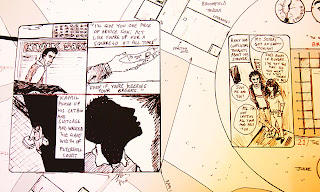 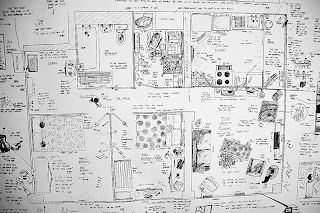 These intricate and well detailed paper cut exhibits on black paper entitled 'The Search For Home' are by Flora Alexander.  Very impressive. 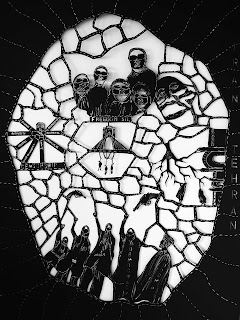 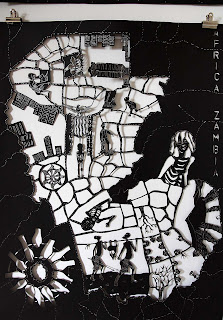 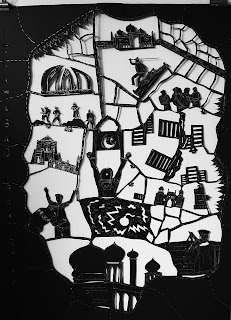 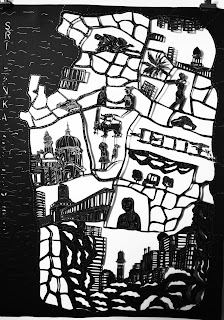 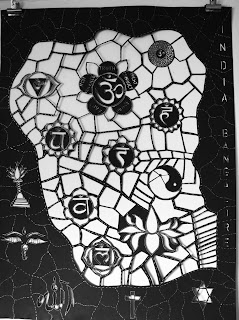 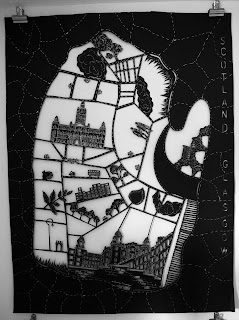 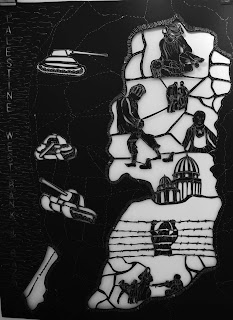 I have to say, I was extremely disappointed that there was no community representation there, especially as the exhibition and display boasted sharing stories of the Red Road communities gathered through the Red Road Cultural Project.  Yet I did not meet a single person who resided there being part of the Open Day initiative. 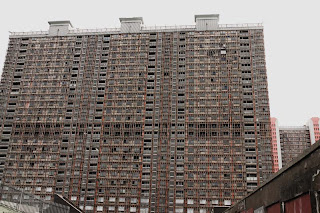 I don't like where I presently live at all, but I have to say I am grateful and humbled that I do not live in a place  where I am constantly looking over my shoulder. 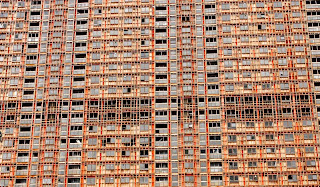 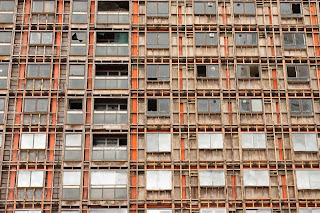 I presently live where I do because that is what I could afford, an element of choice.  People living here now  - today, regardless of their skin colour, did not have that choice.  I am thankful and privileged in many ways.