Work has been busy with deadlines to complete, that I find myself too tired to come home and then sit in front of the computer to blog, but I have found some energy today.
I don't have much to share in the way of cooking at home at the moment, so today I thought I would share some festive shenanigans from work. 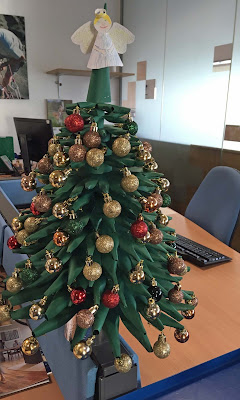 Here is a Christmas tree made from scratch with green paper and then decorated with mini baubles. 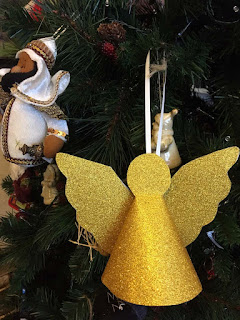 Even I made an effort making a gold 3D angel topper for my Christmas tree at home. 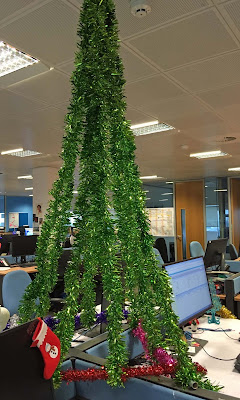 At work, colleagues decided to spruce up the workplace and do a cheap and cheerful challenge called Pimp your Pod.  Surprisingly, me and my colleagues came first with our simple cascading tinsel Christmas tree. 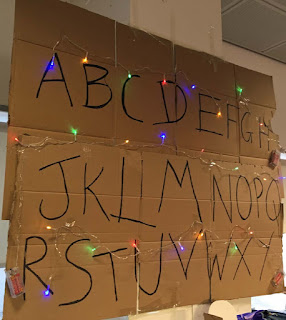 But fair play to the runners up with their Stranger Things Wall theme, though not everyone got it - thinking it was a ouiji board!  By the way it was more effective and impressive with the lights turned off. 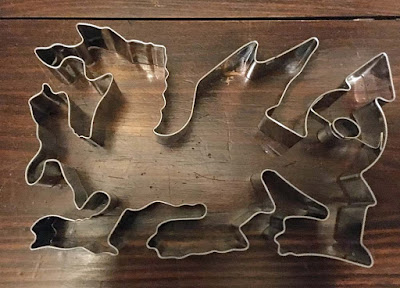 My Secret Santa at work gave me a dragon cookie cutter which was genuinely welcome, as I had gifted mine to a friend.  But I wondered why they had thought of this, then it occurred to me that I had made my Welsh Pie to celebrate the end of Great British Bake Off a few months back when we all bought in homemade bakes and cakes.  However, my Welsh Pie was actually missing the eye pleasing aspect of it - the Welsh Dragon topper, though I did make an effort to cut out the letters to spell Cymru - Wales in Welsh.  I don't think they are aware of my food blog, but someone must had overheard, listened and remembered to me and the missing Welsh dragon topping to get me a replacement (by the I won the GBBO at work!).


We also had a our works Christmas lunch.  Not a place I would have chosen, the food was pretty standard.  This is what I had, not that exciting at all and to be truthful, I don't know why I am sharing it - Well, just to make a point that vegetarians and vegans don't get exciting festive food when we go out to eat at mainstream eateries. 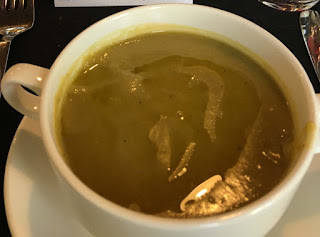 Leek and Potato Soup.  It was okay. 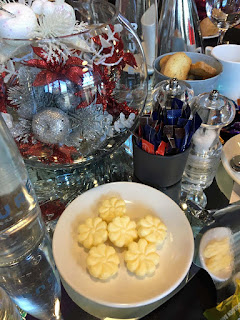 The best part was the butter made to look like flowers.  I actually have some butter mould at home, should try and dig them out to use over the festive holidays. 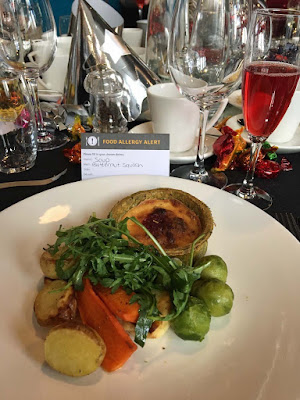 This was my vegetarian Christmas plate - I had expected a butternut squash tart, instead I got a really gooey cheese tart with some beetroot plonked in the middle.  The potatoes were not even roasted. 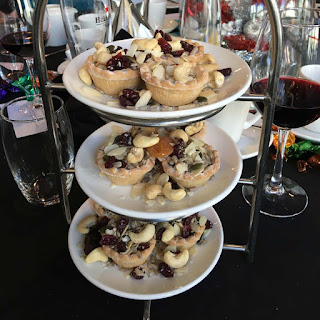 Finished off with coffee and some mini mince pies - I had three as I was still hungry.

My husband says it's not just about the food, but the company.  He is right, but I am still going to disagree, it is also about the food for me, after all I don't et out that much, so I have high expectations when I do. 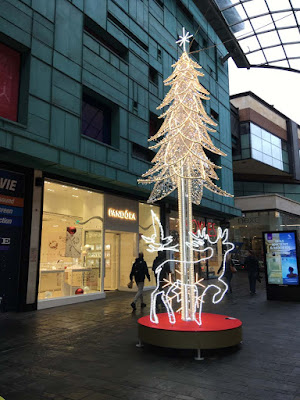 Then we then went into the city of Bristol...

Email ThisBlogThis!Share to TwitterShare to FacebookShare to Pinterest
Labels: Christmas