September Finds In My Kitchen

Alas its September the month that slowly brings in the seasonal changes in both weather, fruit and vegetables and colours. 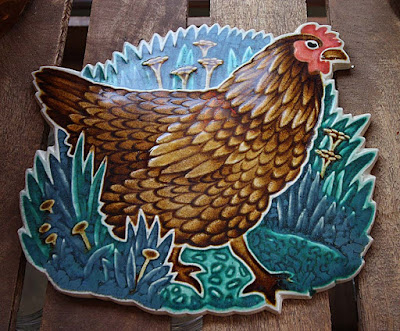 I picked up this ceramic Hen Trivet from a Cats Protection charity event for £2.50. 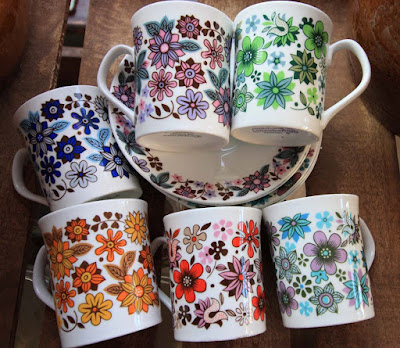 A few weeks back we went to a Sunday Boot Market in Bristol.  A elderly womanknown as Grandma to the young girl who was sharing the stall with her was selling these truly vintage 1960s Carnaby Elizabethan tea set comprising of tea cups and saucers.  She shared she had purchased it from new and was selling it originally for £25.00, but was willing to let it go for £20.00.   I have always coveted them, the fact that they are all different and the flower pattern is so pretty. I just could not pass them by.  I gave D the batted eye lashes. He succumbed to my charm and said go on then... ..I adore them. 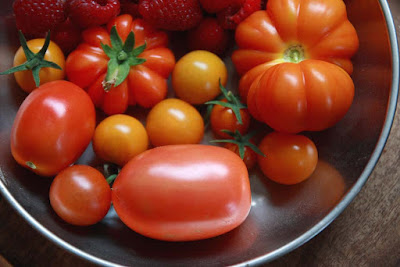 We went to Glastonbury at the weekend.  Then on the way back stopped at a Wells Reclamation in Somerset.  Its an amazing place with so much to look at including a Yellow Submarine, a Tank and a giant cockerel.  There are are also lots of things there that look old but are not, like this grocers wooden crate fruit vegetable stand.

I have wanted something to stack my storage glass jars as I am always having to pull everything out to find the one that I want.  Stored like this, I could easily see which jar I wanted. D agreed this wooden unit would be a good purchase for our home  kitchen and it was relatively attractive to look at and for the price.  For the beady eyes amongst you, the two large pots on top where gifted to me a long while back, they are actually designed to be Kimchi Pots, but I don't know how practical they are.  I have been storing onions in them. 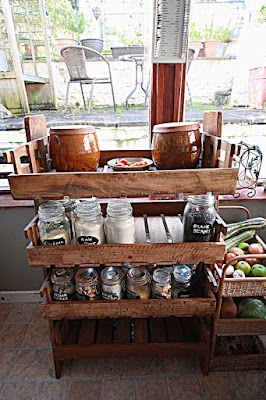 Then below them, on the lower two shelves we have two types of jars - both filled with flours, grains and beans.  The first are Kilner jars when I have been able to afford them; and recycled jars from Douwe Egberts Coffee.  I find the lids fiddly these days, but they are airtight.  I ran out of chalk labels for the jars, so that is on my shopping list. We are both pleased with this grocers wooden vegetable rack stand come shelving unit, in fact I love it! 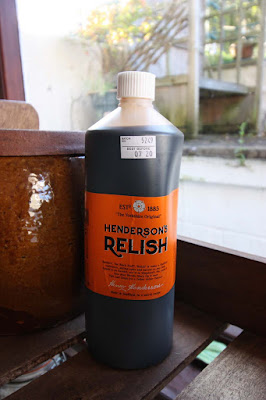 Blogging has brought a new blogger friend into my life. Once upon a time, Ray used to blog under the guise of the Garlic Buddha, but these days he blogs over at The Humble Lentil.   Ray is an awesome baker and does a lot of experimentation with fermentation and has inspired me and recommended more than a couple of cookbooks to me.

Anyway, last month he was lovely enough to send me over a rather generous bottle of Sheffield,Yorkshires finest -  Hendersons Relish apparently there is a cult following for this stuff with the likes of the Arctic Monkeys, Marco Pierre White and KT Tunstall.  It is a sauce and described as an alternative to Worcestershire Sauce.  Ray describes it as having a sweet, salty, tamarind flavour.  Henderson's Relish also happens to be vegan and therefore a fantastic substitute for Worcestershire Sauce.  Ray also later sent me a sachet of Follow Your Heart Vegan Egg.  I am so pleased to have been given some to try as there was no way I would have purchased it myself.  Thank you so much Ray. 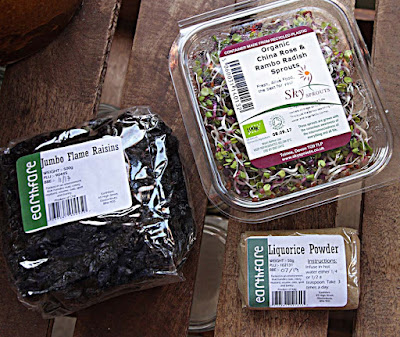 I mentioned that we went to Glastonbury over the weekend, I like stopping at a Health store called EarthFare: The Natural and Organic Store - I am able to get some specialist ingredients there when I want to be more creative and experimental, in this case Liquorice Powder.  I have been wanting to make a licorice cake for a long long while and perhaps this Halloween I shall.  I also love these China Rose and Rambo Radish Sprouts and D picked up some jumbo flame raisins. 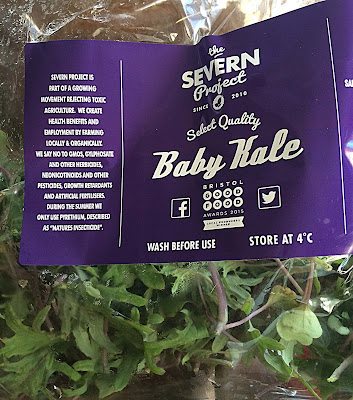 I also picked up some Baby Kale, it actually tastes like rocket.  It is from the Severn Project that began in Bristol 2010.  The aim of the project is empower individuals and communities by providing training, education and employment opportunities. 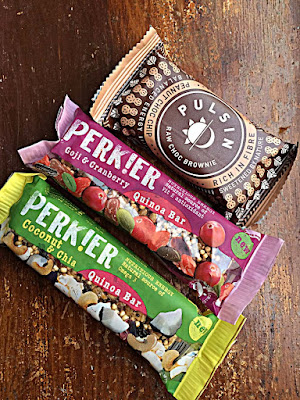 A fortnight ago we went to Cheltenham Vegan Fair - I was one of the first 100 people to and was given a goody bag that contained Perkier Quinoa Bar and Pulsin Raw Brownie Bar below. 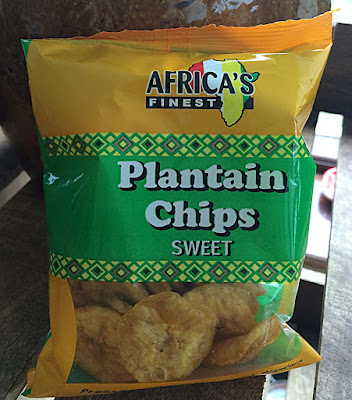 Now I will travel parts of the world with different cuisines: Africa's Finest Sweet Plantain Chips. 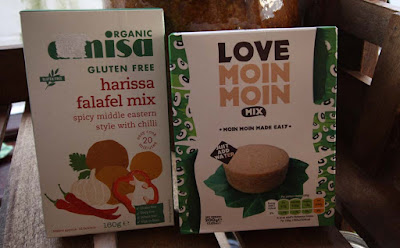 Harissa Falafel Mix and Moin Moin from Love Chin Chin:  The Real African Food Company. Moin Moin is a savoury steamed Black eyed Nigerian Cake - I don't often do out of the packet stuff, but picked these up mostly out of curiosity. I had seen Black eyed Pea Cakes being sold at the Bristol VegFest a while back.  I know these will not taste the same as fresh, but it will give me some insight. 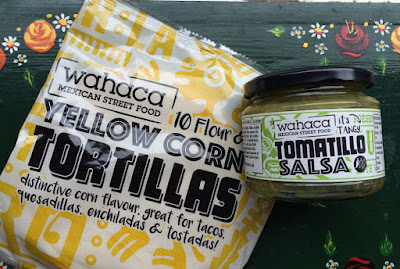 Some Wahaca Tomatillo Salsa and Yellow Corn Tortilla, both of which were very good. 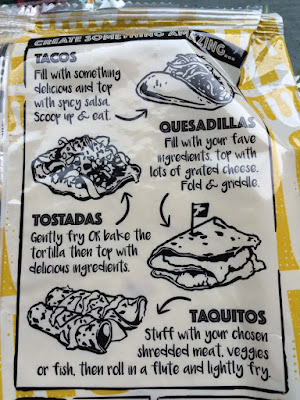 I was amused with the illustrations and confess we uses the tortillas this time round as tacos. I am sharing this with Sherry Pickings for In My Kitchen series, please do join in.