As we stepped onto Wagram the street was full of stalls selling antiques. There were a number of things that we both liked, but some were way too pricey or way to big to transport back home, so we just looked. At one point I had spotted an old fashioned mushroom money box, the vendor told us it was made in the 1920s and he would sell it to us for 20 Euros. I decided to think about it, this could be my souvenir from Paris. 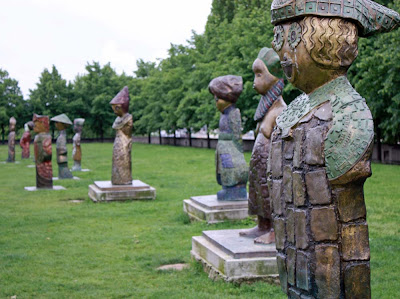 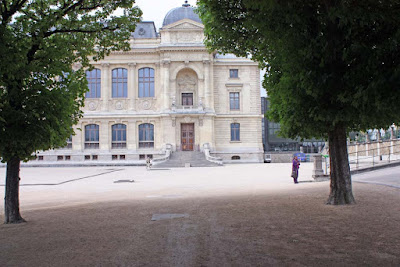 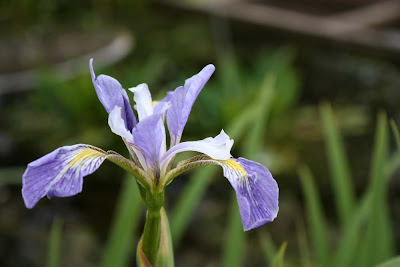 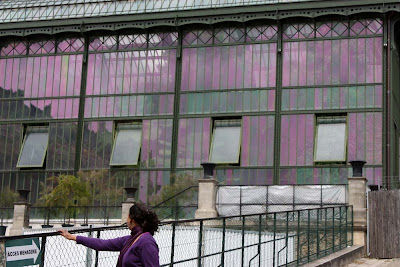 Purple is my colour at the moment, I seem to be wearing it a lot recently. Hence the photo of the building, the shimmering of the purple clashing with my cardigan. Mmm wish I had a dress that colour... 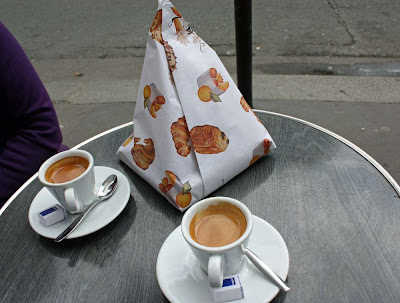 I love how the french pattisieries wrap the pastries, meringues, cakes and tarts, when you go to open them up, they feel like a special present - just for you. 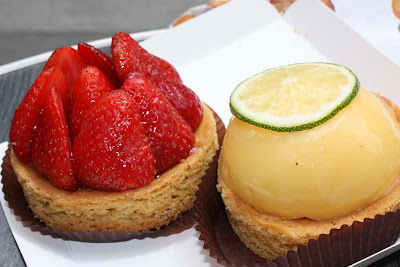 Citrus tart and strawberries on an almond tart. A nice present. 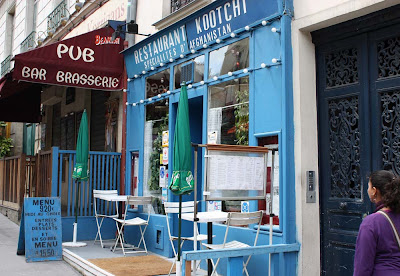 Now that's something you dont see in the UK, an Afghanistan Restaurant. 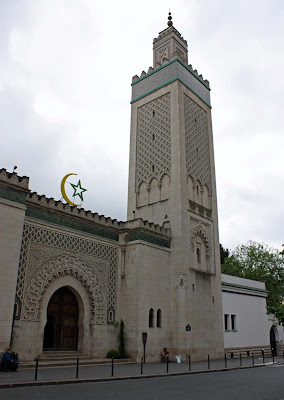 Mosque in Paris, also serves as a tourist attraction. There was a quaint Turkish style tea room at the back at the mosque, where D and me decided to rest awhile. 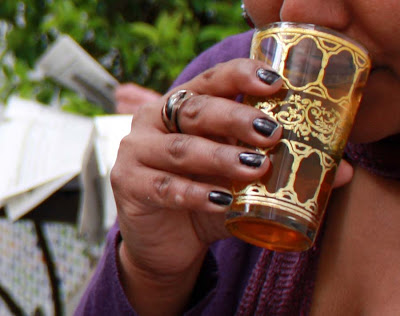 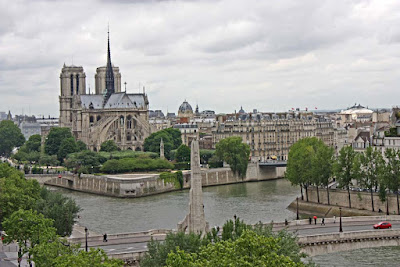 Institution du Monde Arabe where we got a good and free view of the city. 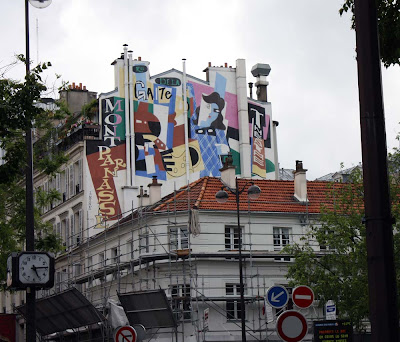 D decided it was time for us to sit down and take shelter from the rain, I was more than happy to do this as my feet were beginning to get sore. As I was feeling a little nippy I wanted to sit inside, but Ds attitude was we are in Paris and should do as Parisians do, so we did we sat on a corner café on the Left Bank in Montparnasse and paid 11 euros for two café noirs – extortionate or what!?
We decided to get the underground to Barbes Rouchechouart to head to a Vegetarian restaurant. As we got out of the metro onto the streets, the first thought to run through my head was 'Oh my god where am I? The tourist book described this place as little North Africa . The hustle and bustle. I have never seen anything like it and it is an experience I will not forget in a hurry. Although we had a list of vegetarian establishments we seemed to mess up with our timings. By the time we were hungry many of these places had closed down for the day. One of these was Le Vegeterien closed for the rest of the day.
. 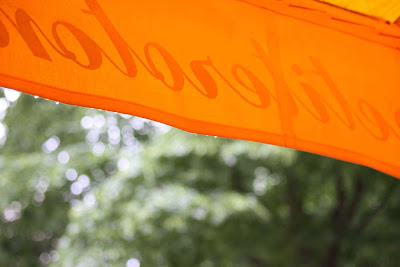 We were in St Denis and I was starting to get a bit hungry and was willing to settle for legumes potage and au pain (soup and bread) how wrong can you go with a vegetable soup. Very wrong! This place which had the word ‘turtle’ in its name was appalling. It was one of the worst soups I have ever had, the other was in North Berwick in the East of Scotland, sadly I remember these things. With the soup barely touched, I made a visual point to door man encouraging passers to come in by spooning the sloppy watery soup in and out of the bowl, plus it was the second time we decided not to leave a tip. 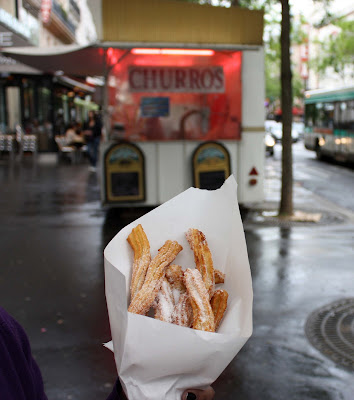 Still hungry, I spotted a churros stall, having never had a churros (Spanish pastry usually eaten at breakfast) I got myself some. It was a tasty bargain 3 euros for 12 pieces. 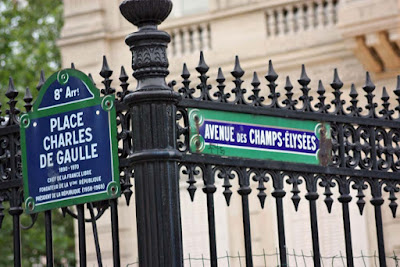 Battered by the rain and sugared out from the various sweets we decided to head back to hotel via the Arc de Triumphe. This was probably the most unproductive day in relation to sight seeing. The weather certainly brought me down and the eating outlets continued to disappoint this vegetarian in Paris.