Daffodils In My Kitchen

St David's Day brought with it daffodils, a handful which made their way into my kitchen. 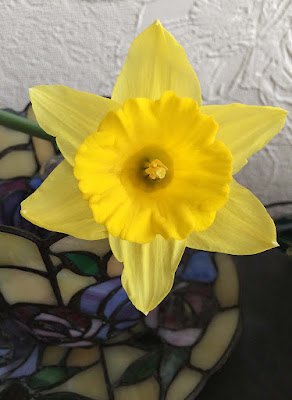 I didn't have a small vase to showcase the daffodils, so had to improvise. 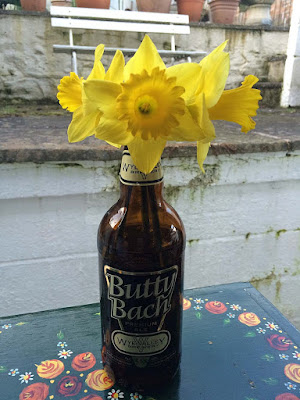 I had to go into the recycle bin and pull out an empty bottle of Butty Bach Ale (vegetarian and vegan reader please  see upcoming note below)* that D drank over the weekend whilst watching football.  Butty Bach translates as 'Little Friend'.   Some of you will have read my blog post on the word 'Butty' - see this link if you missed it. 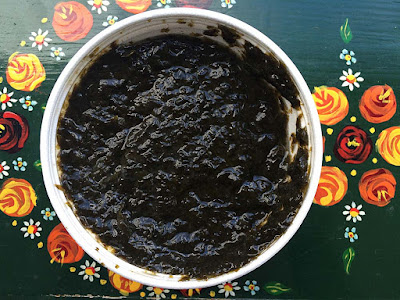 I had picked up some fresh Welsh Laverbread from the market at the weekend to make lots of Welsh recipes.  For those of you unfamiliar with Welsh Laverbread or 'bara lawr' as it is known in Wales is a seaweed, that is cooked down to a jet green paste famously described by the acclaimed Welsh actor Richard Burton as 'Welshman's caviar'.   I made a number of recipes with it, including Laverbread Risotto, Laverbread Hummus, seitan Laverbread sausages, and a vegan version of Welsh faggots. 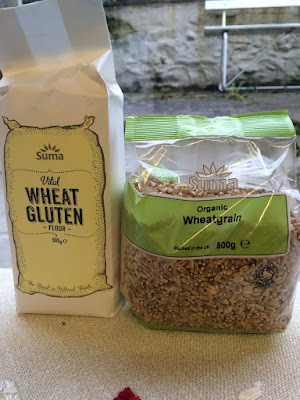 In my kitchen there is vital wheat gluten an essential ingredient to make mock seitan sausages at home.  I also got some wheatgrain to experiment with - more about that later. 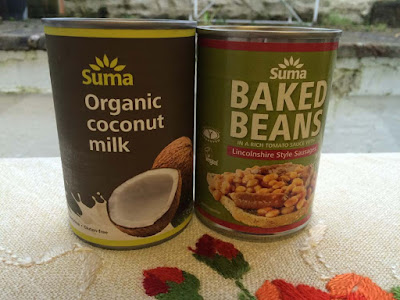 A tin of coconut milk and a tin of Baked Beans with mini Lincolnshire sausages.  I've had these before and quite enjoyed them for breakfast. We went to Ludlow a little while back. I picked up a small bottle of Black Truffle Oil for some posh evening meals. 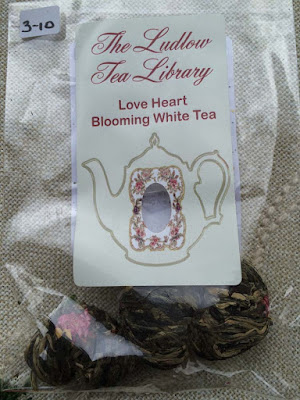 There was a market on in the town and a little stall called The Ludlow Tea Library was selling flowery herbal teas.  I was attracted to these bud  called Love Heart Blooming White Tea. These are flower buds that bloom to a flower when hot water is poured over it.  Its a herbal tea.  I am looking forward to trying it, but need a guest or two to come on over to make more of it. 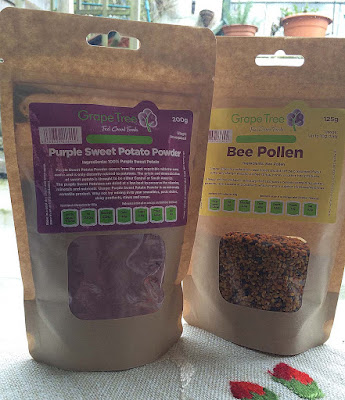 Whilst walking through the streets of Ludlow there was a health shop I had not seen before called Grape Tree selling nuts and dried fruits and seeds.  I picked up a few packets, including Purple Sweet Potato Powder and Bee Pollen.  I have no idea why I picked the Bee Pollen, so if anyone has any suggestions of ideas what to do with it, please do let me know. 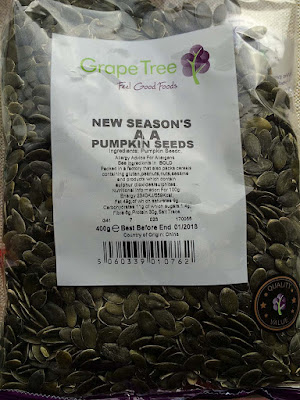 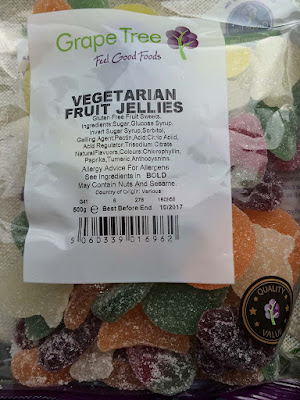 I also treated myself to a big bag of vegetarian fruit jelly sweets. I used to have a thing for Wine Gums until I found out they were not suitable for vegetarians and gave them up pretty sharpish. 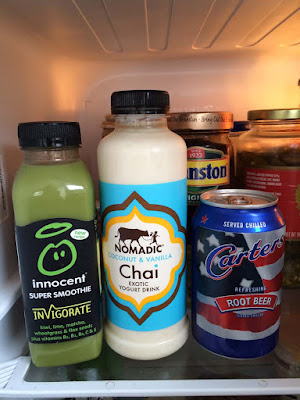 Open my fridge today and you will find some new drinks.  All given to me by other people. Innocent Smoothie made with kiwi, lime, matcha and wheatgrass, a bottle of Nomadic Coconut and Vanilla Chai Yogurt Drink (my mother would roll her eyes at me if she saw this in my fridge as she would vouch that she could make it better at home)  and America's finest Root Beer. 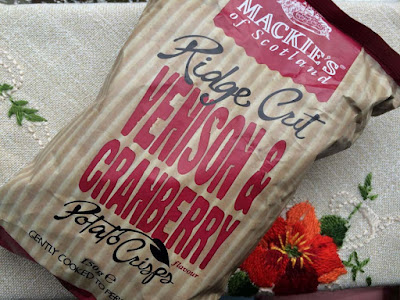 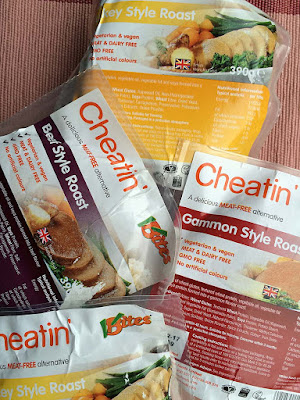 Talking of meat, here are some Cheatin mock meat products that I picked up from Holland and Barrett, most of it has gone into our little freezer for Sunday Veggie Roast dinners. There is Gammon style, Beef Style and Turkey style Roast. 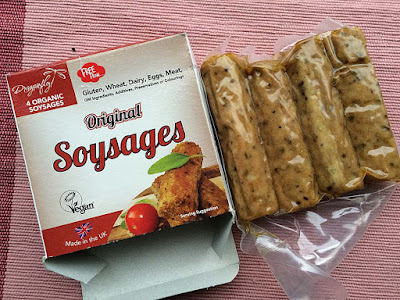 I also picked up these Soysages.  I have to be honest, neither of us liked these and I won't be getting them again, but I do like Dragonfly's Tofu. 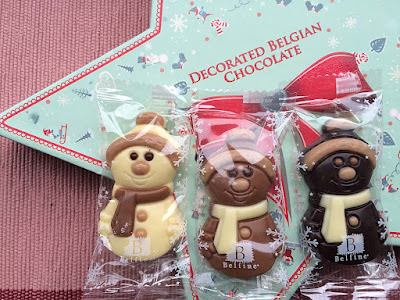 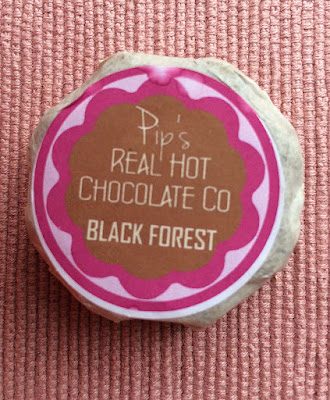 I am sharing this with the lovely Lizzy of Bizzy Lizy Good Things for In My Kitchen series.  IMK was started by Celia of Fig Jam and Lime Cordial and its one of my favourite blog events to join in with as I get to nosy in other peoples kitchen, please do join in.