Impress with a vegan Welsh Menu

When I first started cooking proper for friends; like invite them over at home at home for a three course meal and wine, I would always Impress them with an South Asian style meal partly because it was expected of me because I am of South Asian heritage and partly that is what I was comfortable in making.  However, in the last few years South Asian food has become very popular and now every one makes it at home, its no longer deemed to be a meal to impress as in most British homes there is a 'Curry Night' or everyone armed with or without Madhur Jaffrey's cookbook has a good curry recipe that they could knock up in their own kitchen in no time at all. There are a few exceptions to this though, I think Indian cuisine can still impress if you have someone like Reza Mohammad, Vivek Singh, Tony Singh and Cyrus Todiwala, Atul Kocchar to name a few cooking for you and they truly can elevate South Asian cooking to something truly impressive.

So these days, I try to impress friends and willing guinea pigs with a creative menu incorporating ingredients from my place of birth: Wales in the UK.  Here is my experimental three course vegan Welsh Menu for Vegan Mofo prompt today.

Starter
Often I will make a Welsh Dragon Leek and Potato Soup, but recently I have begun serving  Welsh Woman's Vegan Laverbread Caviar with Cashew Cream Cheese and crackers. 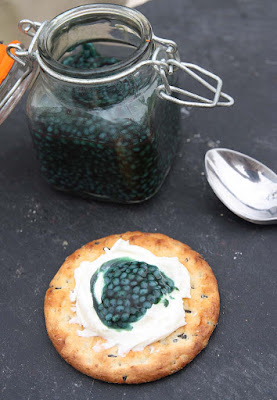 What is laverbread?!  Laverbread: a traditional Welsh delicacy that is often just spread on toast. It also known as 'Seaweed Bread' though it is not a bread at all.  The best way to describe it is seaweed pate. 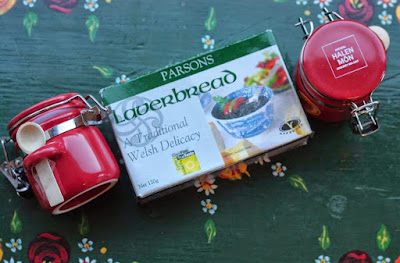 I think I am being a bit brave serving Laverbread as it is not to everyones taste, but if your up for trying something different and something that you may never have again - then I would encourage you.    To coax you, I will even pretentiously call this 'Mermaids Pearls', but 'Welsh Gentlewoman's Vegan Laverbread Caviar' sounds more cachet. 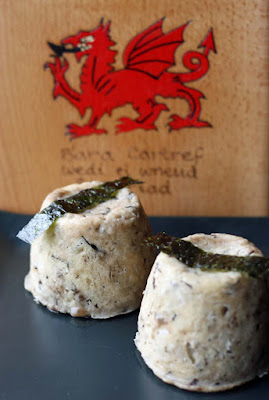 For the hearty main, I often make a pastry based dish as it sticks to the ribs.  One reason I make this as making pastry from scratch always impresses people; and the other reason I make it it really does rain in Wales a lot, and when I say rains it literally pours.  And pastry based dishes are always embraced.

So we have Welsh Laverbread Pudding which contrary to its name is actually a savoury dish - we Brits have sweet and savoury puddings - ever heard of Peas Pudding? 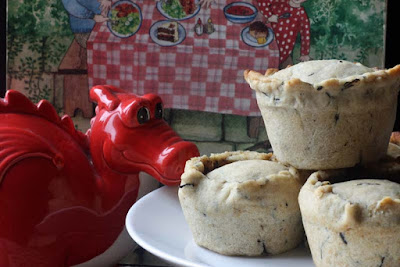 And if this Savoury Pudding does not appeal, then I opt for Laverbread, Mushroom and Puy Lentil Pies. 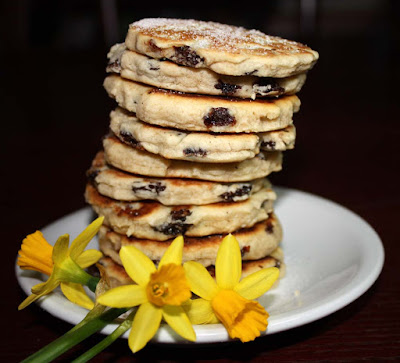 And finally, for Dessert - Vegan Welshcakes shaped into hearts if you so wish.  I am sharing these vegan Welshcakes with Treat Petite hosted by Cakeyboi. and Jibber Jabber Uk for Love Cake, the theme is Bake Local. 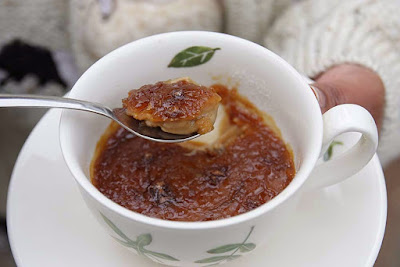 To make the humble Welshcake more decadent I like to serve it with a vegan Coconut Creme Brulee. 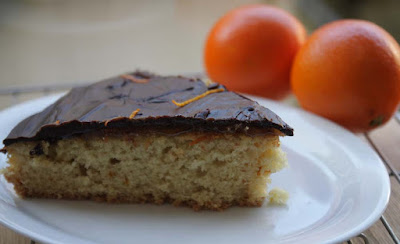 Or if you can't do any more Welsh, then maybe a slice of this Vegan Friendly Giant Jaffa Cake will appeal, it never fails to impress.