Two weeks away from home and my garden is in such a sorry state. Its not just the grass that needs cutting, I need to deadhead some flowers and remove some plants that would give you an eyesore, 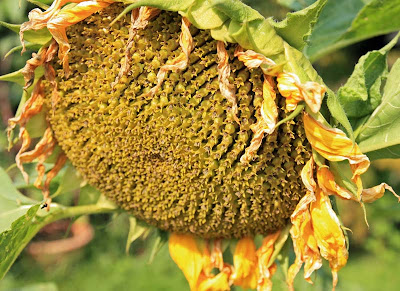 This once cheery sunflower no more, but I will leave it to dry for the birds. 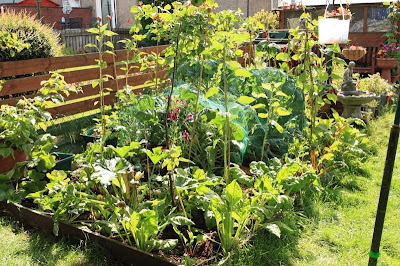 My tiny plot looks rather dishevelled and disorganised. 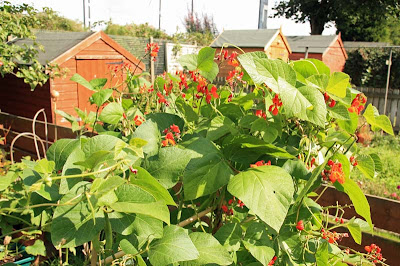 The scarlet runner beans have gone rampant and need some serious snipping. 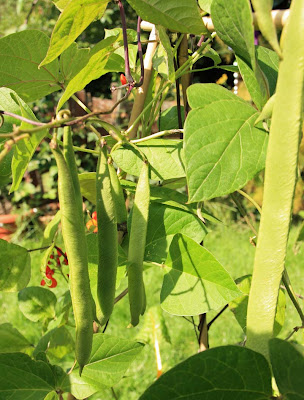 One the plus side, I walked away with an armful of scarlet runner beans, though some of them I must admit will be destined for the compost bin as the outer skin looks and feels rather taut and will be tough to eat. 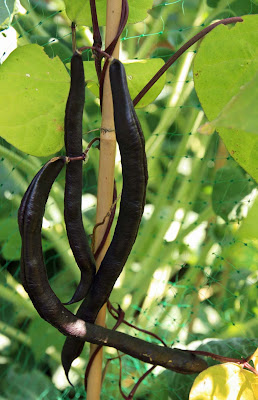 Although I have harvested these climbing Blauhilde French beans, I don't know whether they will be edible as they too are pretty thick. 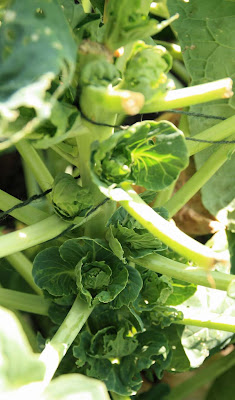 These Brussels sprouts look like they may have blown. I need to take a closer look at the others. I'm pretty much resigned to the fact that there will be no sprouts from my garden to eat. 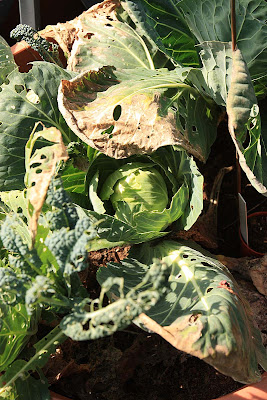 The last of the broccoli and the variety of cabbages I had growing have all been ravaged by the white cabbage butterfly and its caterpillars. Some of the lettuces in the 3 foot by 3 foot bed has bolted, so much so its producing flowers. 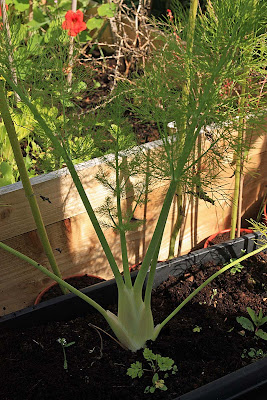 The finale fennel growing in pots seems to be doing okay. 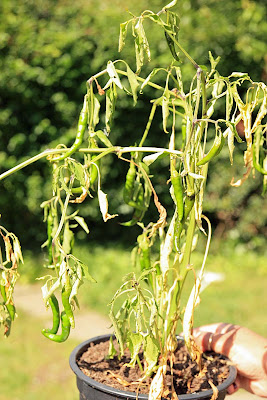 Not so for my chilli plant that is desperately wanting water. 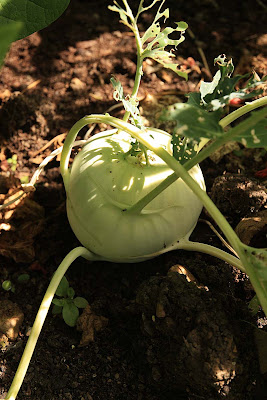 I had planted three kohlrabi's, one I had harvested and made kohlrabi fritters, the other two were left beneath the runner bean pole to continue to swell, but guess what, yesterday I noted that there was only one. We think it's been 'taken' by the neighbours below and their little boys trespassing on our garden, but we have no proof. I am pretty mift, but hope they enjoyed it and not used it as a football. 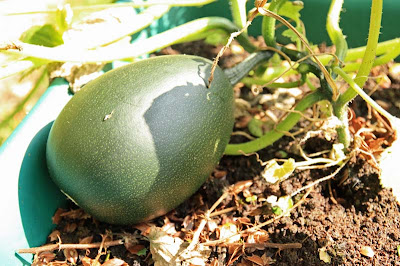 I seem to have only one Golden Apple Pumpkin growing. Shame last year I had two baskets worth, so much so I still have half a dozen or so left filling a vase as decorative pieces. I think the reason the plant is doing poorly this year is simply because they are growing in pots this year. 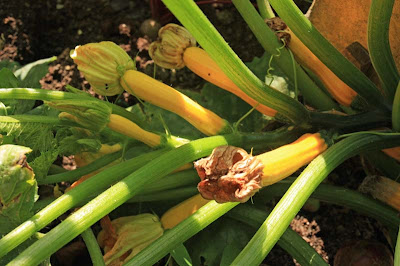 The Gold Rush courgettes are doing wonderfully though. 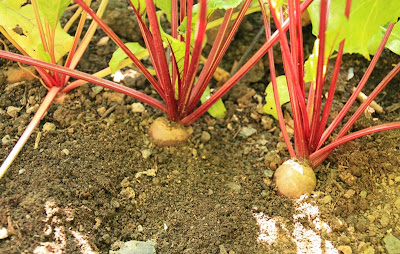 I may even get to harvest some golf ball size beetroot. 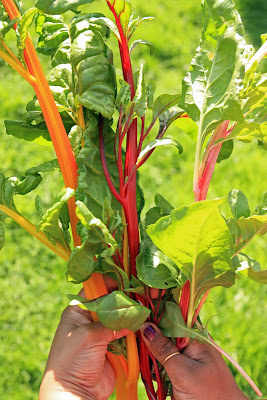 Some of the rainbow chard is doing well, some not so, these have bolted. I'll still enjoy the leaves though. 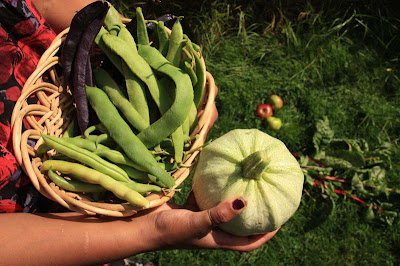 I also harvested this rather large and hard corgette di nizza. I think it will be okay grated. Some blue lake climbing french beans, a good handful of dwarf hestia runner beans, and three unscathed cooking apples. 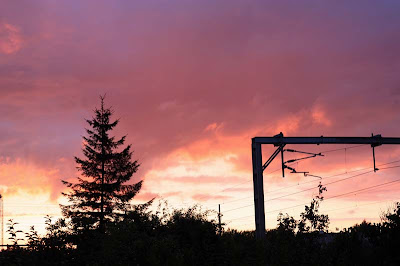 The sky last night, or was it the night before. Truly marvellous and magical.