Sunday morning, I went on a group walk with a countryside ranger to learn a little about wild foods that grow locally, and how to pick and store them. There were about a dozen people. Fathers with sons, couples and people like me on their own some. The session lasted two hours. We walked round in one big circle. First we were shown a beech tree of which the young tender leaves were edible and could be used for a liqueur called Noyau. A liqueur traditionally made with brandy flavoured with nut kernels. There is a classic British recipe called Beech Leaf Noyau. 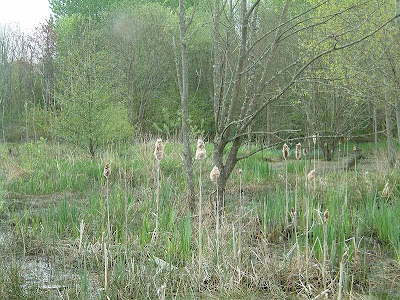 Then we were taken to a marshy part of the field and were shown this sight. On first glance it looked like little baby owls perched on the stick, but closer inspection showed otherwise. It was actually a plant called reedmace, a natural fibre that is often used for starting fire in the woods. 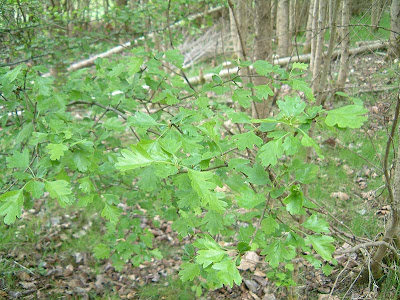 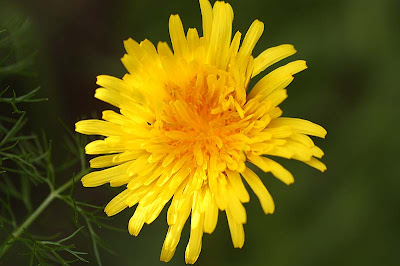 I was rather surprised at the versatility of the dandelions too. I would really like to try some in a cooked dish, but there are not many places where I live that is free from the pee of the walked dog, so me actually cooking with them may actually take a while, but do watch this space. 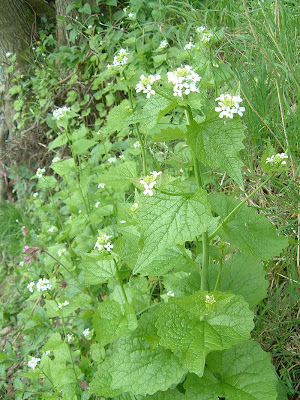 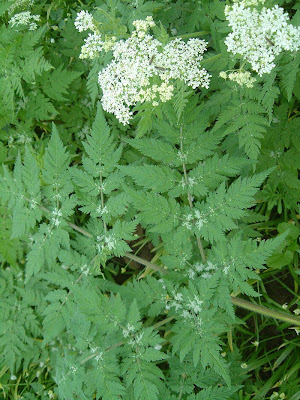 Sweet Cicely has an aniseedy taste. The dried seeds are used in baking. We were introduced to mugwort, yarrow and were given a rather quick lesson into how to tap a Silver birch tree for its sap to make recipes such as birch syrup. For me the most interesting thing was learning that cleavers, also known as goose grass were edible. Finally it was the turn of the stinging nettle. We were all made welcome to pick the stinging nettle if we wished, but i don't think anyone actually did (no gloves!). The countryside ranger also demonstrated making nettle tea. Simply pour hot water over some fresh leaves and allow to steep, before removing. If you add a slice of lemon to the hot liquid, the green colour should turn a faint pink.
Then it was back to our starting point for some non-alcoholic ginger wine, which was lovely and light compared to one I had last year, which was alcoholic. I purchased mine from a bakery in the Barras for a couple of pounds. It was powerful stuff: thick, syrupy and sweet. I really liked it and wanted to go back for some more, but never did. We also got to try some 'plum cordial' and 'Nettle and potato soup' which was warmly received by all as it started to cloud over. 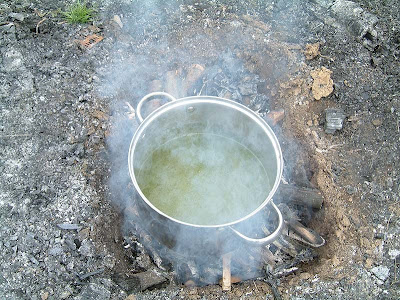 We were also shown a selection of books on foraging and cooking with wild weeds.

I have to admit this walking around re-energised me, so when I got back home, I spend about a couple of hours in the garden, putting in the Brassica plants I had picked up from an independent garden centre. These were: all year round cauliflower, Brussels sprouts and broccoli. D came down and helped me put some netting over these, so that the bigger birds, namely the collared doves, and common pigeons could not munch on them. My next concern was the slimy slugs. I better start saving those egg shells, which were actually going into the compost bin. Now I have other ideas for them.