Weeding, digging and raking over

We took advantage of the dry skies and spent a couple of hours at the plot. 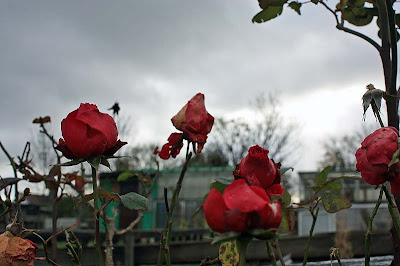 The photo below taken from the back shows the plot. Things don't look particularly pretty this time of year. I have pulled out all the sunflowers and marigolds that were adding colour originally, but now looked like battered rag dolls.

I will start from the right. At the front of the plot, we have white broccoli growing, then fenugreek (my chosen green manure), then chard, parsnips and beetroot. The plot next to this had chard too, but I dug them all out and added them to the previous bed. I may be making a mistake by moving them over this time of year, but I am not too worried as I have so much of the stuff growing at home too. Then we have PSB and Brussels sprouts, that we never got round to tying up as they too have been knocked left, right and centre by the wind and rain. Then its the last of the legume bed, which I had just starting weeding and digging over. The bed on the left with the netting is covering some cabbages, what is not covered are the calabrese plants. The stems are starting to dwindle now, so I think on our next visit I will be pulling them out. 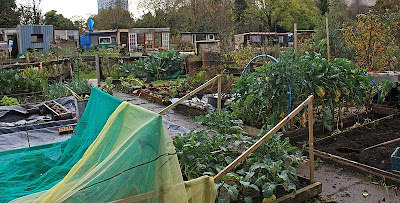 The shabby huts at the back belong to some of my lovely neighbours and may amuse you - each one is made from recycled material: discarded doors and windows to be more precise. I really like them, each and everyone unique. Talking of huts, my hut is leaking quite badly in places, so that really has to be looked at, otherwise its the beginning of rotting. 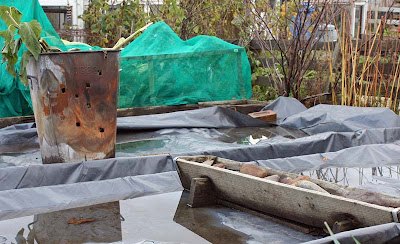 Here are the first two beds I had cleared last month. You can see the amount of standing water. 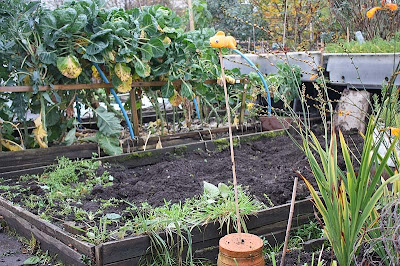 This is the last of the legume bed that I had been clearing. Its all been done now and covered. 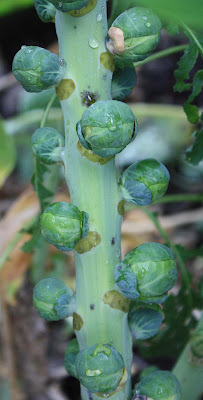 The sprouts are not looking as good as I wish. Although they are quite tall, the sprouts are really small. Maybe they will bulk up. 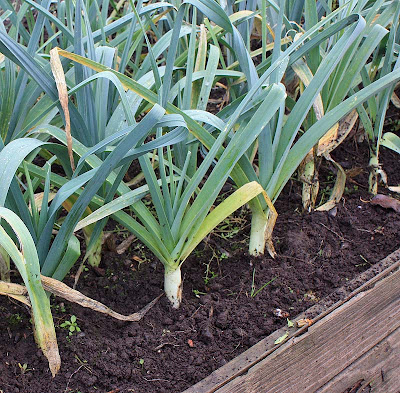 The leeks are doing pretty good. 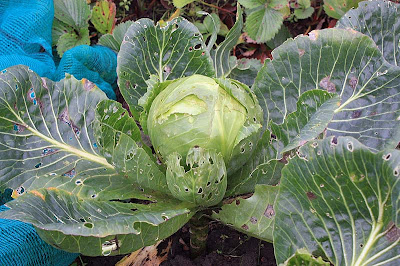 Still a load of cabbages growing. Some of which have been got by the slugs and some that will burst if I don't harvest them soon.. 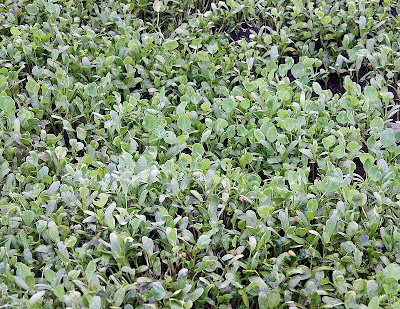 Progress photo shot of the fenugreek. 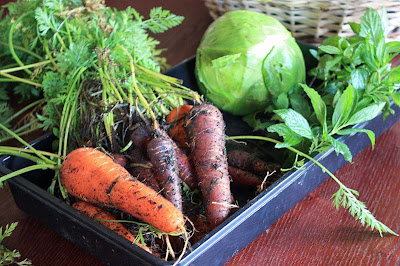 Here is our harvest: Carrots (some with signs of carrot fly), a cabbage, mint herbs 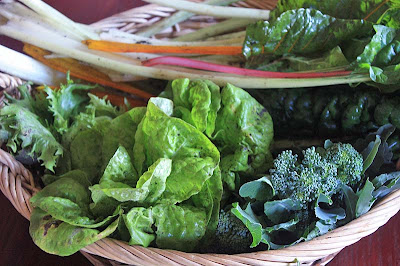 Chard, broccoli and a handful of baby lettuces. Not bad for a few hours work. And thank fully the rain stayed off.