The sunflowers and marigolds came and went

Look at this weekends harvest 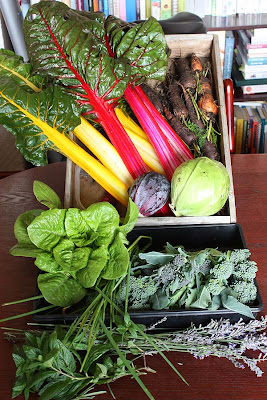 We pulled out some carrots, some of which have signs of carrot fly, two cabbages, some PSB, sprouting broccoli, runner and climbing green beans, chard, about 100g of raspberries, herbs and some more lavender. I am leaving the rest for the birds.

It was a very short visit to the allotment yesterday due to the weather. For those of you living in the U.K will have heard that there were floods in some parts of Scotland. 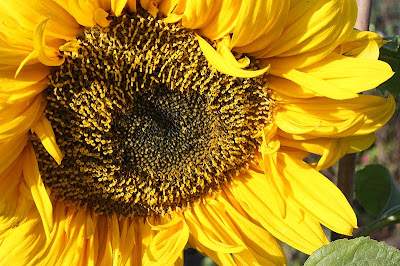 The strong sideways wind have knocked all my dwarf sunflowers to the ground and the marigolds dead-headed not too long ago have all turned to mush due to the battering and downpour of rain. 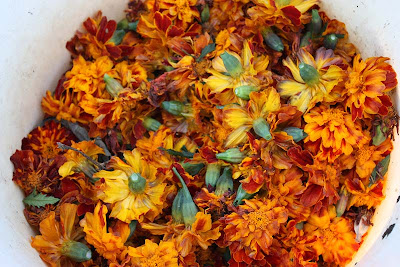 Before leaving, I scanned over the plot, there is so much still to do. As a weekend allotment grower I can only hope we get a dry day next weekend.

We have ten beds, the two by the entrance are flower, herb and perennial beds. Two others have already been cleared, dug over and covered. Two have fenugreek and strawberries (which needs tidying). Meaning I have four beds to clear. These are the Legume bed 2 which I think may have given us our last runner and climbing beans. The other three are a bit of a mish mash, meaning half of each are cleared the other half still have vegetables growing it them. For example, leeks, parsnips, beetroot and chard. As much as I am loving my chard, I have planted them here, there and everywhere, so some of them will have to be dug out, dug over and covered for the winter. The sunflowers and marigolds will all have to be pulled out too. There time has come and gone.

The hut was also letting in water somewhere, so that will need to be seen to as well.
The good thing is we still have so much growing. There are leeks, parsnips, beetroot, various red and green cabbages, Brussels sprouts, curly kale, PSB, white broccoli and sprouting broccoli, Purple queen cauliflower (if they flourish), carrots in a plastic tub, Jerusalem artichokes, lettuces, fenugreek and various hardy herbs. So it's not all bad.