October Comes To My Kitchen

Some of you may remember that we had friends coming over from America for holidays. 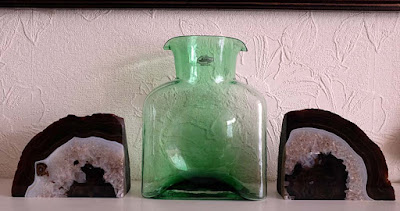 The spring green glass double spout water pitcher or vase is taking centre stage on the mantelpiece.  For those of you wondering what's surrounding it are Agates. The room is dark, in fact our whole house is dark, so its not shown in its best light. 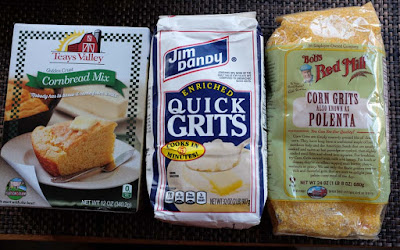 They asked me if I wanted any specialist American ingredients? And yes, I requested they bring some Quick Grits and Cornbread Mix, two ingredients that are not easy to get there.  I have never tried grits, so am looking forward to it.  Cornbread I have, having made some at home a long long time ago.

I would like to point out that I bought lots of good stuff for them to eat: Welsh cheese and drink: Welsh beer/s while they were here; an I cooked loads of good food at home including Plum and Chickpea Curry, Green Bean Korma and Rhubarb and Lentil Curry.  D took loads of photographs for me to blog about, but unfortunately whilst in his happy intoxicated state he pressed the delete button by error and lost them all.  I was gutted, but not as much as him.  We went to a music gig and were so up close and personal to the singer that all those photographs got lost too, such a shame. 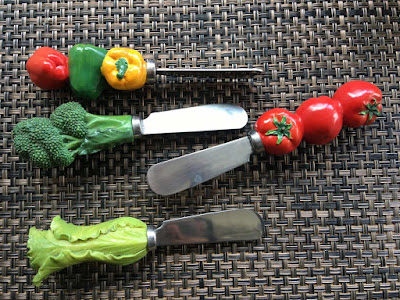 I rarely get to use these butter knives, so was pleased that I was able to when I made a platter of cheese, bread and fruit.  My friend did tell me to take a picture, but I didn't as you can see from the first picture taken during the day-time, the cheese platter in the evening would not have come out  well, but i wish i had it was a good cheese and bread platter. 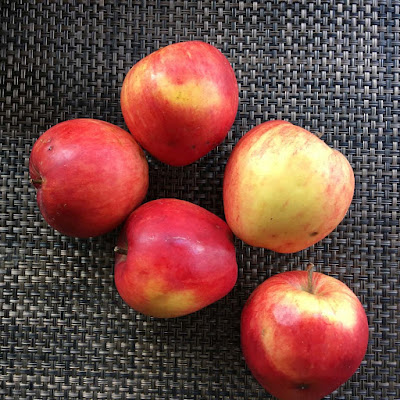 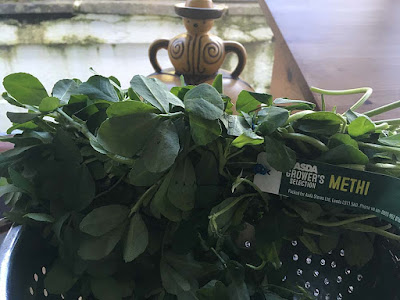 We went to the supermarket in the big city and found some fresh fenugreek also known as Methi, regular readers will know that I cook with this ingredient quite  bit and I have plans to make a Cauliflower Curry soon. 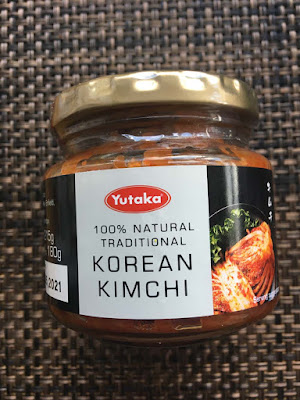 I picked up this jar of Korean Kimchi from the supermarket, I just couldn't resist. 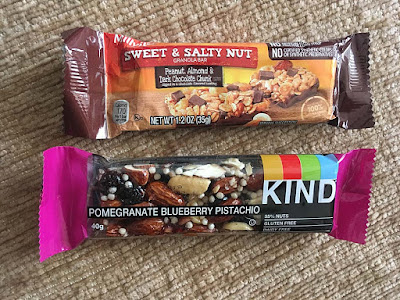 I have some cereal bars.  The one above is Sweet and Salty Nut left by my guests; and the one below is Pomegranate Blueberry Pistachio that I picked up at an work related event to try.  It's good, but its not a cereal bar as such, but sticky nuts glued together with blueberries and pomegranate molasses. 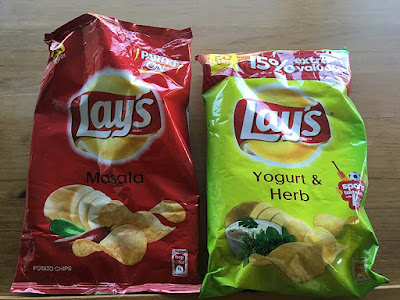 In my kitchen were these two bags of Lays crisp.  One was flavoured Yogurt and Herb, which i thought be more like Chive and Soured cream, but it was a bit dull, whereas the Masala one was much nicer and tangy. 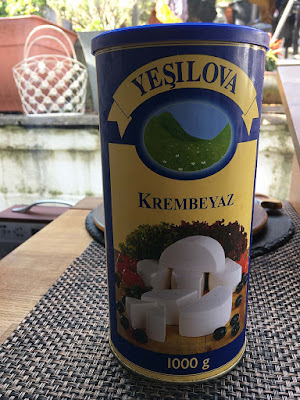 D was going through boxes in the garage.  We have feta cheese in the fridge all the time to make Double Potato Feta Bake, but we thought we'd try this large can of Kembeyaz cheese for a change, plus it was a reasonable price.  It was very mild, softer than feta, but okay. 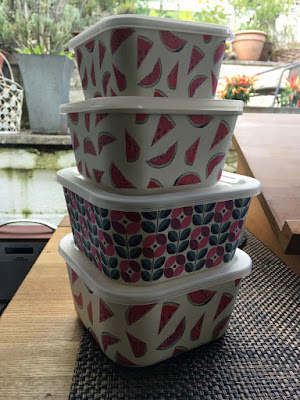 I picked up some more bamboo lunch boxes in different patterns.  My one issue with these are the lids, they crack and its hard to find replacements, so I am looking to invest in some silicon stretch lids. 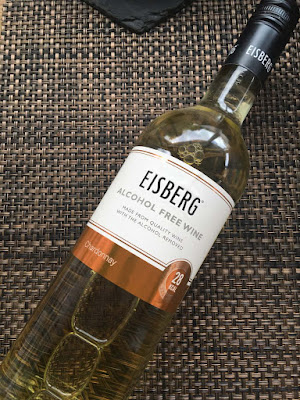 At work we had a celebratory event, and not many people drank the alcoholic free white wine.  There were a number of bottles left, I cheekily asked if I could take a bottle home with me as I quite liked it and was permitted to.

I would like to point out that I bought lots of good stuff for them to eat and drink while they were here; an I cooked loads of good food at home.  D took loads of photographs for me to blog about, but unfortunately whilst in his intoxicated state he deleted them all by error.  I was gutted, but not as much as him, as we went to a music gig and were so up close and personal to the singer that all those photographs got lost too.

I am sharing this blog post with Sherry's Pickings for the In My Kitchen series.  If you would like to join in, send your post to Sherry by the 13th of the month