Dandelion 'Honey', Gingerbread Syrup and Chocolate Wine In My Kitchen

In my kitchen, I have some foraged cooking apples bestowed upon us by our neighbours.  We have good neighbours the only thing that makes me frown now and again is their barking mad Jack Russel.  The little thing is territorial and thinks that our front garden is his territory and the naughty little thing has even found his way into our back garden.

When we bought the place a few years back, the previous owner who had a Sheep dog told us that the neighbours dog did not get on well with his dog, I did not think anything of it, but it concerns me a little now as one day we hope to adopt a dog of our own and this little beastie will make it nervous, but I guess we will cross that bridge when the time comes.  I am thankful for now to have good neighbours touch wood. 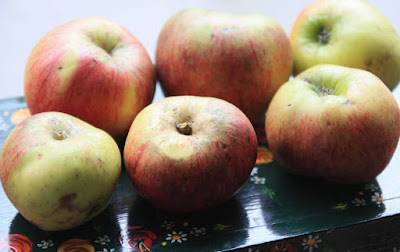 I've made a few recipes with the foraged apples, obviously Apple Crumble and Dorset Apple Cake, Apple Scrump but one recipe I really want to make is Green Gourmet Giraffes popular Apple Slice. 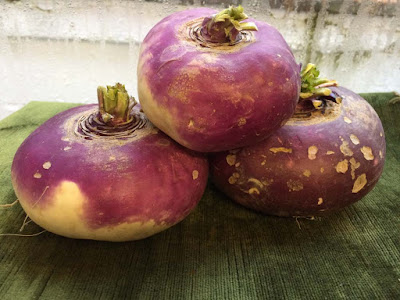 Last weekend we went into Cardiff to wander around the Christmas market and the shops, yes Christmas shopping has begun in earnest.  We walked passed some shops and picked up some turnips , a little damage, but its one of D's favourite vegetables so I picked up three.  I have only used one of them so far for Turnip and Potato Gratin.  I am still thinking about what to do with the other two. 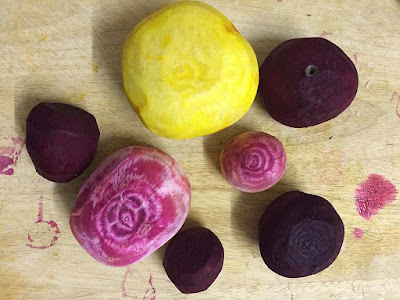 We also picked up a punnet of beetroot: Golden Beetroot, Chioggia Beetroot and Red Beetroot.  I wanted to be more creative with them, but ended up using them all for one dish which was a Sri Lankan Beetroot Curry. 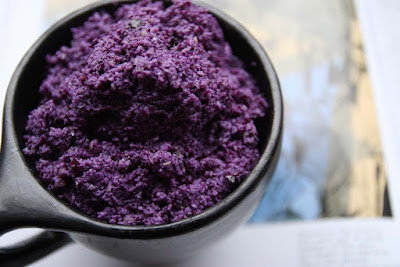 I have had half a red cabbage in the fridge for a while and was inspired to make Red Cabbage Purple Pesto.  I've used it in a number of recipe which I will showcase in the next few days, but don't you think the colour is Amazing. 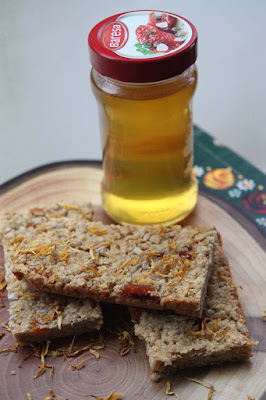 A new work colleague gave me not one not two but three jars of her homemade Dandelion Honey which happens to be vegan.  She is so generous.  I have been loving the stuff and using it in place of bee honey and golden syrup.  for example, I used it recently in these Apricot, Marigold and Dandelion Flapjacks.  She keeps saying you want more, tell me and I bring you more. 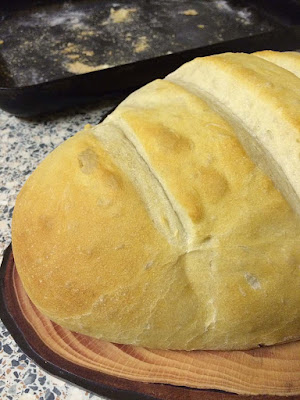 I made some bread over the weekend with some fresh yeast.  It wasn't perfect but good enough to serve to others, but good enough for us to eat.  I seem to have lost my knack for making bread from scratch, relying way too much on the bread machine.  I am hoping to remedy that by attempting to make bread from scratch every weekend; and hopefully next year you will see more homemade bread featured on my blog. 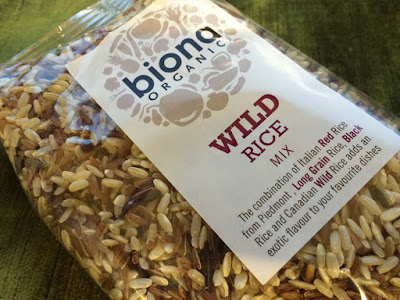 I have some Wild Rice Mix.  I 've been eating a lot of pasta salads for lunch and want a change so am looking forward to making something a bit more interesting with this packet of Wild Rice Mix. 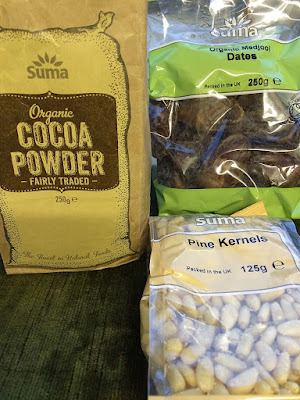 I also have Cocoa Powder, Medjool Date and Pine Kernels. 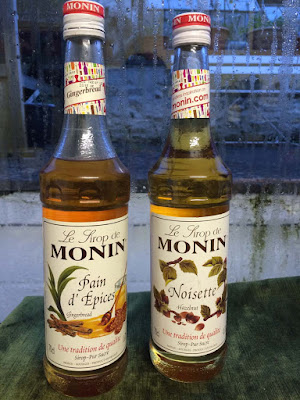 Whilst we were in Cardiff D picked up Monin Hazelnut Syrup, I don't know why as we still have a full bottle of Monin Gingerbread Syrup perhaps past its best before date.  And when I open my kitchen cupboards, there is also Cranberry Syrup and Violet Syrup.  He said that this one was for pouring over ice-cream, pancakes and for my posh coffee. 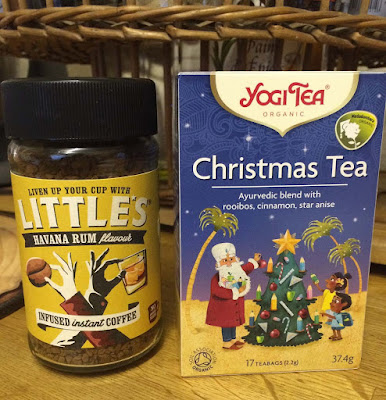 Talking about flavoured coffee, he also picked up for me of course a jar of Little's Banana Rum infused Instant Coffee.  When I met D all those years ago at college, I remember him telling me of his time in the States and working in a little coffee shop where they served Banana flavoured coffee.  Since then we have been seeking a Banoffee flavoured coffee and have failed miserably. This is the first time we have come across something close.  Its sweet - let me tell you that.  I also have some Christmas Tea.  I haven't tried it yet but will do so in the next few days. It was my Birthday in November.  I got a lot of presents mostly for the kitchen which I will share in January, but one I had to share was this Marmite Chocolate given to me by a good work colleague. 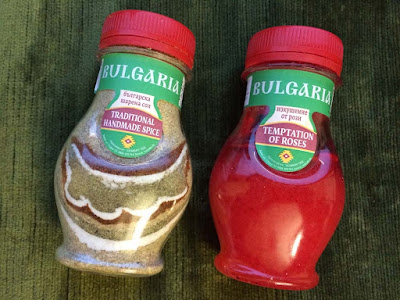 The same friend went to Bulgaria for holiday and she brought me back these two jars: Bulgarian Spice Blend and Rose Syrup.  I hope I use it and not just leave it on the side as an ornament. 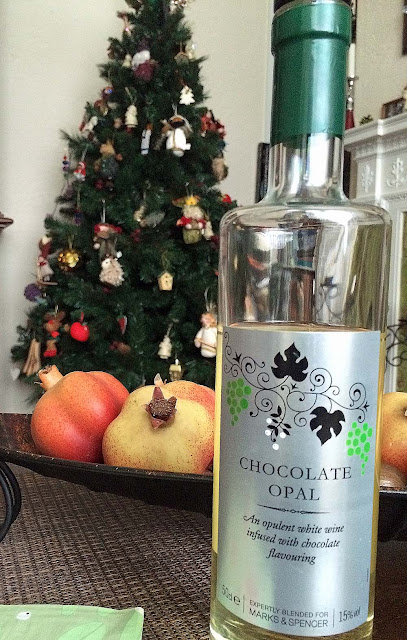 And finally, a bottle of Chocolate flavoured white wine.  I opened a bottle of wine over the weekend.  I was expecting it to be subtle in the chocolate flavour bu it was sickly sweet - a dessert wine.  D tried a drop and turned around and said it was all mine.

In my Kitchen is hosted by Bizzy Lizzy's Good Things.  In My Kitchen is a event for food bloggers to share what in their kitchen from all around the world, it was started by Celia who blogs over at Fig Jam and Lime Cordial.