Welsh Nosh and Welsh Things In My Kitchen

In the past, Celia from Fig Jam and Lime Cordial who hosts In My Kitchen (IMK) series has been kind enough to give me the opportunity to showcase my new Welsh kitchen when I moved home.

Now nearly a year on I am going to share some other Welsh things and nibbles.  So what's in my kitchen for March?!  As we just celebrated St David's Day in Wales I thought IMK this month would have a distinct Welsh influence. 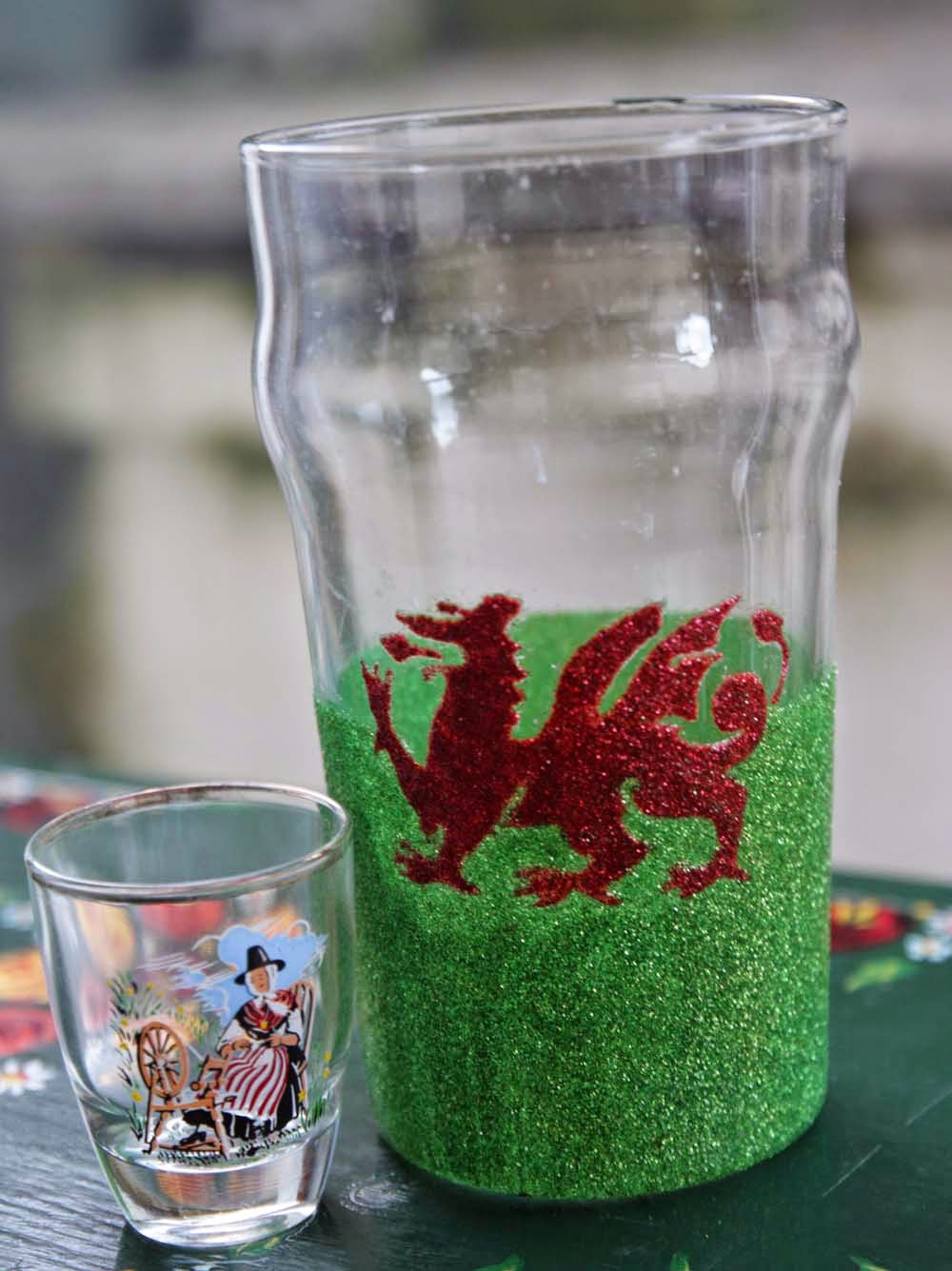 I am not a beer drinker at all, but I had to have this glittery beer glass.  It will probably never be used for drinking, but it looks pretty.  I may just fill it up with pens and pencils and put it on a table; or fill it up with daffodils when they pop up in our garden.  Next to this big glass is a little Welsh shot glass, look close and you will see a little Welsh lady. 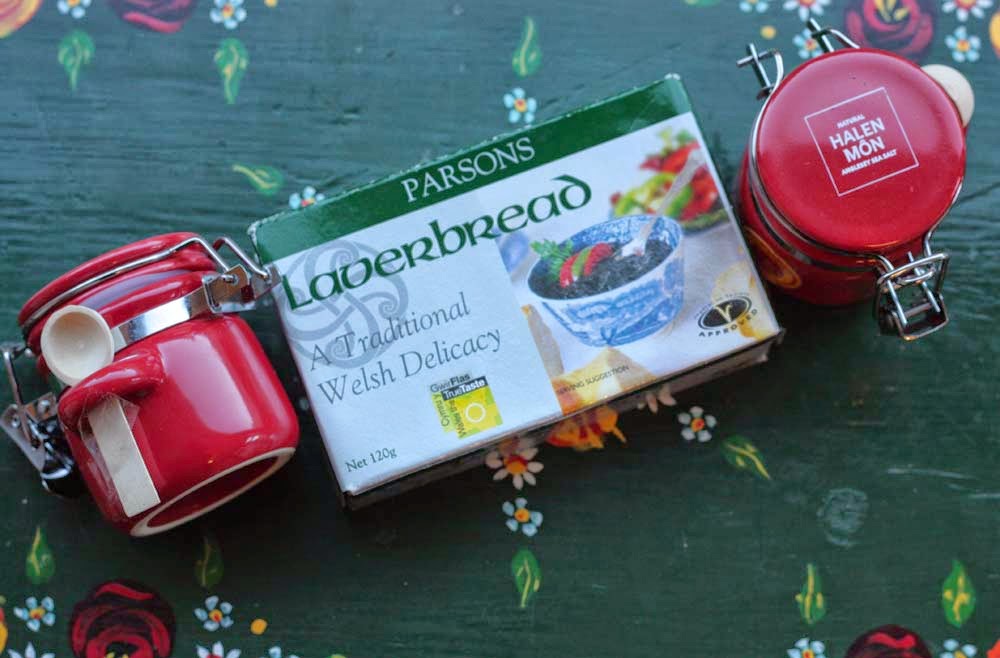 I have some Laverbread: a traditional Welsh delicacy that is often just spread on toast.   I have made some vegetarian recipes in the past with it like vegetarian burgers and pie, but I have recently made some new ones over the weekend, I will showcase them in the coming days, if you interested.  In the dainty red ceramic jar, we have Halen Mon Anglesey sea-salt that was gifted to me a little while back. 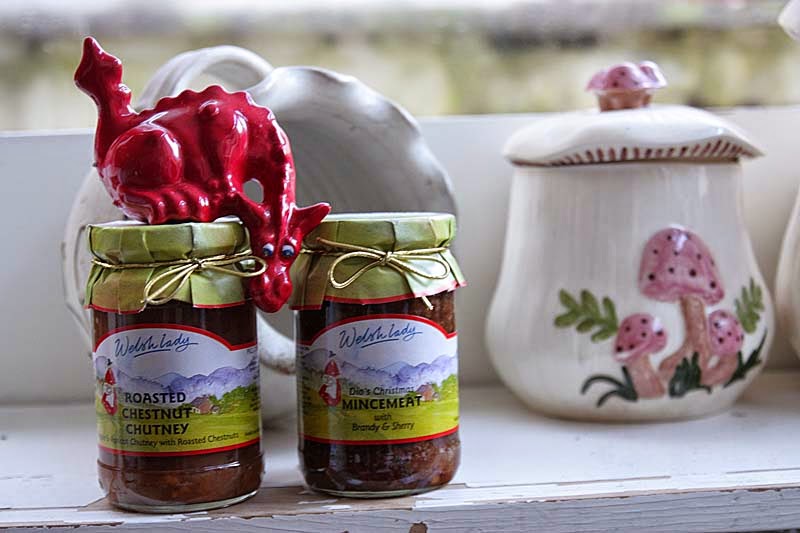 Lurking back at the back of my cupboards in the kitchen, I found two Welsh Lady jars, one contains Roasted Chestnut Chutney and the other Mincemeat. You may not the little red ceramic dragon sitting on top of the left jar, I picked the cute little dragon from a crafts fair around Christmas time. 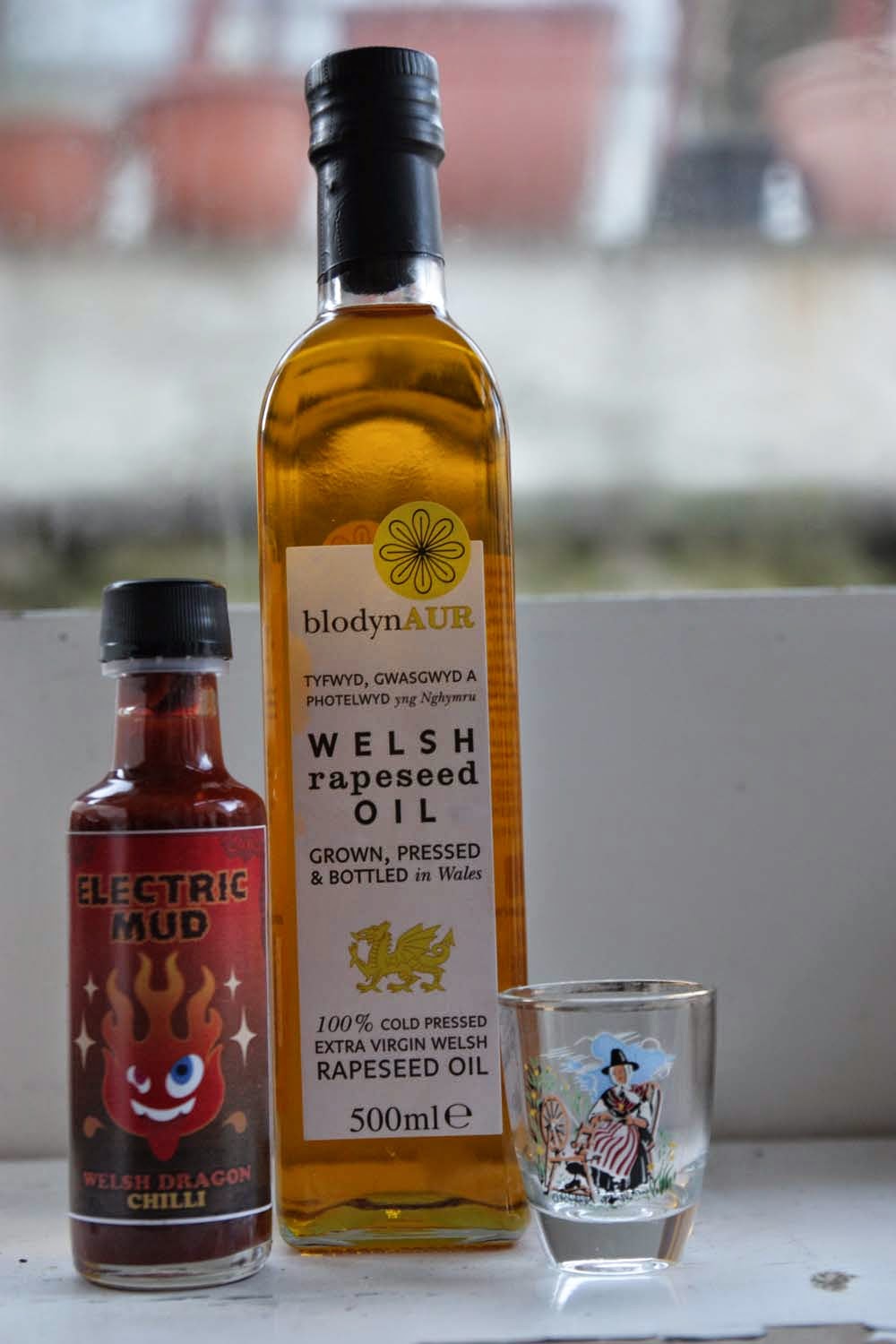 Next we have 100% Welsh Extra Virgin Rapeseed Oil by Blodyn Aur.  It's been a while since I've used Rapeseed oil, the last time was actually when I lived in Scotland and I picked one up from the farmers market then. I am looking forward to using this mostly on salads.  Next to it, we have a Welsh Dragon Chilli Sauce called Electric Mud.  I picked this up when I was in Cardiff from the Riverside Market.  It is extremely hot and to be used in very small drops. 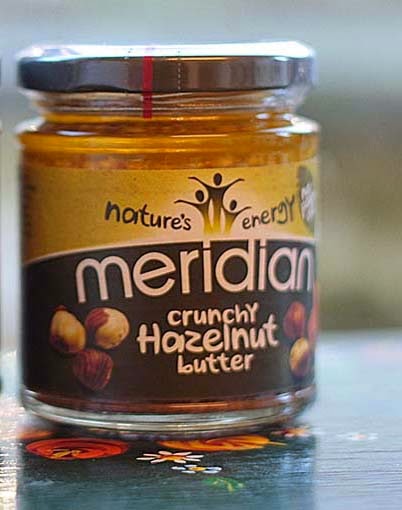 Meridian Crunchy Hazelnut Butter.  I love the new look!.  Meridian are based in North Wales.  I have their peanut butter loads of times in the past, but this Hazelnut Butter is new to me, looking forward to spreading it on some toasted bage. 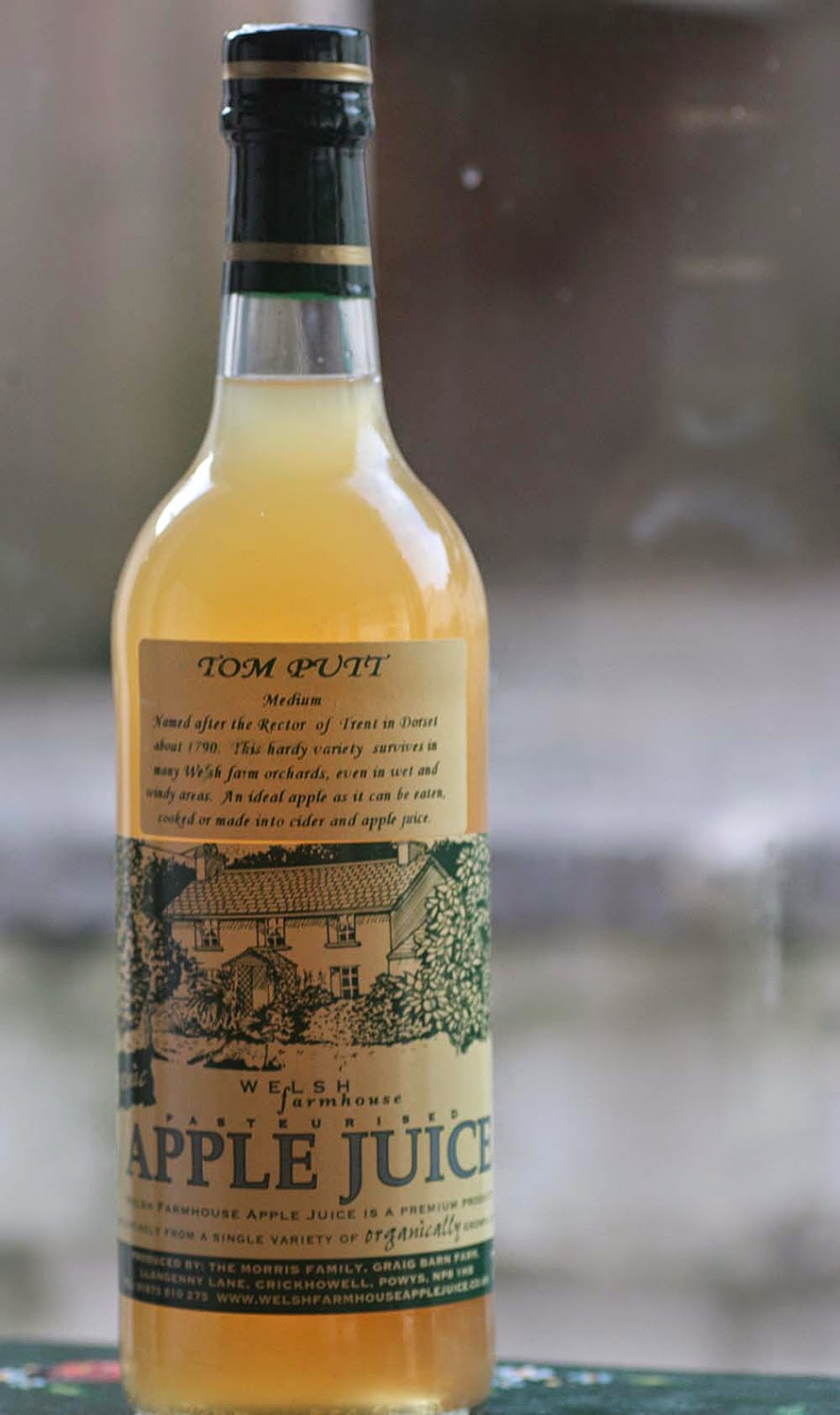 D was given this bottle of Tom Putt Welsh farmhouse apple juice by my mother. Its all gone; and guess what he did not share any with me - guzzle guts. 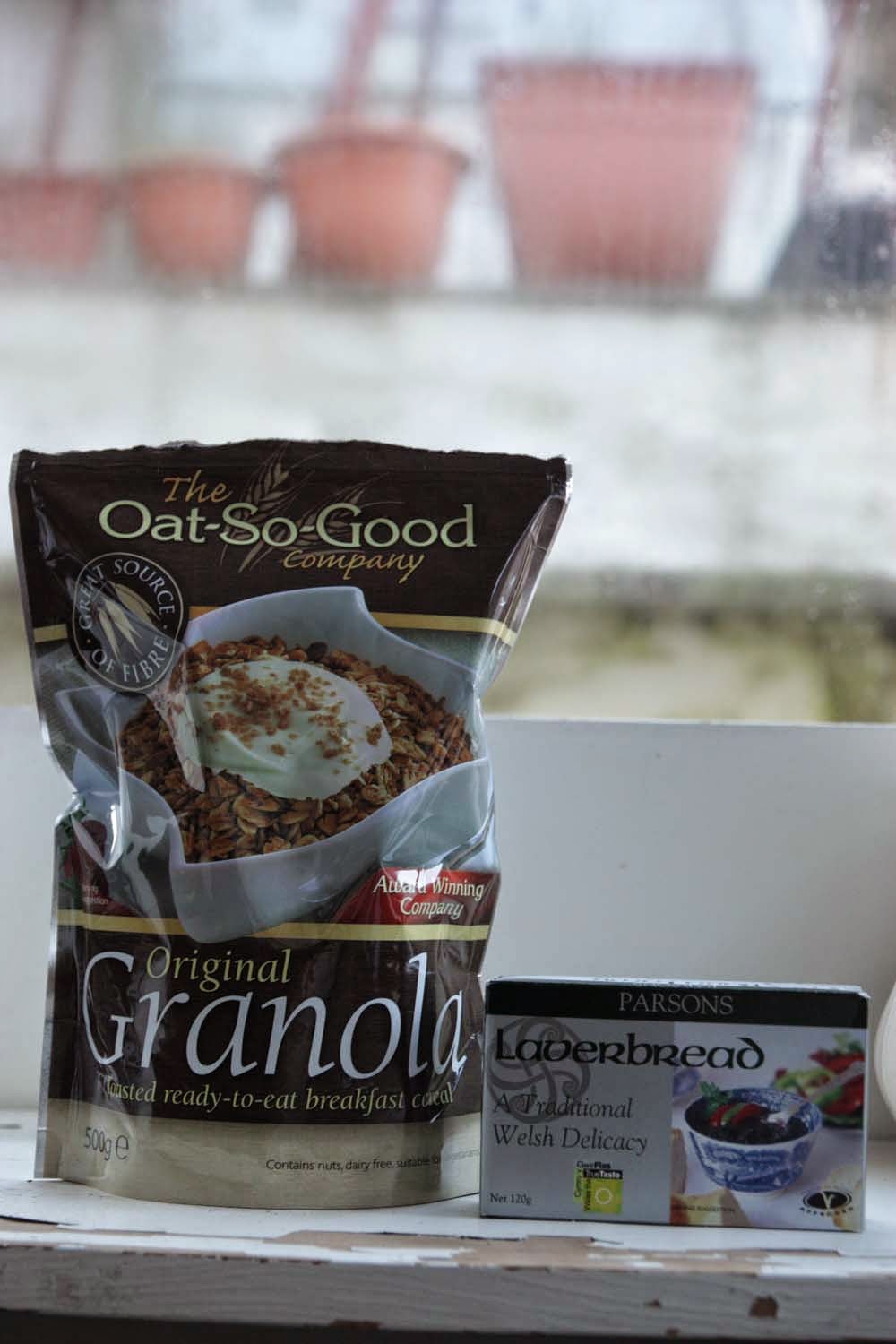 Even though I have been making my own granola and muesli, sometimes its nice to try different varieties.  So recently for breakfast I opened up this packet of Oat So Good Granola, it's made by a traditional family owned cereal company based in Swansea. 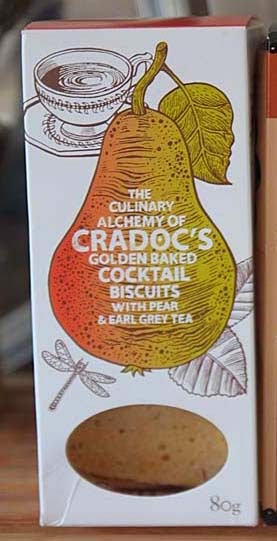 I still haven't opened this packet of Golden Baked Biscuits with Pear and Earl Grey Tea made by Culinary Alchemy of Cradocs.  I am hoping to tear open the box come this weekend 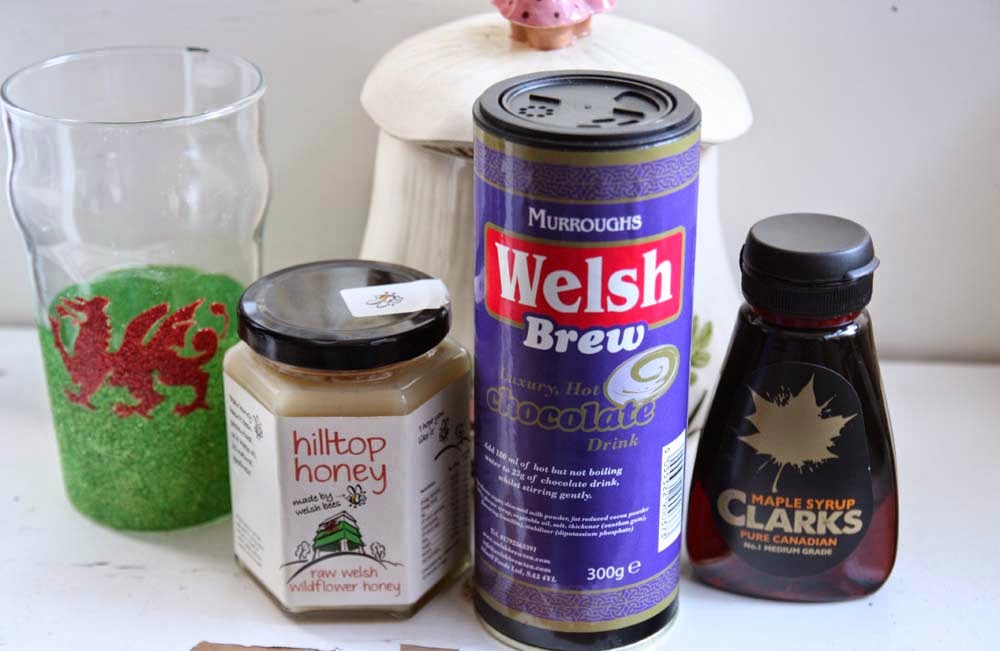 In my kitchen, I also have a jar of raw creamed Hilltop Honey that I actually stole from my mother (shame on me), she was not happy.  There is maple syrup from Clarks a company based in South Wales.  And Murroughs Welsh Brew Hot Chocolate.  I've had Murroughs Welsh Tea in the past as shared in this post, but as its still very wintry here, I thought I would trey out the hot chocolate too. 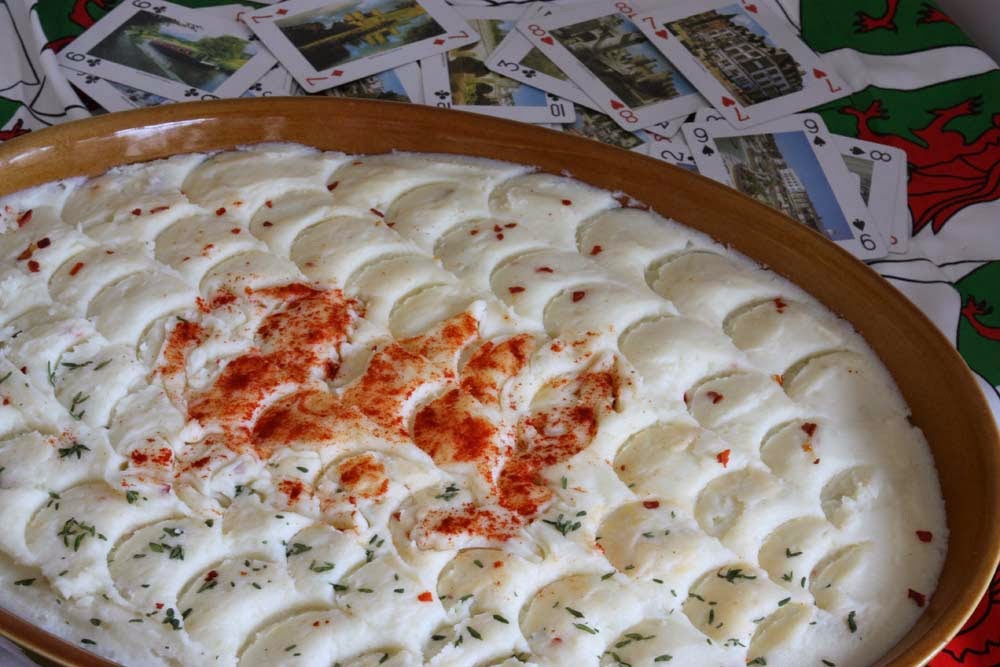 And finally, we are still feasting on this home-made vegetarian Red Welsh Dragon Pie that I made yesterday for St David's Day.  I am sharing this post with Celia at Fig and Jam for March 2015 edition of In My Kitchen Series. Please do go by and check out her post as well as the other IMK posts.