I realise that I have not up-dated you on my tiny garden plot recently. The weather has been extremely dreich (a Scottish dialect for dreary) and miserable. 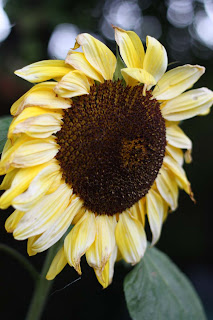 Every time we make plans to work our little bit of land, it doesn’t just rain – it literally pours - buckets full too. So garden work has been postponed a number of times. But I have managed to pick some veg. 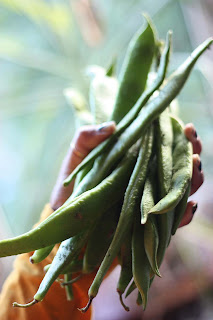 A handful of runner beans 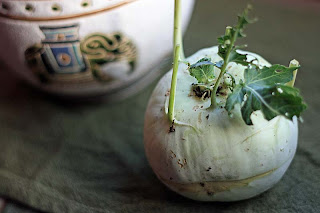 last of the kohlrabi, a bunch of bolted chard and two of these fennels. This year I’ve grown the fennel in pots, they’ve done really well 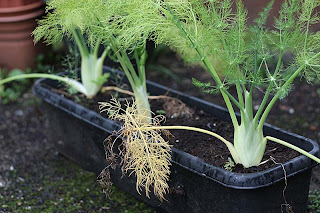 The beauty of growing your own fennel is you get the glamorous green feather fronds. They are pretty for the table, but good for garnishing too. You can mince a tablespoon and scatter over this dish if you wish too. 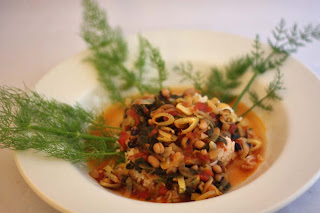 Once ladled over the rice, this Black eyed bean dish with fennel and chard was soupy like. For me it was one to eat with a spoon, but D was happy with his knife and fork. The fennel flavour is faint in the background, not dominating the dish too much. It was also very light, leaving room for something sweet later. 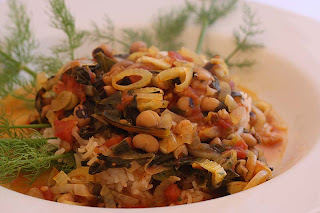 Chard and Fennel with Black – eyed beans
Serves 2 - 4
Ingredients
2 bulbs of fennel
3 tablespoons olive oil
1 large onion, sliced
2 cloves garlic, crushed
1 x 400g tomatoes, chopped
½ - 1 teaspoon fennel seeds
300ml vegetable stock
1 x 400g tin of black-eyed beans, drained and rinsed
160g Swiss chard, leaves only, washed and roughly chopped
Salt and pepper to taste
Optional: 1 tablespoon fronds from the fennel, minced OR a handful of fresh coriander, chopped
Method
Trim the roots from the fennel and remove and discard the outer leaves. Slice the fennel thinly.
Heat the oil in a large saucepan. Add the onion and fennel and fry over low heat for about 10 minutes until very soft and lightly coloured. Add the garlic and cook for 1 further minute. Stir in the coriander, tomatoes, fennel seeds, stock and cooked beans. Season to taste with salt and pepper. Partially cover with a lid and simmer for 10 minutes. Add the greens and simmer uncovered for 10 minutes, until slightly reduced and well flavoured. Stir in optional minced fennel fronds or coriander. Serve with rice.